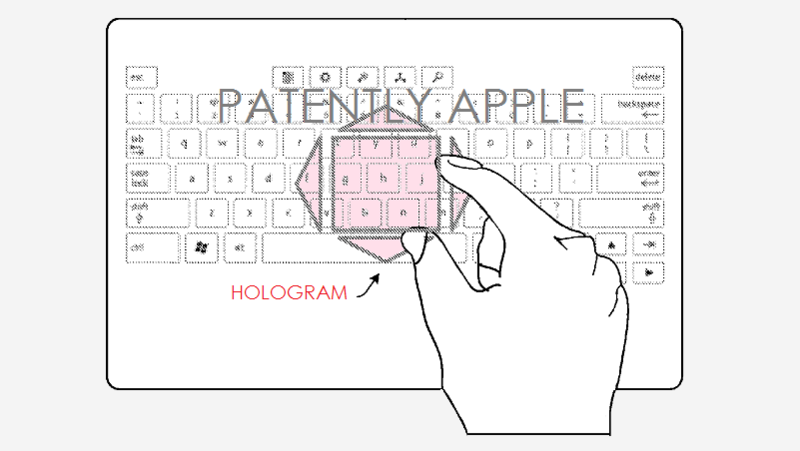 Microsoft introduced a possible Oculus Rift killer in January called the HoloLens. Whether they can get that to market for Xbox games in a timely manner is another matter. Microsoft updated and discussed their HoloLens device last month during their BUILD developer conference. Now a patent application has been discovered by Patently Mobile that illustrates how Microsoft is trying to bring a part of their HoloLens experience and technology and extend it to future versions of their Surface devices without the need of glasses. The invention reveals a unique light source that could be applied to a future version of their Surface device that could generate a holographic layer that floats just over the surface of keyboard. The holographic layer could present a secondary user interface that could double as an Xbox game controller and beyond.

Apple revealed a similar concept back in February 2014 for a "reconfigurable MacBook Surface." Apple's original work dated back to 2011 in two separate patent filings (one and two) describing a "live surface" that would be able to change a virtual keyboard into a piano keyboard and beyond -– but it didn't involve a holographic technique which is unique to Microsoft's patent application/invention. For more on this invention, see our full Patently Mobile report here. 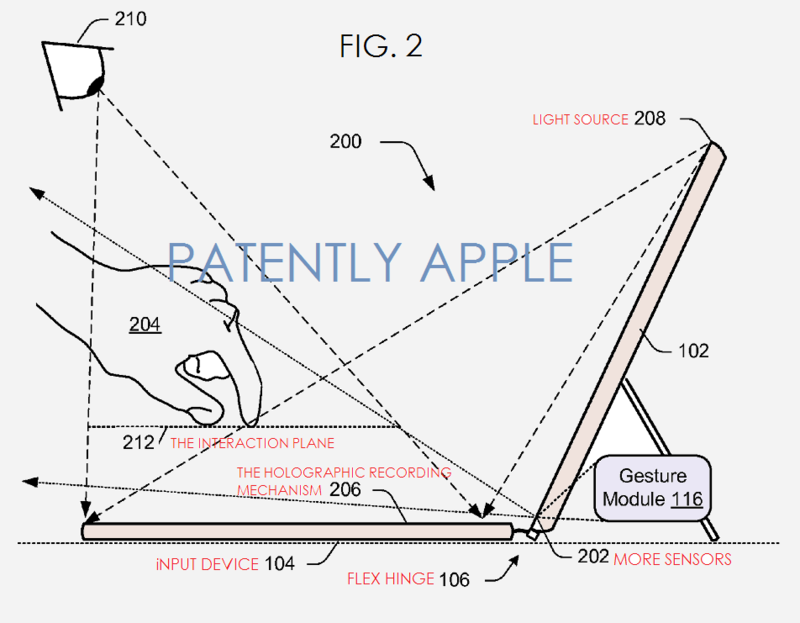