According to a newly published IDF report, worldwide PC shipments are expected to fall by -6.2% in 2015. This will be the fourth consecutive year of declining volume as the PC market continues to struggle with competition from tablets and smartphones and generally low demand. On the flip-side, Apple's CEO Tim Cook noted during Apple's Financial Conference Call back in January that Apple sold 5.5 million Macs which was 700,000 units over last year representing a 14% growth rate. Cook added that Apple had gained PC market share in 34 of the last 35 quarters. So IDC's stats are not representing how Apple has been bucking the global PC trend.

With that said, IDC's report continued by stating that the market almost saw stable shipments in mid-2014 as the end of support for Windows XP boosted demand for replacements, but that cycle has passed and been replaced by a reduction in inventory on the supply side as the market awaits the arrival of Windows 10 this summer.

Windows 10 should be a significant contributor to the PC market – providing an upgrade path from Windows 7 for commercial users and a range of features boosting convenience and integrating the user experience across platforms. Nevertheless, IDC thinks that changes like the free upgrade option for consumers and platform integration aren't expected to drive a surge in new PC shipments.

IDC further notes that the commercial segment is expected to evaluate the OS before deploying it and most new commercial PCs will be replacement systems. The consumer transition to Windows 10 should happen quickly, but the free upgrade reduces the need for a new PC and IDC expects many consumers will continue to prioritize spending on phones, tablets, and wearable devices like the Apple Watch during the holiday season. 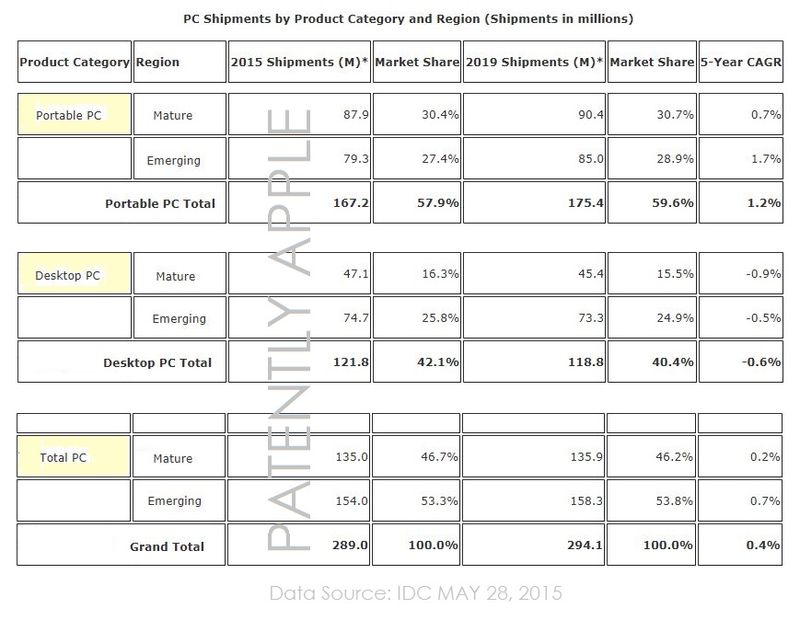 In the end, Loren Loverde, Vice President, Worldwide PC Trackers stated for this report that "Microsoft and PC vendors still need to convince users of the advantages of the new OS and new PCs, which will take some time. In addition to educating clients, they'll face tough competition from other devices, and weak spending in many regions. As a result, IDC sees PC shipments stabilizing in 2016, followed by limited growth for the next few years."