The U.S. Patent & Trademark Office revealed a Samsung patent application this week relating to an all-new dual OS operating system hybrid device. A Samsung Galaxy Note, for instance, would naturally run Android when in smartphone mode. When the Note smartphone is docked inside a notebook-like shell companion component, it would automatically switch to running the Windows operating system, such as Windows 10. This could be a sign marking a huge future move into the enterprise space where Apple is currently winning handily.

Such a move by Samsung could mark an interesting development. It could be seen as a direct first-step attempt towards challenging Apple's iPhone and iPad in the enterprise that is now being supercharged with their new Apple + IBM MobileFirst strategy. To understand why this single hybrid device could be seen as a threat, read our full Patently Mobile report here. 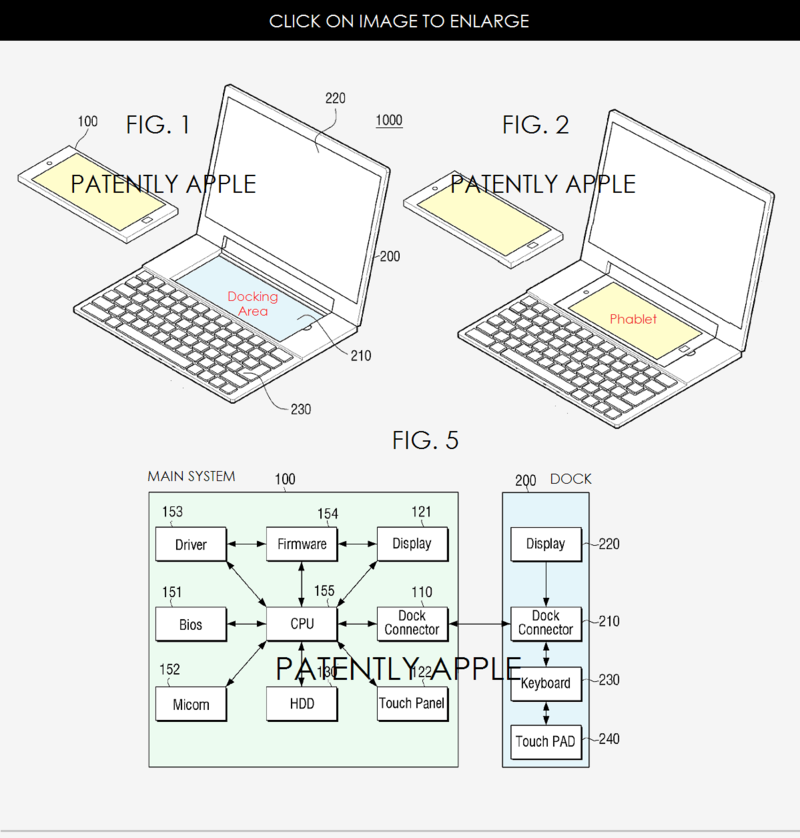