The brutal truth is that Apple had the highest score for overall user satisfaction. In fact, Apple has been top-rated every year since Consumer Reports first asked consumers about tech support back in 2007.

The bottom line was simple. If you want an army of geeks that you can count on to tame an unruly computer, you'd better buy a Macintosh: Apple tech support is by far the most effective of any computer brands.

With most Windows PCs, there's only a 50-50 chance that a manufacturer's tech support will do the trick. The help desks at Windows PC companies often didn't live up to that name. For four of the six PC brands in the survey, tech support solved only half of the problems consumers brought to them. Even the best of them—Lenovo and Dell—came through just 61 percent of the time. 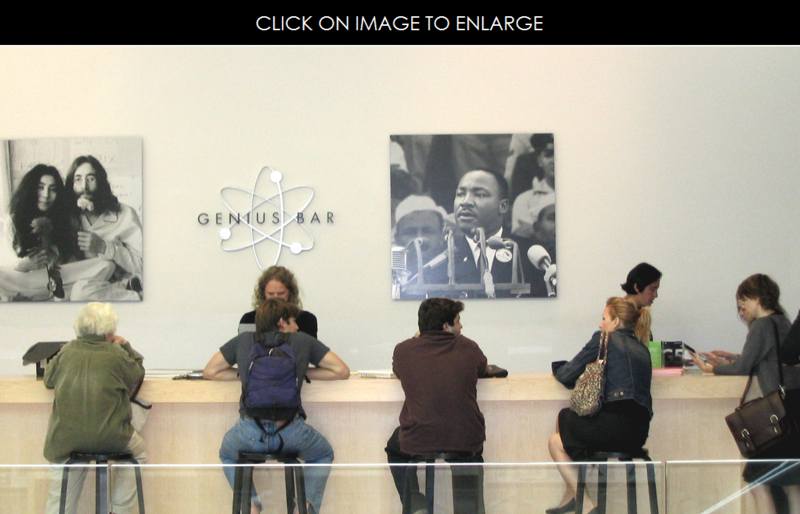 The report further noted that the Genius Bars in Apple retail stores offer free lifetime support. With the other services, you generally have to pay for help. And while prices will greatly vary, Best Buy's Geek Squad offers unlimited troubleshooting for three devices for $200 per year. That could add up really fast if you only upgrade every three or four years. That's an extra $600-$800 you have to add to the price of a PC. Though some will say that's fine considering that Apple's iMac and MacBooks especially sell at much higher prices.

At the end of the day, the bottom line from the Consumer Reports article, which will be on newsstands with their July issue, is that Apple offers the best tech support on the market bar none.

On a personal note, I've had to use Apple's phone support three times over the last four years and every time they got my hardware back to health in record time, effortlessly and always courteously. Once it took a specialist from Texas to walk me through the solution, but I found that was even more impressive to see the extent that Apple would go to make sure my Mac was back up and running.

For my PC, the answers became monotonous: Do a restore and call us if that doesn't work – or, that's an operating system function and you have to pay more for that at the time of your hardware purchase or pay $50 to $100 per incident. If you want hassle free tech support, buy a Mac. And to be brutally honest, if you want to speak with a service rep that's fluent in English, buy a Mac.