The U.S. Patent and Trademark Office officially published a series of 29 newly granted patents for Apple Inc. today. Beyond covering Apple's granted patents earlier today for a 3D sensing device, Liquid Metal Screws and unique design patents, this report points you to three camera patent wins along with one covering the EarPod's electroformed housing. As usual, we wrap up this week's granted patent report with our traditional listing of the remaining granted patents that were issued to Apple today.

The one thing that you can count on from Apple is that when they introduce a new version of the iPhone every year, they're going to advance its camera. For camera buffs that want to review Apple's intellectual property in more depth, here are the latest three patent wins regarding Apple's iDevice cameras:

Camera Patent 2: Determining an In-Focus Position of a Lens

Apple's newly granted patent covers their invention relating to electroformed housings for electronic devices and methods. Apple's patent specifically covers the electoformed process behind the making of the EarPods' housing. 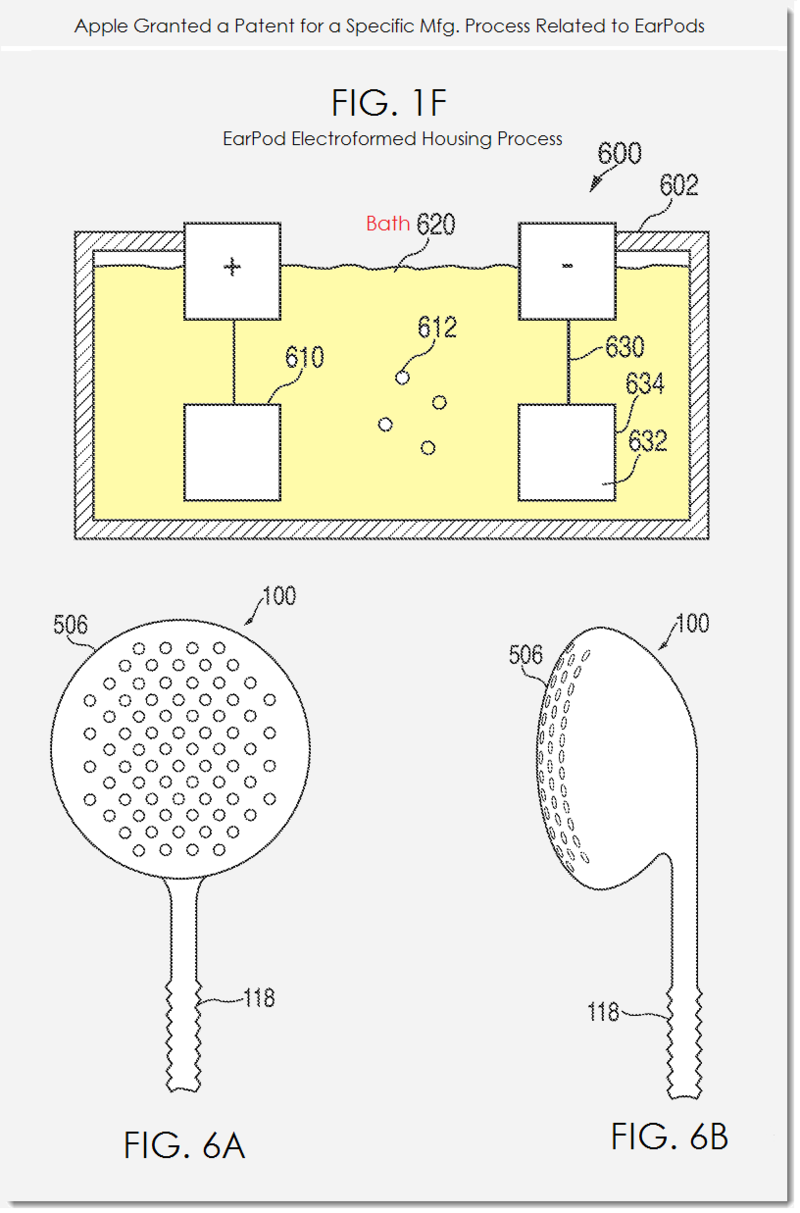 In an electroforming process, the material #612 from anode #610 is moved in bath #620 towards mandrel #632 forming cathode #630 when electric current #602 is applied between the anode and the cathode. The material may be deposited as a thin layer #634 on a surface of the mandrel and/or an electronic part exposed with a hole or an opening in the mandrel.

Apple credits Peter Russell-Clarke as the sole inventor of granted patent 9,031,276 which was originally filed in Q4 2012 and published today by the US Patent and Trademark Office. To review today's granted patent claims and details, see Apple's patent. 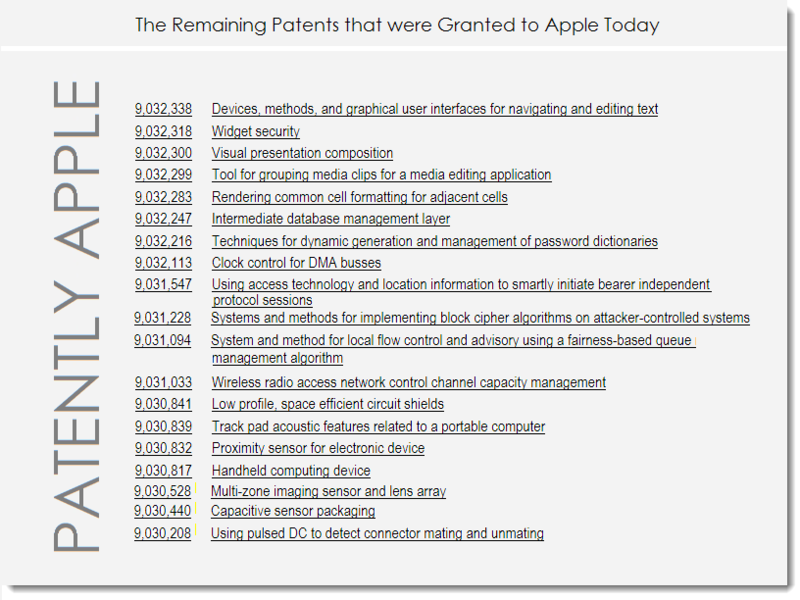