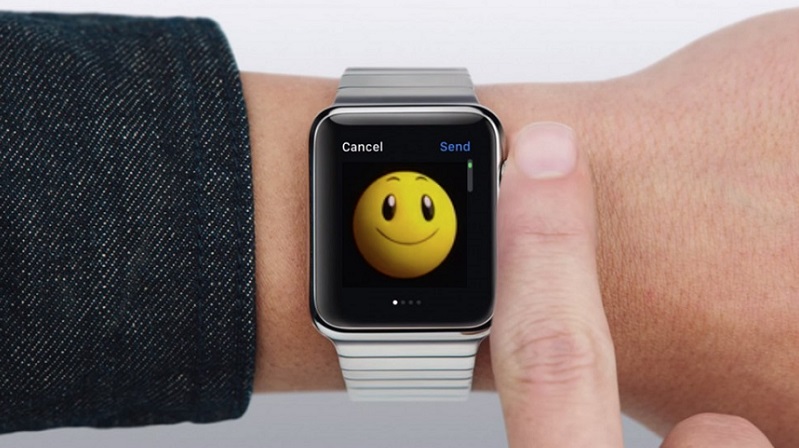 It's being reported today that the success of the Apple Watch preview that started on Friday, it's highly likely that Apple will quickly ramp production of the Apple Watch to meet demand. Apple is widely expected to disclose weekend pre-order numbers later this morning. Will Apple Watch orders beat out the expected 1 million pre-order mark that brokers and analysts have been projecting all month?

Piper Jaffray analyst Gene Munster said in a follow up note to clients that "Based on our observations and media reports, launch day supply was largely sold out within the first 10 to 30 minutes depending on model." Munster, who expects Apple to sell 2.3 million watches in the April-June quarter, expects Apple to ramp production between mid-May and June. Bank of America Merrill Lynch expects Apple to ship 4 million smartwatches in the quarter.

Pacific Crest analysts weighed in by saying that "We think the Apple Watch will be highly disruptive to the traditional fashion watch market." While only time will tell how accurate that statement is, the buzz found in Apple Stores over the last few days would seem to confirm that already. For more on this see the full Reuters report.

It's also newsworthy to note a C/NET report that was posted earlier today which stated that "Cowen and Co. analyst Timothy Arcuri, along with his fellow analysts at the firm, extrapolated the preorder number after analyzing Apple Stores in the San Francisco Bay Area over the weekend. 'We found several dozen salespeople per retail store who each had several dozen Apple Watch appointments during store hours,' the Cowen analysts wrote. 'Based on our discussions, these showings are translating into Apple Watch pre-orders 85-90% of the time.'"

That's what true buzz produces. How many competing watch stores can make that claim?