During the Samsung Galaxy Unpacked 2015 event in Barcelona last month, Samsung's head of global marketing, IT and Mobile Division Young-Hee Lee stated the following about the Galaxy S6 Edge: It's "The most advanced smartphone in the world, with a design to match." Lee further noted that "We've all dropped and shattered our smartphones before and it's a huge pain. Well, Gorilla Glass 4 has your back. So not only does it look great it's super tough. In fact it's the toughest in the market. Also, the special metal that we use is 50% stronger than the metal in other high-end smartphones. My first language may not be engineering but I do know that this phone will not bend." Well, a new independent test of the Galaxy S6 proves it does bend and that in fact, it's technically inferior to the iPhone 6 Plus. Samsung is caught in another bald-faced lie.

The company that is famous for their smartphone "Drop Tests" has now developed a new technical test for bending smartphones. The result is that the iPhone 6 Plus is stronger than the new Galaxy S6 and below is the video to prove it.

At the end of the day Young-Hee Lee has lost all credibility. The Galaxy S6 Edge that "does not bend" most certainly does at a breaking point inferior to the iPhone 6 Plus. The lie is for all to see, though for the sake of political correctness, we'll just say that Samsung's marketing was sadly untruthful. Take your pick. 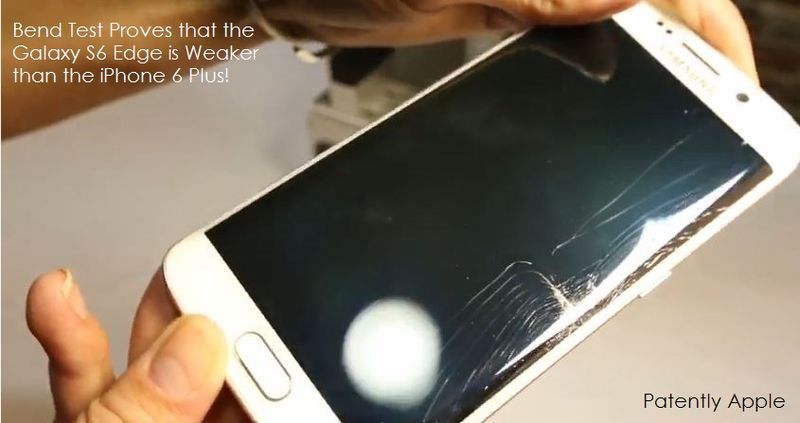