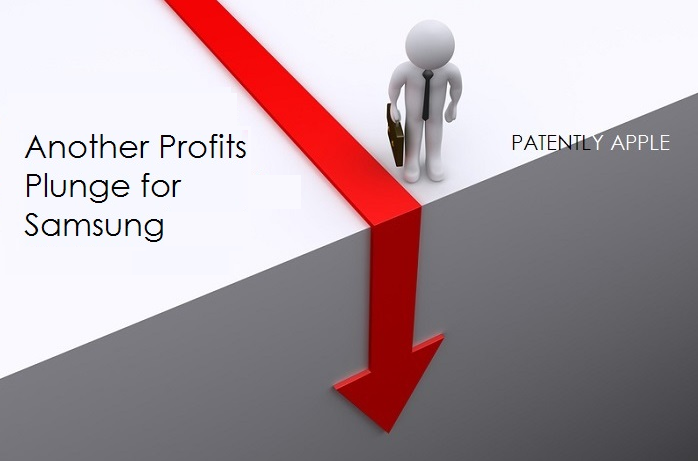 In a Korean regulatory filing, Samsung stated that its net profit plunged 39 percent in the first quarter from a year earlier due to sluggish device sales. The profits plunge is really much larger than the 31% that was anticipated in early April. In reality that's 39% after revising their numbers lower for Q1. So Samsung is playing with numbers and the press is eating it up and listening to the propaganda Samsung is singing about huge improvements. According to the filing, net income reached 4.63 trillion won ($4.32 billion) in the same period, compared with 7.6 trillion won a year earlier. 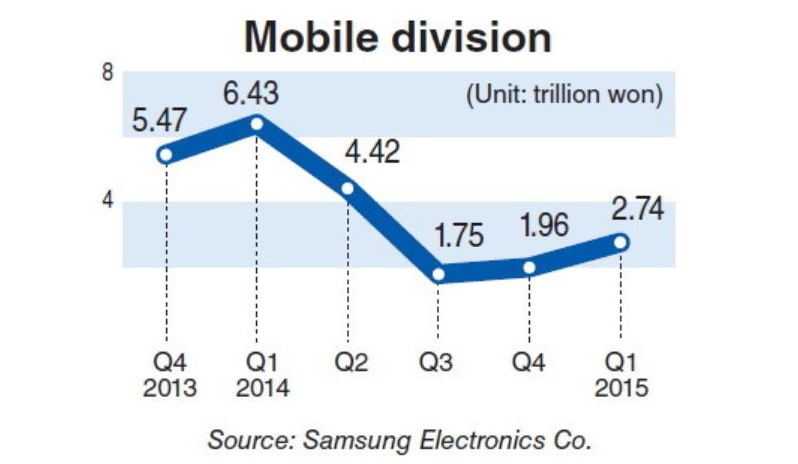 So what's the spin the Korean press is using this morning? According to a Korean report published earlier today, "The Company sold 83.2 million smartphones worldwide during the period, making up 24 percent of total global shipments. Apple posted 61.2 million unit sales."

Yet there's an important context to that sales figure they left out. In another report published this morning from The Korea Times they quote Park Jin-young, an executive in Samsung's handset division as saying that "Samsung sold 99 million handsets in the first quarter. The average selling price was $200 per unit." So once again Samsung is relying on "Volume Shipment Disease" to make it sound like being the world's handset leader has meaning when it doesn't with profits plunging again. The status of being the world's largest handset maker … a head of Apple … is delusional thinking by any in the tech press echoing this useless number in their headlines like one from the Guardian: "Samsung back on top as world's biggest smartphone manufacturer."

C/net reported late yesterday that Samsung "didn't disclose how many Galaxy phones it sold in the first quarter but said earnings for its mobile division "are expected to grow, due to increased global sales of the Galaxy S6 and S6 Edge." Still, the company cautioned that its total smartphone shipments in the second quarter will stay even with the first quarter because of a "possible decrease in sales of middle- to low-end models." It also said marketing expenses will increase as it pushes the Galaxy S6 and S6 Edge, and overall smartphone and tablet in the market should "stagnate."

That "possible decrease" will come from competitors like Xiaomi who is expected to launch their new Mi 4i in the Taiwan market on May 7, with its global vice president Hugo Barra presiding over the product event.

The Mi 4i will feature a 5-inch Sharp display with 441ppi at 1,920 by 1,080 resolution, Qualcomm 8-core CPU, and 13-megapixel main camera, running on Android 5. The Mi 4i is set to compete with HTC's Desire 826 and Samsung's Galaxy A7-series in the local market. The price will come in about $197-230 or about half of Samsung's price. And with Apple's iPhone 6 still on fire, their new high-end models will also be challenged throughout the quarter.

By the way, Apple's CFO forecasted a generous outlook for next quarter of about  $46-48 billion, up from $37 billion a year ago. So what stagnation is Samsung referring to?

In the end, despite false bylines of Samsung returning to greatness and smartphone leadership, the reality is that they're pushing "handsets" not smartphones to prop up their numbers, with handsets primarily selling for about $200. That shouldn't even be in context with Apple's true smartphone numbers. But it's Samsung's slimy tactic that the tech press eats up mindlessly at the snap of Samsung's fingers. That's why Tim Cook's commentary about the "Volume Disease" was just so bang on. Our report's byline this morning is the right one: "Samsung's Net Profit Plunges 39% in Q1 2015." It's plain and to the point; even if others are lured by Samsung's La-La-Land fairy tales and tactical twists.