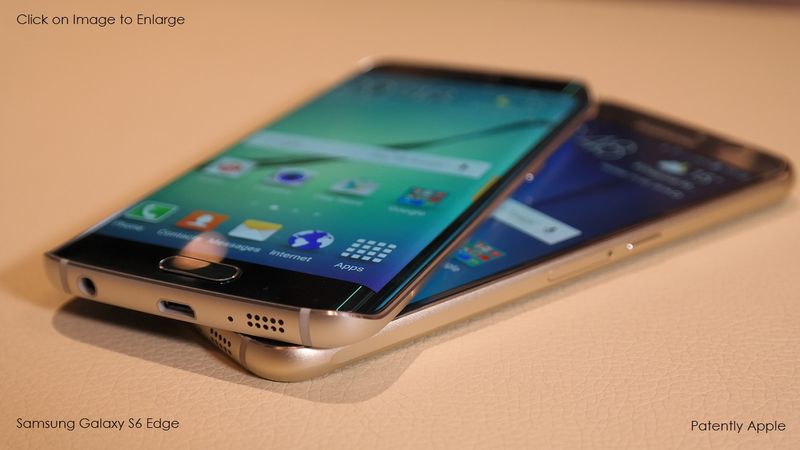 In one of yesterday's reports we noted that "Apple sold 61.2 million iPhones and Cook believes that there's still significant growth ahead for the iPhone 6 and 6 Plus as there's still evidence of momentum which could be bad news for Samsung and LG who are trying to sell new smartphone models." Evidence is now building that Samsung's come-back Galaxy S6 Edge isn't selling as well as expected. The Korean press noted last week that initial estimates for the Galaxy smartphones missed the mark by 33% casting clouds over the upbeat sales target of over 50 million units for 2015. Now the excuses from Samsung are beginning to surface which isn't a good sign for Samsung's new smartphone sales.

Let's get real. Samsung's management have been operating in crisis mode for some time now and they knew all too well the importance of delivering a homerun for their mobile division to get back to profitability. When the Galaxy S6 line-up was announced, their management puffed up expectations to fever pitch as they did for the failed S5. This was the year and the S6 was the phone that would remedy their losing streak.

Yet now that their initial numbers for pre-orders failed to materialize and were down 33%, the excuses are now beginning to roll out from Samsung. A new Korean report published today states that "Samsung Electronics is putting a lot of effort into improving processing of producing cover glass for Galaxy S6 Edge. It is because the current production method that they are using is costly and production rate is low. More than anything else, the curved cover glass for Galaxy S6 Edge is the hindering stone for increasing the production."

The report further noted that "Samsung Electronics wireless business dept. is changing production process for glass cover in Vietnam factories. The curved glass is made by heating up edges of an originally flat glass and bending it. The process of polishing the heated glass is a very costly process. The polishing fee takes about 60~70% of the production cost of curved cover glass. It makes sense why Galaxy S6 Edge is more expensive then Galaxy S6 because of the cover glass. The process is also difficult because micro wrinkle flaws happen in production."

In addition, "Samsung Electronics is trying to develop a method of just heating up one side of the cover glass. In theory, the cost for polishing process will be cut in half and production capability will go up by double."

Blah-blah-blah goes the excuses tune. We didn't hear about those "problems" when Samsung's mobile chief was thumbing his chest stating that sales were going crazy. Oh no. But now that sales may be in question, oh, the excuses train arrives just on time. While we won't know how Samsung's sales are really going until they report their next quarter numbers, the evidence is building that sales aren't going as well as anticipated.

There's no doubt that Samsung will try to bury the bad S6 numbers within a carefully crafted "Shipping Volume" number so that it looks like all is well. You know, Samsung's "Shipment Volume disease" – the one they fall back on when they don't want the press to really know how things are going. Will Samsung's S6 sales estimates of 50 million units sold for 2015 be on target? Only time will tell.