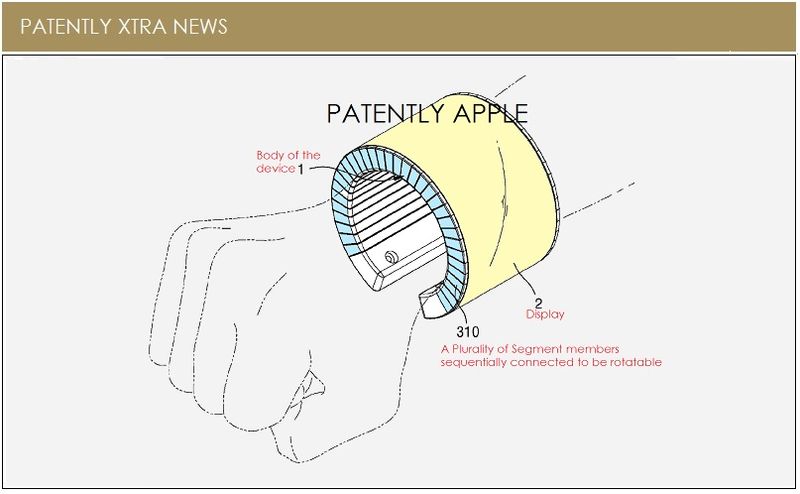 The whole craze for a future smartwatch really picked up momentum once Apple's early 2013 patent application came to light. The invention provided us with a broad stroke of conceptual ideas regarding a wide-band computer display worn on a user's wrist. Samsung countered that with a patent application filing in September 2013 which covered the basic idea with a number of twists. One of the twists being that the watch would incorporate a rotatable display. Last week the U.S. Patent Office revealed a new Samsung patent filing regarding this advanced style of wrist band computer. More specifically, the invention relates to wearable devices that are capable of transformations between an annularly bent state and a flat state. More importantly, this next-gen smartwatch will support both multimedia, like games, and communications as in telephony. For more on this, see our full Patently Mobile report.

While many consumers will prefer a traditional styled wristwatch like Samsung's Gear or the upcoming Apple Watch, there's definitely room for a more advanced next-gen style of smartwatch once the technology catches up.