According to a new report today, FBR & Co.'s Daniel Ives reiterated an Outperform rating on shares of Apple , writing that "momentum" for the Apple Watch, which formally goes on sale for general retail availability this Friday, is "picking up steam," reports Barron's Tiernan Ray. Though Apple has not said how many of the device it sold on the April 10 pre-sales order day, Daniel Ives thinks it might have been 2 million units. 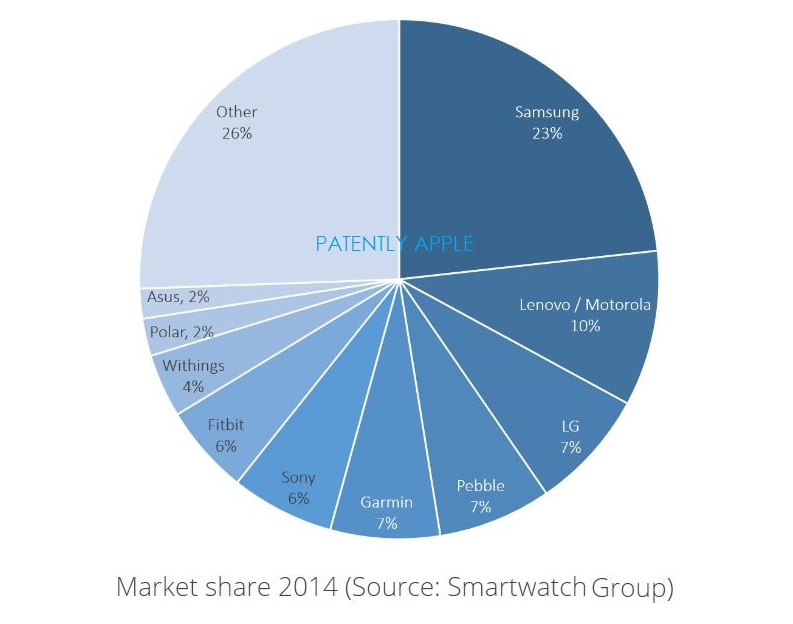 When you look at the numbers, there were 6.8 million smartwatches sold in 2014. Even if you question whether some brands in this group really don't make a true modern smartwatch as much as they do a fitness band, these are the best numbers so far on the subject of smartwatch market share. Within that group, Samsung held 23% market share, falling from 34% the year earlier. Samsung's market share, according the Smartwatch Group, translated to 1.2 million units for 2014.

Of course "shipments" don't always mean much, from Samsung especially, when you consider that back in late October 2013, according to Wikipedia, it was reported "that at least 30% of the Galaxy Gear watches sold by the U.S.-based chain Best Buy were being returned by unsatisfied customers." Ouch!

So Apple selling close to 2 million in pre-sales means that Apple has already overtaken the so-called smartwatch "market leader." Imagine what the Apple Watch numbers will eventually be over an entire quarter.

Back in February, Samsung smugly presented a brave face when asked about the coming Apple Watch. Samsung's European President simply stated at the time that they weren't worried about Apple's watch. That smugness is now seen for what it was: Typical Samsung Stupid Speak.

Lastly, FBR's Daniel Ives noted along with his outperform rating on Apple, stated that "We think the wearables category potentially has a silver bullet product, which can start to move consumers toward this new avenue of technology growth and drive adoption of the Apple Watch."