Today IHS revealed the results of their new Teardown of the Apple Watch to find the real cost of Apple's newest iDevice. According to IHS and its Teardown Mobile Handsets Intelligence Service, the much-anticipated Apple Watch has the lowest hardware costs compared to retail price of any Apple product to date.

The teardown of the Apple Watch Sport by IHS Technology estimates that the actual hardware costs are only about 24 percent of the manufacturer's suggested retail price (MSRP). Estimated hardware cost to MSRP ratios for other Apple products reviewed by IHS are in the range of 29 to 98 percent.

The IHS Technology analysis does not include logistics, amortized capital expenses, overhead, SG&A, R&D, software, IP licensing and other variables throughout the supply chain such as the EMS provider. 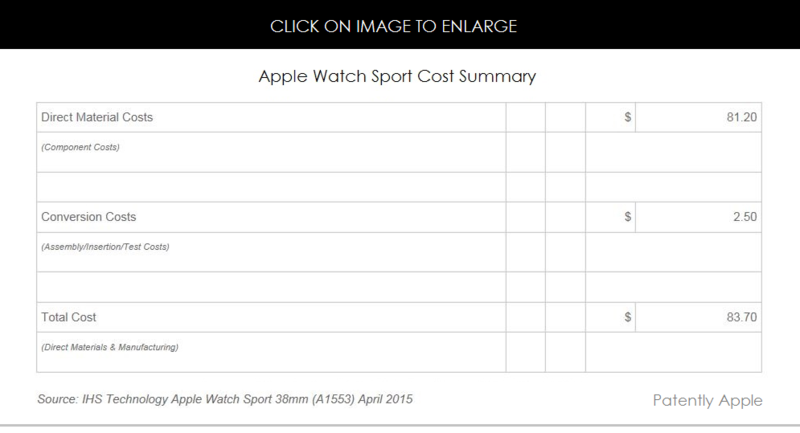 Kevin Keller, senior principal analyst-materials and cost benchmarking services for IHS Technology noted in the report that "It is fairly typical for a first-generation product rollout to have a higher retail price versus hardware cost. While retail prices always tend to decrease over time, the ratio for the Apple Watch is lower than what we saw for the iPhone 6 Plus and other new Apple products, and could be of great benefit to Apple's bottom line if sales match the interest the Apple Watch has generated."

Keller notes that "While these features have been promoted by Apple and none are necessarily revelatory, it is noteworthy that many features are appearing for the first time – in combination – in one device. It could be a bellwether for other future Apple products."

The Taptic Engine built into the Apple Watch, and integrated with the loudspeaker, contains a linear actuator which provides haptic feedback and vibrations. Keller points out that they "found that the device consumes a substantial amount of space inside the watch, and we would expect further miniaturization of this function in future iterations of the product."

The preliminary results of the teardown do not show any big surprises in the IC content; all of the manufacturers identified so far were expected. The Apple Watch NAND memory is a Toshiba Flash 8GB and DRAM is a Micron SDRAM 512MB. Broadcom, STMicro, Maxim, Analog Devices and NXP are used for connectivity and interface. One noteworthy change is a shift from Invensense to STMicro for the accelerometer/gyroscope.

Keller added that "The display is LG's plastic OLED display and the touchscreen overlay module is a TPK Slim GG utilizing their 'Force Touch' technology. Force Touch was recently incorporated into the latest MacBook and is expected to be found in the next iPhone generation." 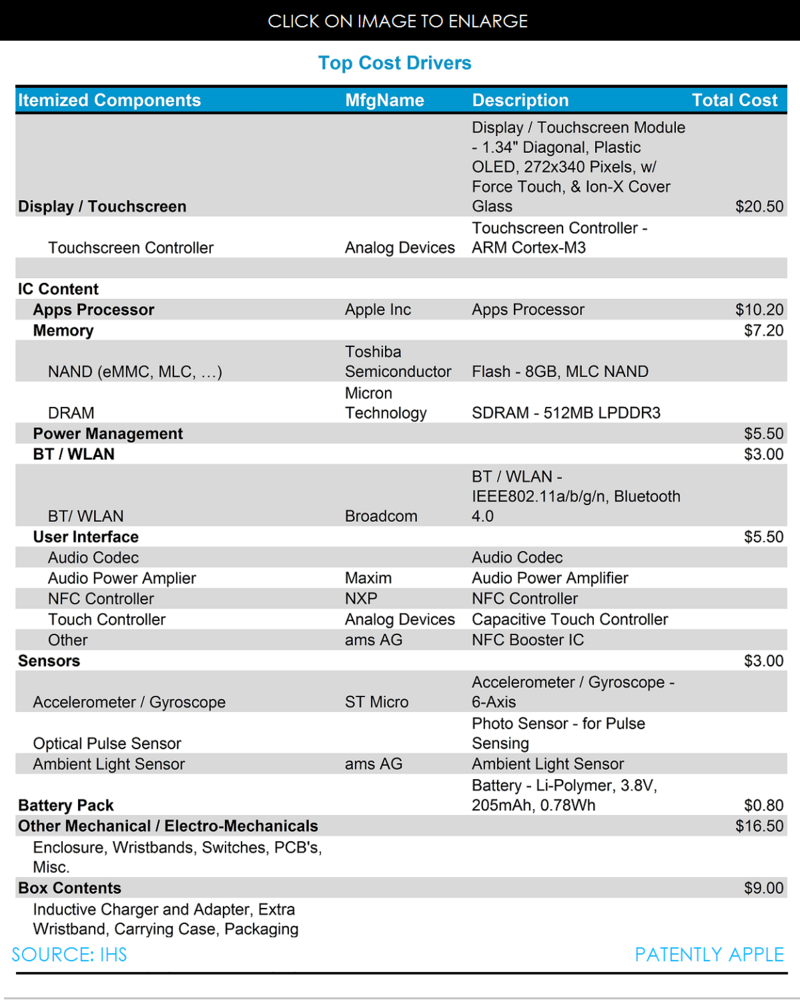 The fabrication of the enclosure continues the Apple "Unibody" tradition of precision machining from a single block of aluminum. Apple is now extending this design philosophy into a highly miniaturized realm, mating the legacy of precision watchmaking with Apple's specialized manufacturing practices. As with their previous products, Apple has taken fabrication techniques – once typically restricted to low-volume manufacturing and prototyping – and scaled them into a high-volume production environment.

Keller says that "The encapsulation of the entire printed circuit board assembly into a single monolithic module is especially noteworthy. Whereas many products might have some form of semi-flexible encapsulant applied to the board for protection, shock and vibration purposes, Apple has effectively created one large IC out of the entire assembly. This encapsulation is done by encasing the board in the same plastic/epoxy material used for conventional ICs. Indeed, many of the devices found inside the assembly are already encapsulated, effectively creating an IC-within-an-IC affair."

Further, Keller notes that "To provide electromagnetic shielding, the encapsulated PCB assembly is further treated with a metalized coating deposited over the surface. This shielding process is used in place of conventional stamped sheet metal shielding, saving a significant amount of space, as well as cutting down slightly on weight." 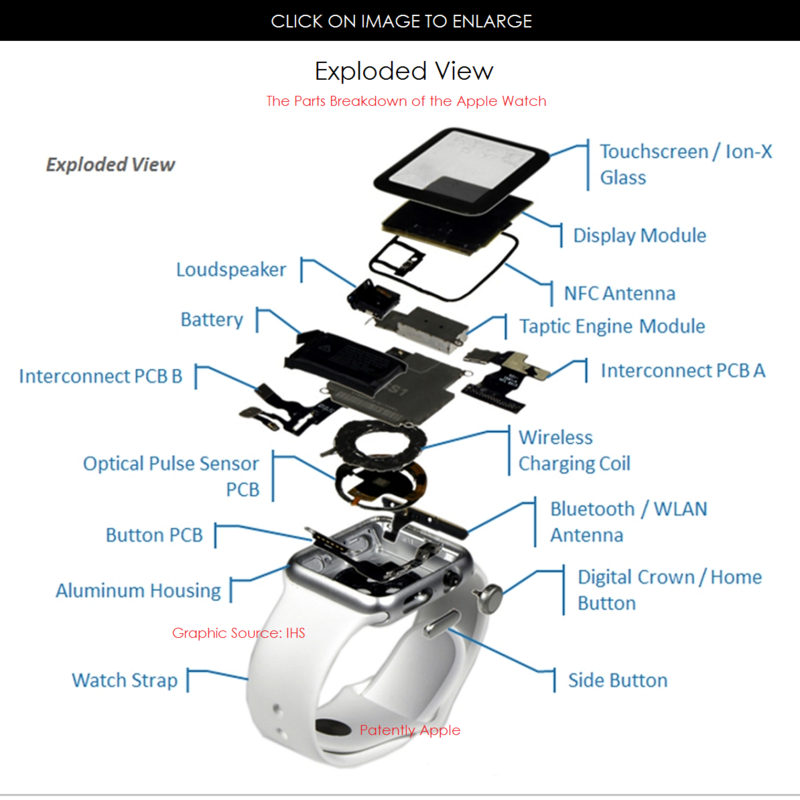