We were the first to report in North America last month that Microsoft was testing a New PC Stick Concept in Korea. Surprisingly, the PC Stick isn't just for Korea. Intel may be ramping-up production of the Compute Stick quicker than some thought. Although C/NET had reported earlier today that Newegg was offering pre-orders with a release date vaguely aimed for May, Intel hasn't committed to a release date beyond "later this year." 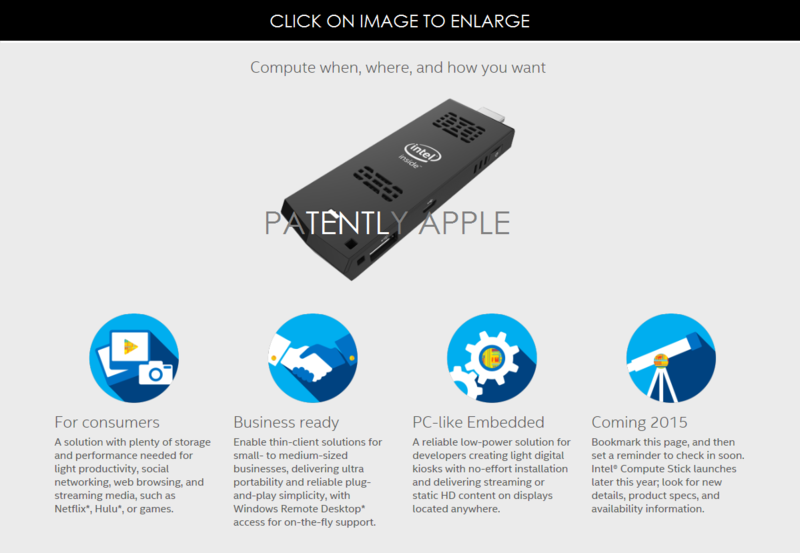 The Intel Compute Stick is a new generation compute-on-a-stick device that's ready-to-go out-of-the-box and offers the performance, quality, and value you expect from Intel. Pre-installed with Windows 8.1* or Linux*, get a complete experience on an ultra-small, power-efficient device that is just four inches long, yet packs the power and reliability of a quad-core Intel Atom processor, with built-in wireless connectivity, on-board storage, and a micro SD card slot for additional storage. It's everything you love about your desktop computer in a device that fits in the palm of your hand.

Like other streaming media dongles, the Stick has built-in Wi-Fi, but its Bluetooth support lets you add a keyboard and mouse. Also on board: a quad-core Intel Atom processor, 2 Gigabytes of RAM, 32GB of storage and a micro SD card slot for additional storage. Intel had priced it at $149 for the Windows 8.1 model and $89 for the Linux model but pricing may change.

In Korea, the compact PC will be installed with Microsoft's cloud-based software Office 365, which removes the user from the need to save his or her work on the PC. Whether Wintel will extend that offer to the North American market is unknown at this time.