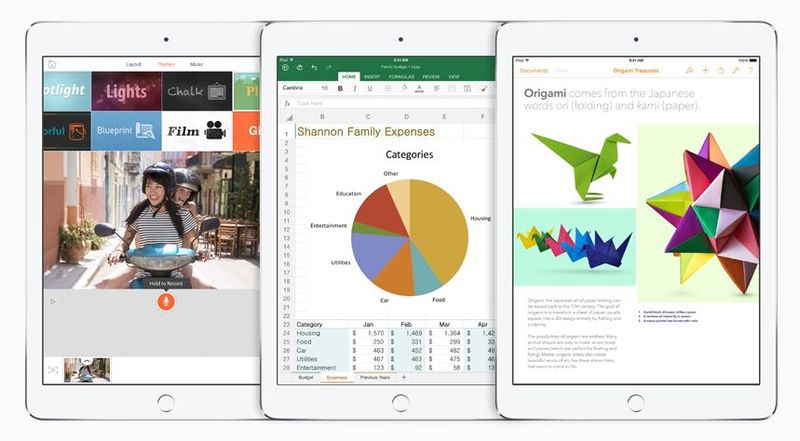 Worldwide tablet shipments recorded a year-over-year decline for the second consecutive quarter in the first quarter of 2015 (1Q15). Overall shipments for tablets and 2-in-1 devices fell to 47.1 million in 1Q15, a -5.9% decline from the same quarter a year ago. Apple remains the tablet category champion according to the latest IDC figures. 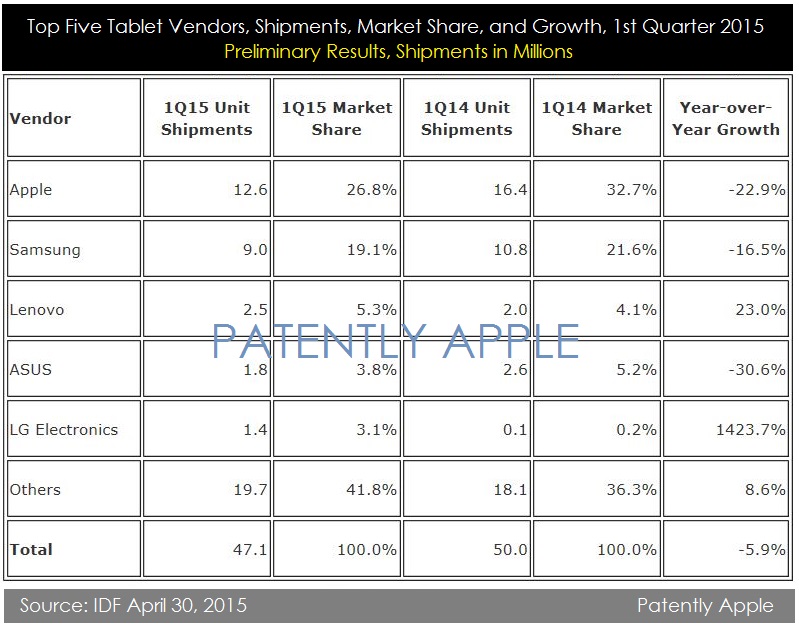 Apple still leads the overall market despite five consecutive quarters of negative annual shipment growth. Apple shipped 12.6 million iPads in the first quarter, capturing 26.8% of the market in volume and declining -22.9% when compared to 1Q14. Samsung (19.1% share) maintained its second place in the market despite a -16.5% decline in shipments compared to the same period last year.

Apple's iPads continue to suffer from the success of the new iPhone and to a lesser extent of the Mac product line. IDC expects Apple to record negative growth until the iPad portfolio is significantly refreshed, either with the expected increase in screen sizes or by introducing a dedicated version of iOS for its tablet lineup.

"Although the tablet market is in decline, 2-in-1's are certainly a bright spot," said Jitesh Ubrani, Senior Research Analyst, Worldwide Quarterly Tablet Tracker. "While 2-in-1, or detachables, still account for a small portion of the overall market, growth in this space has been stunning as vendors like Asus, Acer, and E-FUN have been able to offer products at a fantastic value; and vendors like Microsoft have been able to drive growth at the high end with devices like the Surface Pro 3."

Jean Philippe Bouchard, Research Director, Tablets added that "The market slowdown that we witnessed last quarter is continuing to impact the tablet segment, but we see some growth areas that are starting to materialize. Cellular-enabled tablets are outgrowing the rest of the market, providing an additional revenue stream for OEMs and mobile operators. In addition to driving higher usage than Wi-Fi-only tablets, cellular-enabled tablets also help position the segment as true mobile solutions rather than stay-at-home devices."

Once again, IDC counts 2-in-1 devices as tablets for their statistics which gives a company like Lenovo a distorted growth figure.