Apple's iOS 8 got off to a bad start with multiple problems and hiccups that had many regretting making the leap away from iOS 7. That put iOS 8 on a much slower trajectory than usual. Since that time Apple has provided Apple customers with many updates that have slowly driven confidence. Last night, Apple finally announced that iOS adoption cracked the 80% mark with a full 81% of iDevice users now on iOS 8. 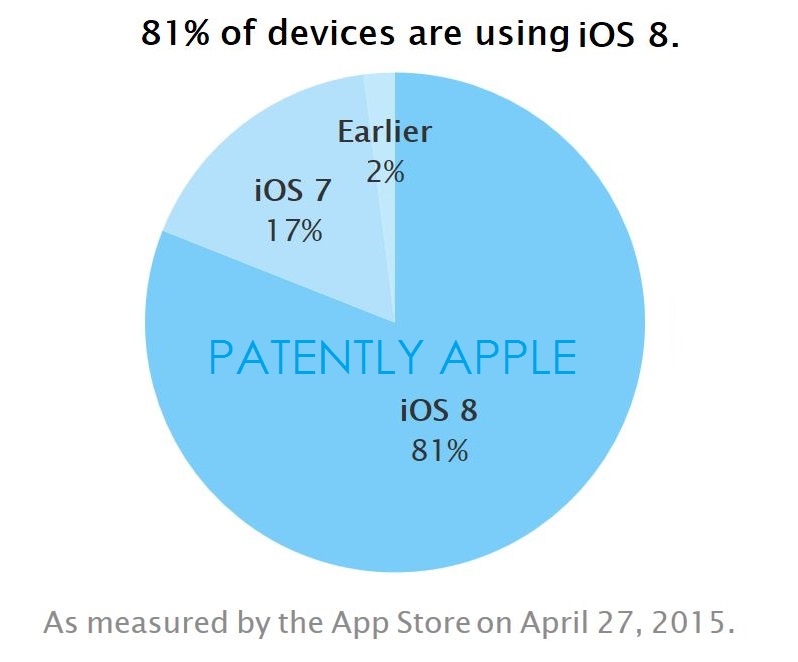 With Apple announcing yesterday that they sold 61 million iPhones in their second quarter there's no doubt as to why Apple's iOS 8 finally hit 81% yesterday afternoon. With another 50-60 iPhones being forecasted for Apple's Q3, we're bound to see Apple's iOS 8 penetration take another leap in July.