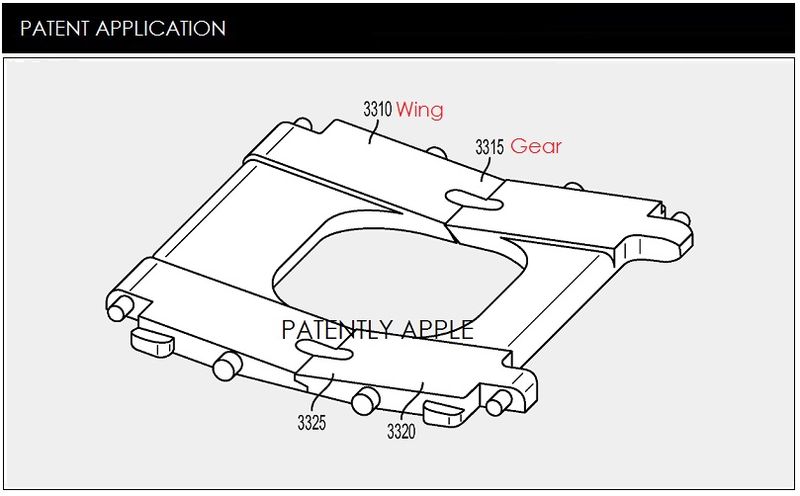 On April 2, 2015, The European Patent & Trademark Office published Apple's patent application WO2015047612 that reveals their new butterfly hinge mechanism that debuted with the new MacBook earlier in March. This is another patent fulfilled.

Traditional keyboards use a scissor mechanism, which tends to wobble around the edges. This creates a lack of precision when you strike anywhere except the center of the key. We needed to reduce key wobbling for a keyboard this thin; otherwise, striking a key off-center could result in the keycap hitting bottom before a keystroke registers. So we designed an entirely new butterfly mechanism, which is wider than the scissor mechanism and has a single assembly made from a stiffer material — allowing for a more stable, responsive key that takes up less vertical space. This innovative design improves stability, uniformity, and control — no matter where you press on the key.

It is often desirable to reduce the size of electronic devices and minimize machining costs and manufacturing time of such devices. For example, laptops may be designed to be as small and light as possible, but input devices such as a keyboard may occupy relatively large portions of the available interior space. One way to alleviate design constrains of a keyboard is to minimize the z-stackup of key mechanisms. Accordingly, what is needed is an improved key mechanism design.

In another aspect, a low-travel key mechanism includes a keycap assembly, a carrier structure comprising a plate and arms fixed to opposite ends of the plate, wherein each arm includes a plurality of pivot pin retaining members, and a butterfly hinge comprising two separate wings positioned adjacent to each other, each wing comprising a pair of pivot pins and a pair of keycap pins, wherein the pivot pins are coupled to the carrier structure and the keycap pins are coupled to the keycap assembly. The carrier structure can house an electronics package that includes circuitry such as a switch, light source, or a display.

In yet another aspect, a key mechanism can include a keycap assembly, a support structure, and a half-butterfly hinge. The half-butterfly hinge includes two separate wings positioned adjacent to each other such that a cavity is formed between the two wings. Each wing includes a full or major arm and a minor arm that is shorter than the major arm. 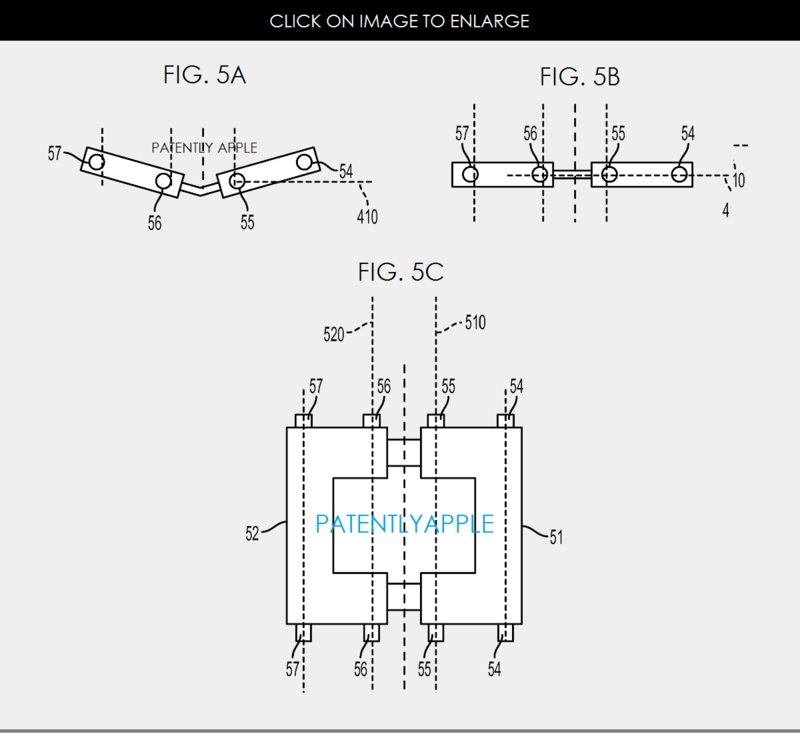 Apple's patent FIG. 20 shows us an illustrative exploded view of a key mechanism. 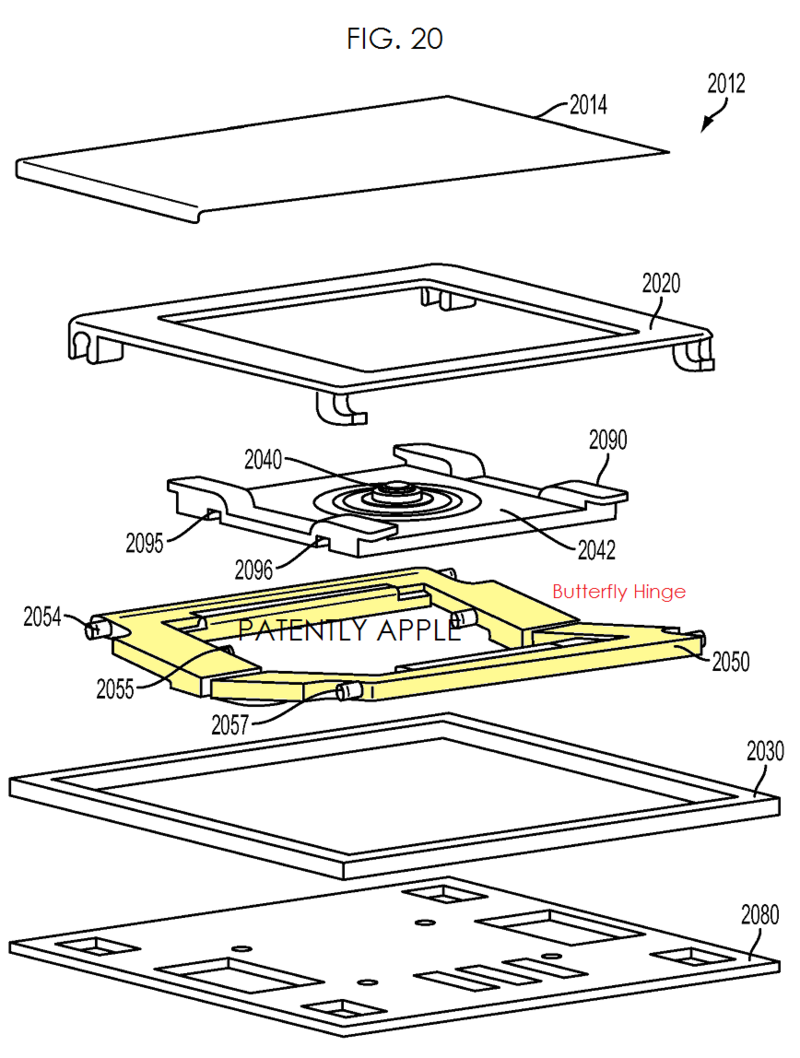 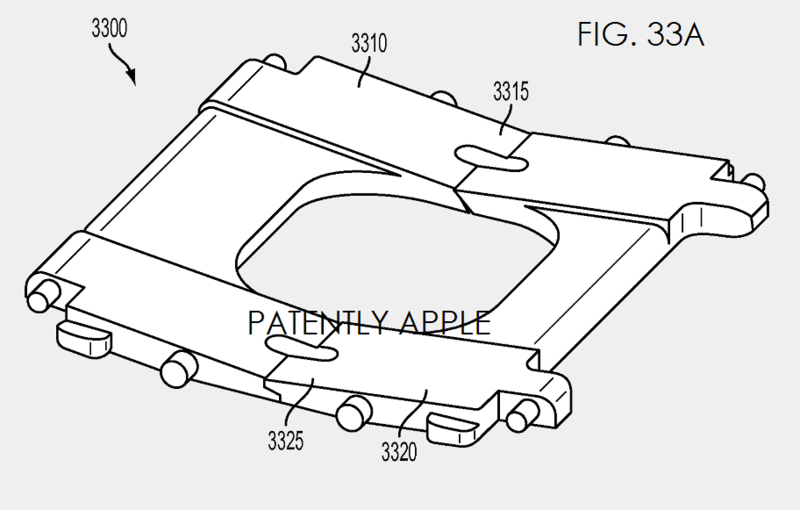 For the record, two older scissor styled keyboard key patents were also published today by the U.S. Patent and Trademark Office under numbers 20150090570 and 20150090571.