In some embodiments, the applications provide a control for setting a depth at which a foreground of the image is separated from the background of the image. The applications of some such embodiments obscure the objects in the designated background of the image (e.g., by graying out the pixels representing those objects or by not displaying those pixels at all). In some such embodiments, an initial setting for the control is based on the determined layers (e.g., the initial setting places the first layer in the foreground, or the last layer in the background, or uses some other characteristic(s) of the layers to determine the default value).

The image below makes it clear that the "application" that Apple refers to in their patent is Final Cut Pro X. 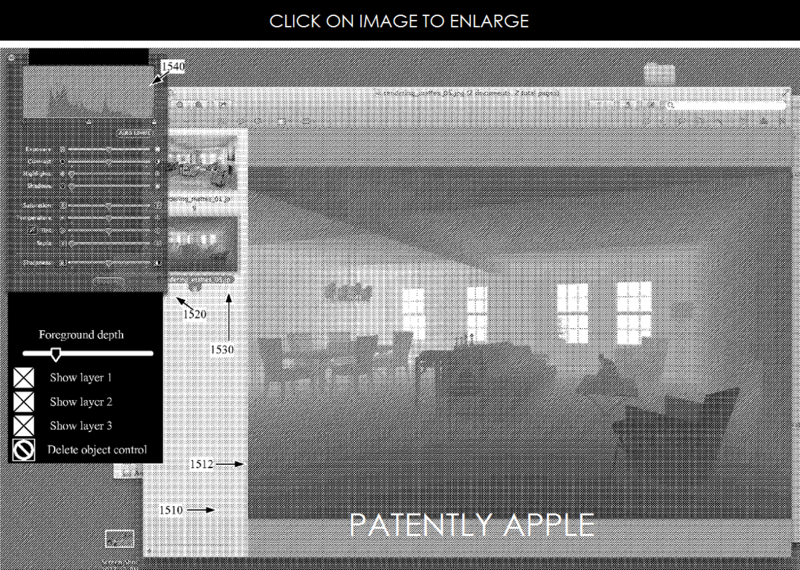 Although Apple has a number of patent figures on this subject, they're difficult to appreciate if you're not someone in this field. So to help the rest of us understand this feature, the video below is about Z Depth mapping for an Adobe application. The video will give you an idea as to what Apple could be bringing to Final Cut Pro X in the future.

Apple credits Andrew Bryant and Daniel Pettigrew as the inventors of patent application 20150104101 which was originally filed in Q4 2013. Considering that this is a patent application, the timing of such a product to market is unknown at this time.