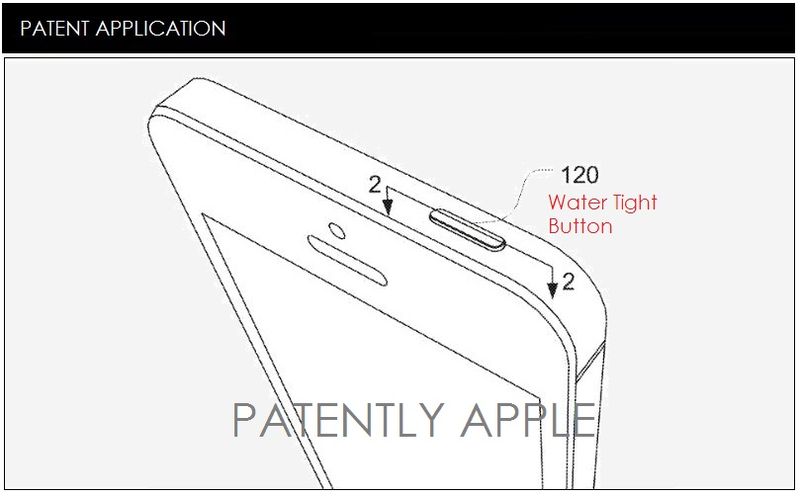 Apple began working on various waterproofing methods for iDevices back in 2010 and in 2013 devised a waterproofing nano coating. In March we posted a report covering Apple's most advanced invention on waterproofing to date titled "Apple Invents a Waterproofing Method for Future iDevices using Hydrophobic Conformal Coatings and Silicon Seals." Today, the U.S. Patent & Trademark Office published yet another waterproofing patent application from Apple that specifically covers a water tight button solution for iDevices.

Increased demand for continued advancement of electronic devices has motivated improvements in durability, thinness, and portability of electronic devices. Such devices may include apertures in the external housing sized to receive physical buttons. However, as the device is introduced to diverse environmental conditions foreign matter such as dust, lint, condensation, and liquid may penetrate the gap between the button and the housing defined by the size of the aperture. Foreign matter, especially liquids such as water, may undesirably interfere with normal device operation or, in other cases, may irreparably damage internal components. Accordingly, many electronic devices are manufactured with apertures sized to minimize the gap between a physical button and a housing. These devices often include liquid seals such as gaskets about the perimeter of the aperture to prevent and impede ingress of foreign matter. Such liquid seals must be larger than the perimeter opening in order to provide an effective seal.

In addition, liquid seals about the perimeter of the aperture in a housing may be at least partially connected to the movable button cap in order to provide an effective seal through all positions of the button cap. Thus, the larger the perimeter of the button cap, the larger the movable portion of the liquid seal must be. In some examples, large movable portions of liquid seals may be subject to higher failure rates. Further, as a result of the increased size, larger seals may require a button to be positioned a certain minimum distance away from other components of the electronic device. As a result, liquid sealed buttons may not be feasible for particularly thin or compact devices.

Apple's patent FIG. 1 is a top down perspective view of an embodiment of a portable electronic device having a water tight button. 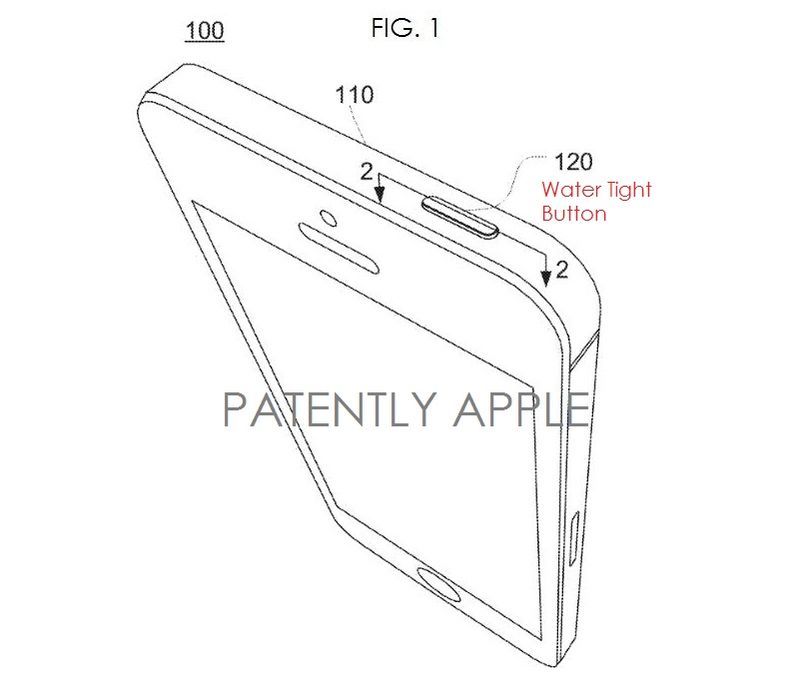 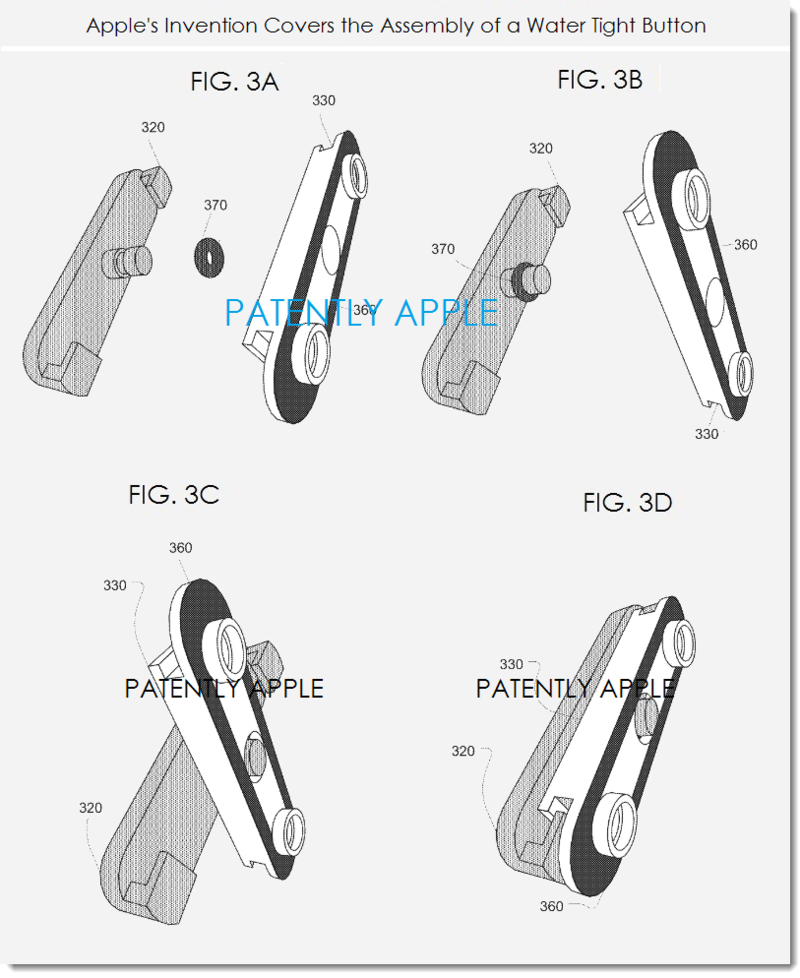 Apple credits Colin Ely as the sole inventor of patent application 20150092345 which was originally filed in Q3 2013. Considering that this is a patent application, the timing of such a product to market is unknown at this time.