Apple has been working on delivering advanced haptics for some time now. Most recently Apple's new MacBook and MacBook Pro update introduced Force Touch to its trackpad. Of course haptics apply to a wide range of products from iDevices to Macs and beyond. In 2012 two Apple inventions were published that introduced us to a wildly intelligent multi-tiered haptics system working with elastic/flexible OLED displays and another that covered surface haptics. The buzz at one point in 2012 was that Apple was going to introduce an iPad with Senseg technology for texture. Of course that rumor never panned out but that didn't mean that Apple abandoned the idea of one day adding haptics that could include texture sensors. Today the U.S. Patent & Trademark Office published a patent application from Apple that reveals new advances in haptics that will allow users to feel cold steel or the heat of a hot cement surface on iDevice displays or advanced trackpads on MacBooks. In fact, Apple notes that in order to deliver the best haptic experience that could deliver such sensations, they'll introduce a trackpad surface made of diamond material which has very interesting properties. Are we getting closer to Apple delivering the next generation of haptics to Macs and iDevices? While only time will tell, the introduction of Force Touch this year shows us that Apple is on the fast track in delivering advanced haptic experiences.

Apple Invents an Advanced Trackpad for Tactile Sensation of Texture

Such control may also include utilizing the temperature control device (such as a Peltier device) to control the temperature of at least a portion of the touch surface in order to simulate the tactile sensation of the thermal conductivity of a material.

In various implementations, the entire touch surface may be caused to simulate the material. However, in other implementations, the touch surface may include a plurality of regions that are each controllable. In some cases, each of the plurality of regions may include one or more actuators, temperature control devices, touch sensors, and/or temperature sensors. Further, in various cases, each of the plurality of regions may be simultaneously controllable to simulate different materials than one or more of the other regions – as shown in patent FIG. 2 below. 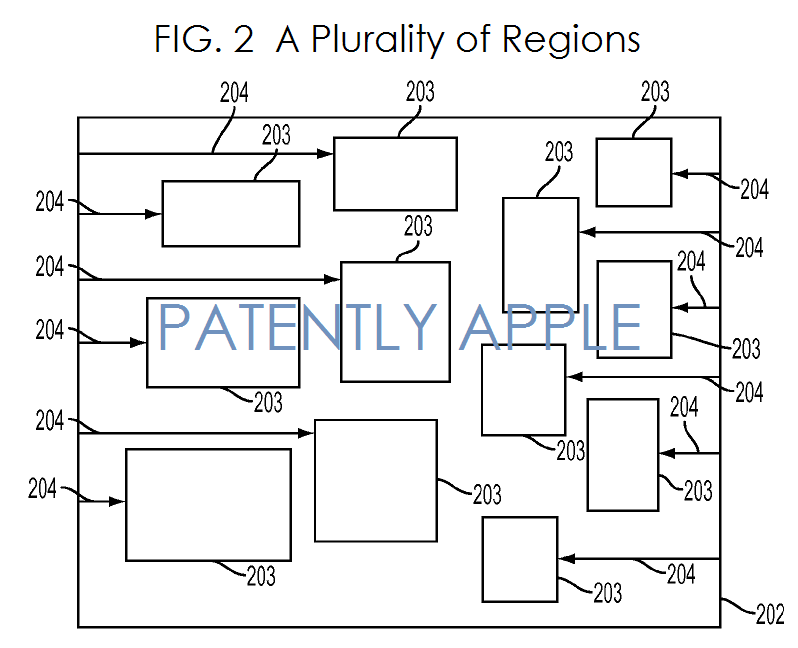 Apple's patent FIG. 1B noted above describes the possible a layer of diamond material on top of the touch surface of the trackpad. Apple notes that the diamond material may be a layer of chemical vapor deposited diamond, such as a layer of carbon vapor deposited diamond. Such a layer of diamond may provide extremely high thermal conductivity (which may exceed that of copper by approximately a factor of five), extreme mechanical hardness (providing exceptional wear resistance), and/or optical broadband optical transparency (being transparent from approximately ultraviolet to far infrared). 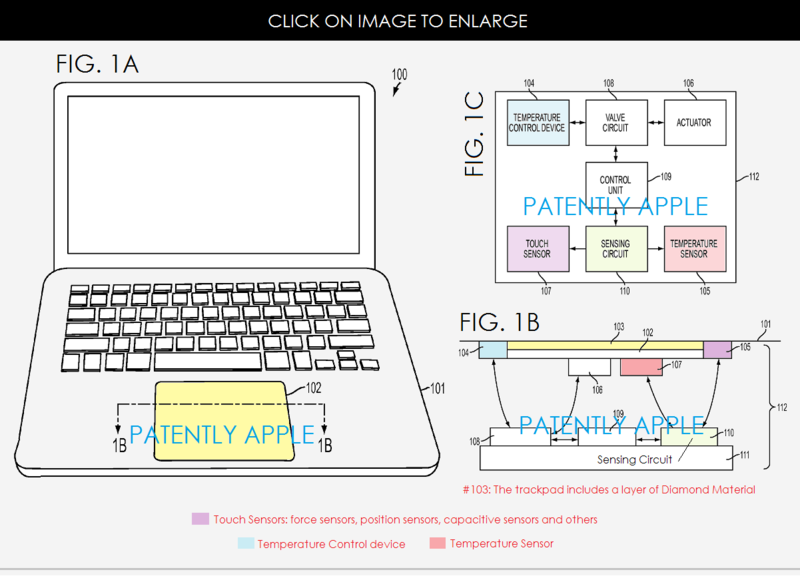 Apple notes that their new invention could apply to a MacBook, the iPhone, an iPad, an iMac, the Apple Watch (wearable device) and even extend to use in an automobile or a kitchen appliance. 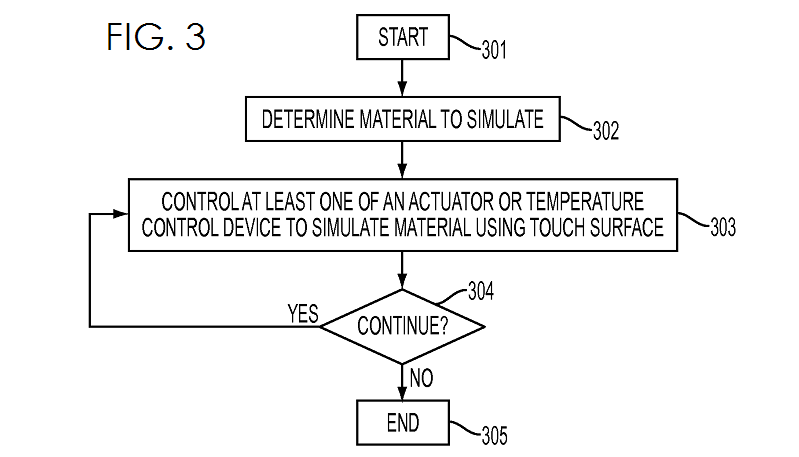 Apple credits Paul Puskarich as the sole inventor of patent application 20150109215 which was originally filed in Q4 2013. Considering that this is a patent application, the timing of such a product to market is unknown at this time. To view other haptic patents on record, see our Haptic and Tactile Archive