Apple Invents a Simple Voice Command to unlock your iPhone

On April 16, 2015, the U.S. Patent & Trademark Office published a patent application from Apple titled "Speech Recognition Wake-Up of a Handheld Portable Device." I think that most iPhone users would appreciate a simpler way of waking up their iPhone from sleep and bypass having to use Touch ID or constantly entering a manual password to unlock their iPhone all day. Although Touch ID is pretty fast, Apple is thinking of an alternative method of unlocking your iPhone that may be faster and hands free.

Waking your iPhone with a Verbal "Wake Up" Command

Today, to unlock your phone you hit the Home Button and then Slide to Unlock and then enter your password or use Touch ID to login. You have to do this each time that you want to check something out on your iPhone because the phone is in sleep mode.

Although Apple's latest patent doesn't do a very good job at communicating the purpose of this invention in a real-world scenario, it's clear by what the invention actually does that tells you Apple may want to simply the wake up process after you've initially entered your code or used Touch ID for the day. Meaning the second time in the day when you grab your phone you may just speak a command like "Wake Up" and with the system recognizing your voice will unlock your device without having to perform multiple steps to revive your iPhone's functionality. 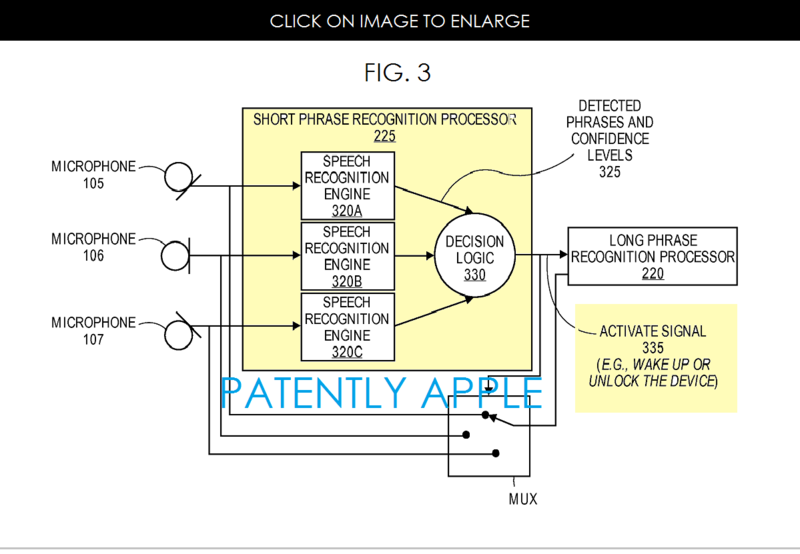 Apple credits Aram Lindahl as the sole inventor of patent application 20150106085 which was originally filed in Q4 2013. Considering that this is a patent application, the timing of such a product to market is unknown at this time.