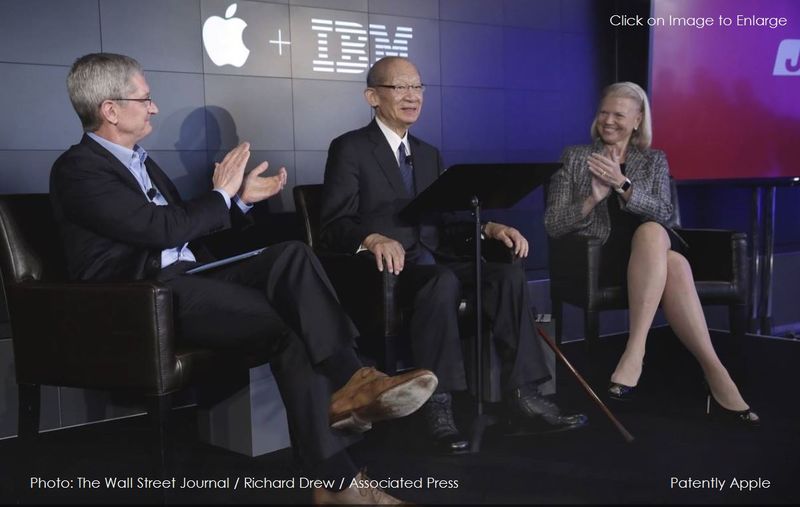 Today "Japan Post Group, IBM and Apple announced a first-of-its-kind initiative aimed at improving the quality of life for millions of Japanese senior citizens. Built on the global partnership Apple and IBM announced last year, the new initiative will deliver iPads with IBM-developed apps and analytics to connect millions of seniors with services, healthcare, community and their families. IBM's Virginia Rometty stated during a press conference that "We are going to get a chance to impact lives here." Apple's full press release is presented below.

A Japan Post official said on Thursday that "By handing iPads to the elderly, we can closely check in on them more often—not only confirming if they are doing fine but also making sure that they are not involved in any trouble like a scam targeting the elderly."

The official further noted that the company would conduct a pilot program starting later this year for six months, providing 1,000 iPads to older citizens free of charge. Starting in April 2016, the company aims to turn the program into a regular business, although details such as fees haven’t been decided, the official said.

IBM said that the goal is to reach four million to five million customers in Japan by 2020, about one-fourth of Japan’s population of 127 million people is older than 65.

The Wall Street Journal noted that Apple's CEO Tim Cook said during a press briefing that "The iPad could eventually be coupled with IBM software in other countries too, helping older people connect with their families. Where Japan is maybe first, many others will follow. I think this shows the enormous potential of the partnership between IBM and Apple that was announced last year."