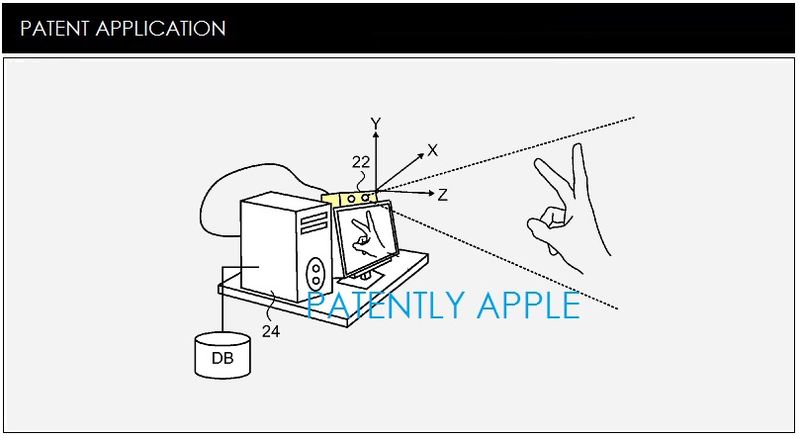 The U.S. Patent and Trademark Office officially published a series of 41 newly granted patents for Apple Inc. today. In this particular granted patent report we cover one of Apple's acquired patents from PrimeSense. The patent covers a Kinect-like device that creates 3D depth maps of a human hand. The mapping would allow a user to control future applications with hand signals that could apply to a computer system and technically to a device like Apple TV. A number of other PrimeSense patents have recently come to light. One covered a "3D Mapping Laser Beam Projector System," another covered a 3D Scanning Engine and yet another related to enhanced face detection using depth-information. How Apple intends to use PrimeSense's advanced 3D technologies in the future is unknown at this time.

A number of different methods and systems are known in the art for creating depth maps. In the present patent application and in the claims, the term "depth map" refers to a representation of a scene as a two-dimensional matrix of pixels, in which each pixel corresponds to a respective location in scene and has a respective pixel depth value, indicative of the distance from a certain reference location to the respective scene location. (In other words, the depth map has the form of an image in which the pixel values indicate topographical information, rather than brightness and/or color of the objects in the scene.) Depth maps may equivalently be referred to as 3D maps, depth images, or 3D images.

Depth maps may be processed in order to segment, identify and localize objects and their components in the scene. Identification of humanoid forms (meaning 3D shapes whose structure resembles that of a human being) in a depth map, and the exact poses of these forms, which may change from frame to frame, may be used as a means for controlling computer applications.

Typically, estimating the pose includes applying kinematics based on anatomical constraints of the hand in processing the descriptors.

In an alternative embodiment the previously-stored descriptors in the database are associated with corresponding pointers to respective locations of anatomical landmarks on the human hand, and estimating the pose includes applying the pointers to the respective positions of the patches from which the matching descriptors were extracted in order to estimate the locations of the landmarks. 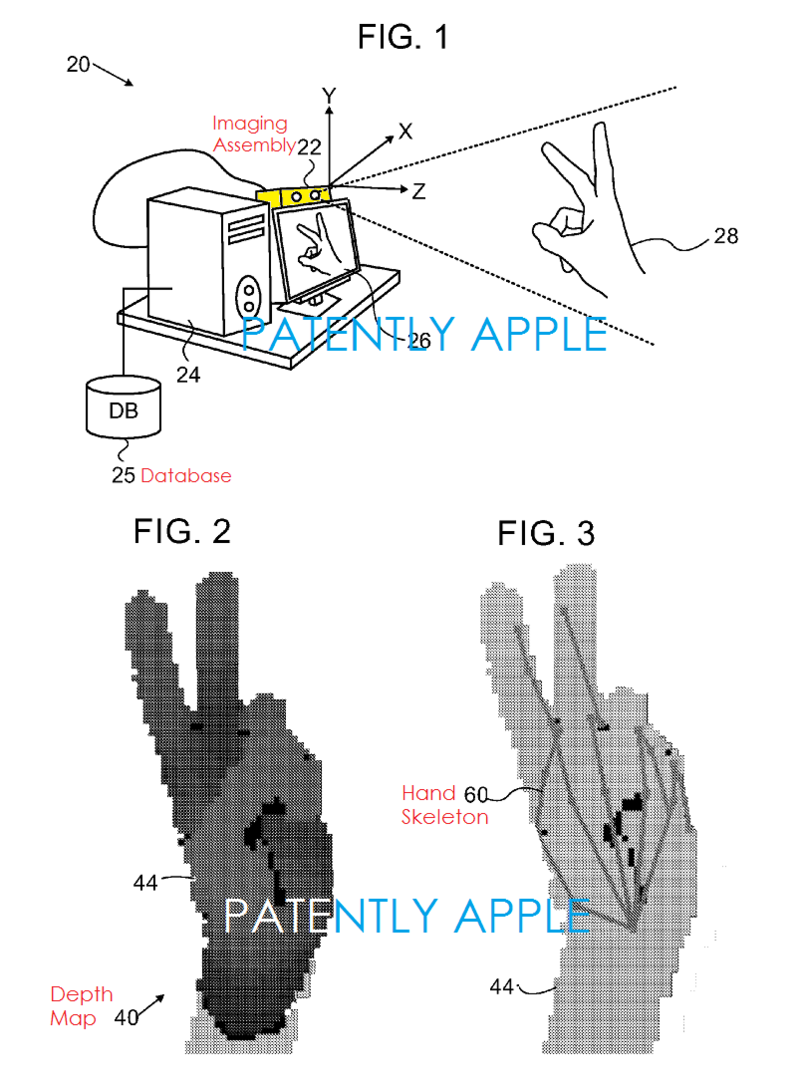 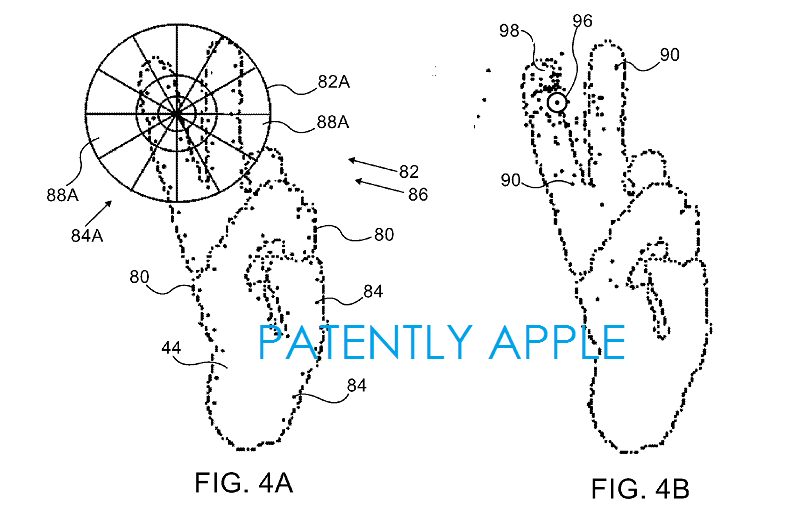 Apple credits Israeli engineers Shai Litvak, Leonid Brailovsky and Tomer Yanir as the inventors of this granted patent which was originally filed in Q1 2013 – although the work associated with this invention dates back to 2011.