Apple Focuses on Multiple Sensors for an Active Stylus Invention

On April 16, 2015, the U.S. Patent & Trademark Office published a patent application from Apple that reveals their ongoing work on an "Active Stylus." The patent is focused on protecting new aspects of the original patent that Apple was granted a patent for back in January.

The styluses that are disclosed in Apple's latest patent filing can be referred to as active styluses in comparison to conventional passive styluses. These active styluses can significantly improve stylus sensing on a mutual capacitive touch sensor panel.

Although the body of the "detailed description" part of the patent doesn't differ materially from their granted patent, Apple has added new patent claims that they want protection for. For instance, Apple states in claim 8 that "The active stylus of claim 1, further comprising one or more sensors including one or more of a pressure sensor, a motion sensor, an orientation sensor, an accelerometer, a touch sensor and a rotation sensor." 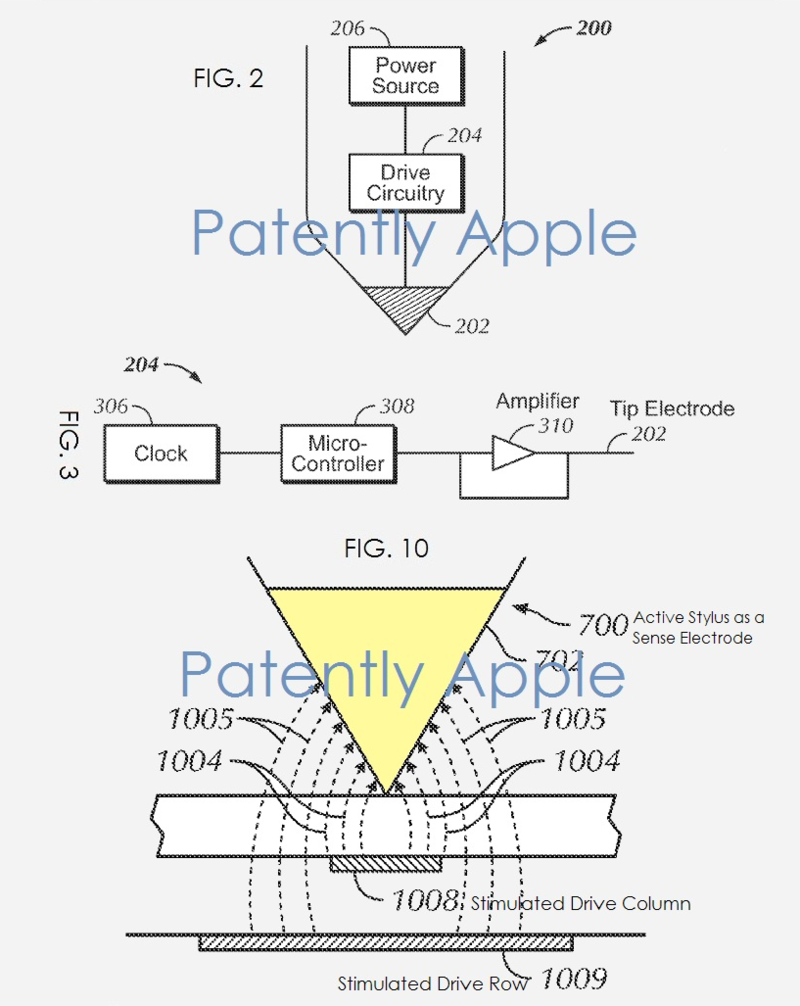 For an invention that most think will never happen, it is incredible how Apple keeps working on it. You check out our archives to see just how many patents Apple keeps filing for a next generation stylus or smart pen.