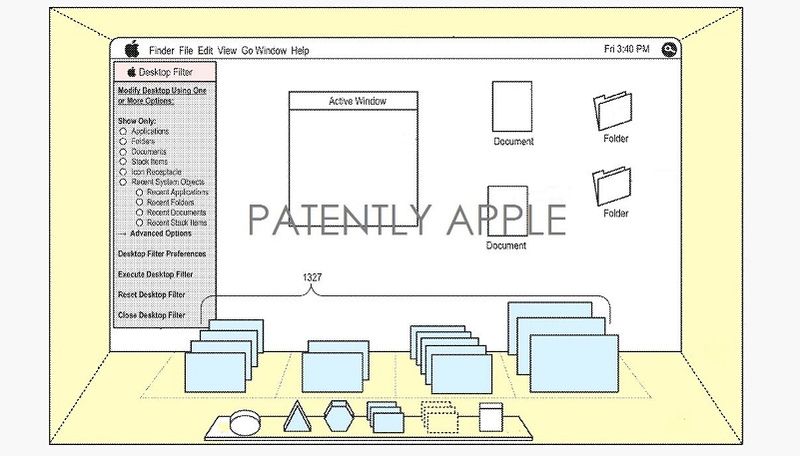 On April 9, 2015, the U.S. Patent & Trademark Office published a patent application from Apple relating to an OS X desktop filtering system that could allow a user to transform their desktop to a 3D GUI. Apple has resurrected this 2007 patent and breathed new life into it by cancelling all original 53 patent claims and replaced them with 30 new ones. Apple considers this a new patent application and not a continuation patent which reflects a new interest in this invention in some capacity.

A graphical user interface allows a large number of graphical objects or items to be displayed on a display screen at the same time. Leading personal computer operating systems, such as Apple Mac OS, provide user interfaces in which a number of visualizations of system objects, such as windows, system functions, alerts, visualization objects representative of files, peripherals, applications, and other representations of system objects can be displayed according to the needs of the user. Taskbars, menus, virtual buttons, a mouse, a keyboard, and other user interface elements provide mechanisms for accessing and/or activating the system objects corresponding to the displayed representations. 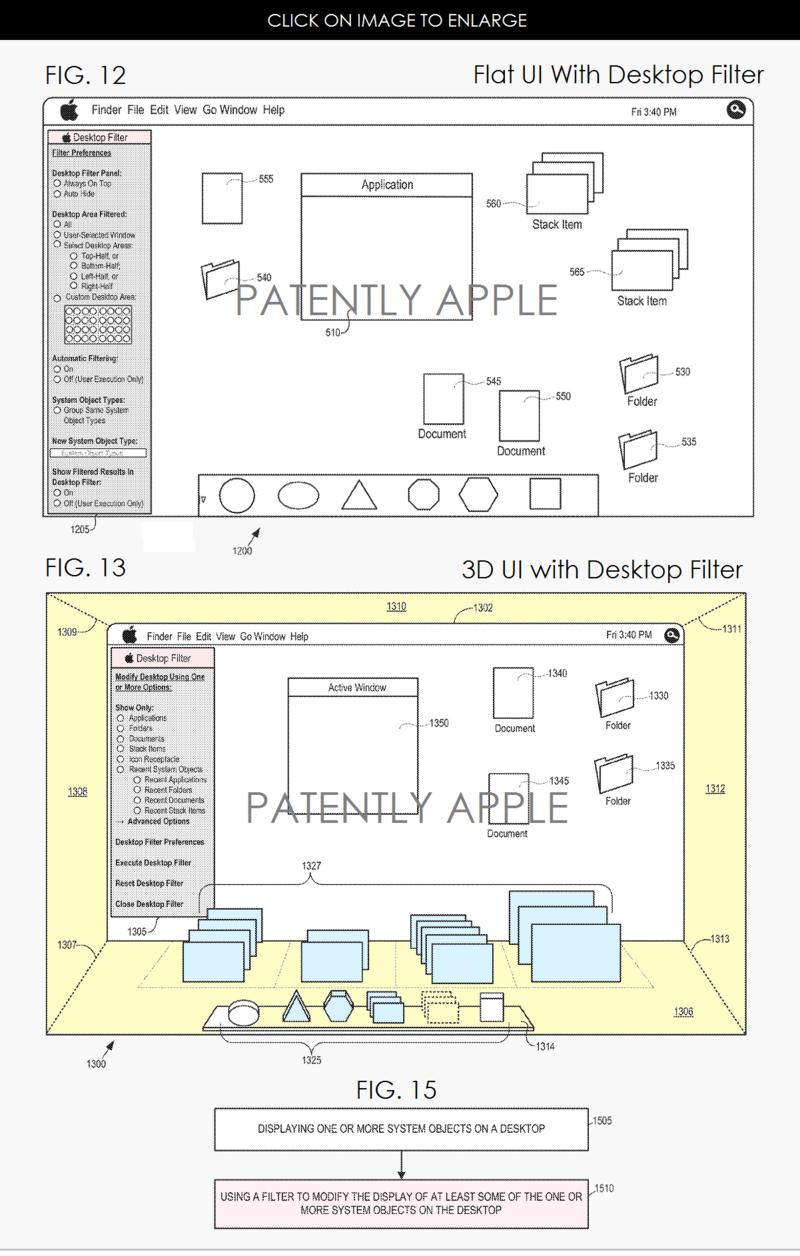 (Note: On some browsers you may have to click on the graphic above and once you see the enlarged image, click on it again to enlarge it further.)

Apple credits Imran Chaudhri, Christopher Hynes, Eric Peyton, John Louch and Timothy Bumgarner as the inventors of patent application 20150100904 which was filed in Q4 2014. Considering that this is a patent application, the timing of such a product to market is unknown at this time.

Other Apple Patent Reports Relating to a 3D User Interface

Four: Apple is paving the Way for a new 3D GUI for iOS Devices