In April 2013 we posted a European patent application report that covered an extraordinary Apple invention that related to advanced iDevices wherein the body and the display would be able to bend significantly, in fact be able to fold over like a wallet. The patent covered a wide range of patent figures to assist in seeing just how much each of these devices could actually bend. Apple's patent application covers a lot of ground including both flex screen designs and flexible components to make these designs work. One such component is a unique flex battery design. Apple's patent filing also enlightens us with the fact that bending a future flexible centric iDevice may also allow users to open a specific application, control a game function and so much more. In the end, Apple's patent filing provides us with an overview of the whole future flexible device concept that could eventually cover next generation iDevices and wearable computers. Today a U.S. continuation patent covering this invention has surfaced.

The original patent application covered 25 patent claims and the current U.S. continuation patent only covers 20. For instance, claim 25 of the Euro patent has been deleted in their U.S. applications which read as follows: "The electronic device defined in claim 22, further comprising a switch that changes a configuration of the configurable support structure from the first configuration to the second configuration.

The fact that Apple is still tweaking their patent claims two years later, at least indicates that this project is still alive. The fact that a switch that was originally designed to change a mobile device from one form factor to the next is no longer required or plausible shows us that the project is being advanced. 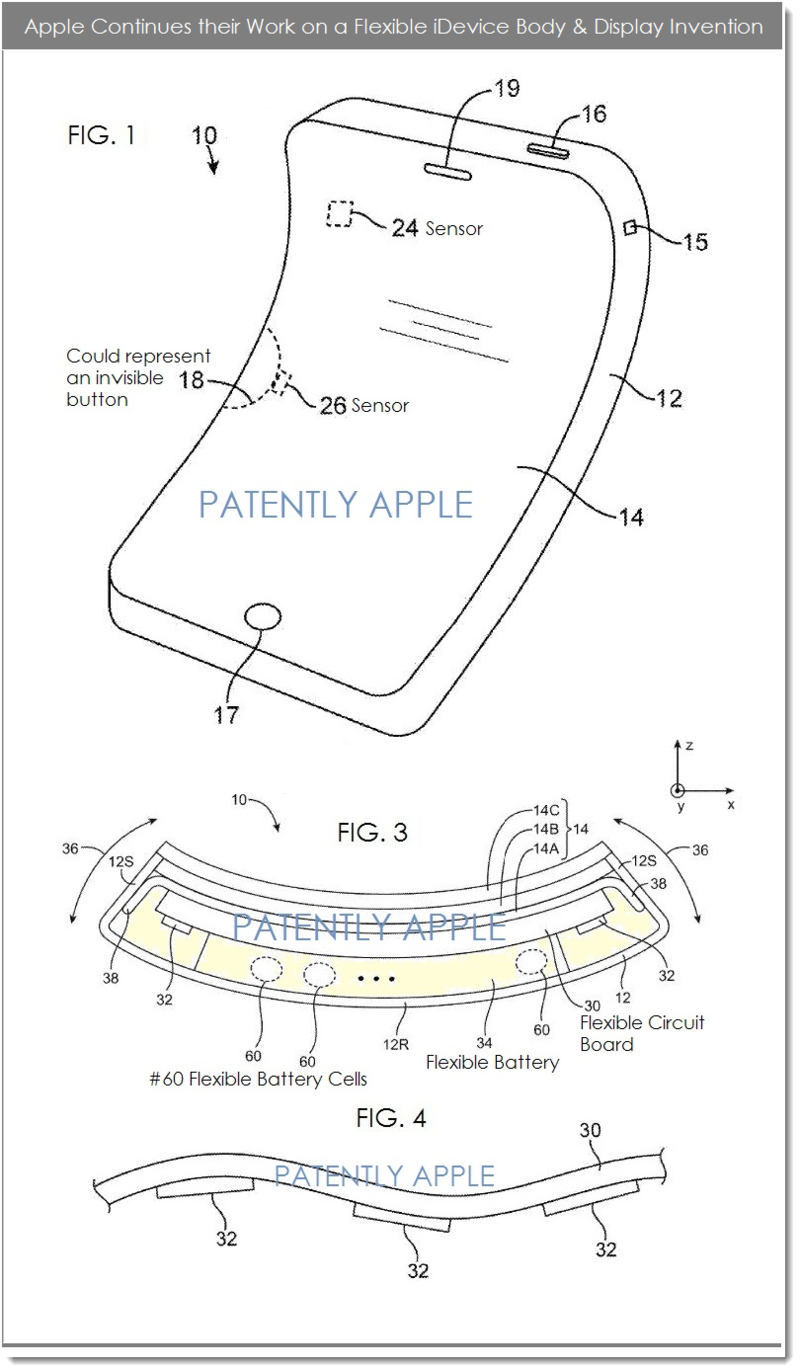 Apple credits Jeremy Franklin, Scott Myers, Benjamin Rappoport, Stephen Lynch, John Ternus and Justin Wodrich as the inventors of patent application 20150116920 which was filed in the U.S. in Q1 2015. The original filing is noted as being 2011. Considering that this is a patent application, the timing of such a product to market is unknown at this time.