The Surprise of the Apple Event: Apple Reinvents the MacBook 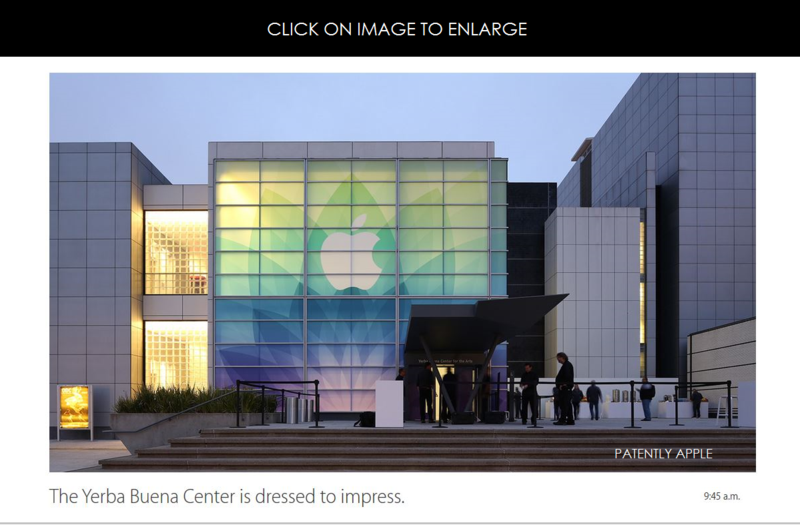 What an interesting Apple event it was today. It covered much more than I had ever imagined. In fact, my favorite segment by far was the introduction of the new MacBook. This report is primarily about that key segment.

Apple's segment of the keynote about the new MacBook began with Tim Cook's flare for statistics. He stated that "for every year for the last decade the Mac has outgrown the industry. And if you look at notebooks it's even more telling. Last year the industry notebook sales shrunk by 2 percent and the Mac grew over 21 percent." 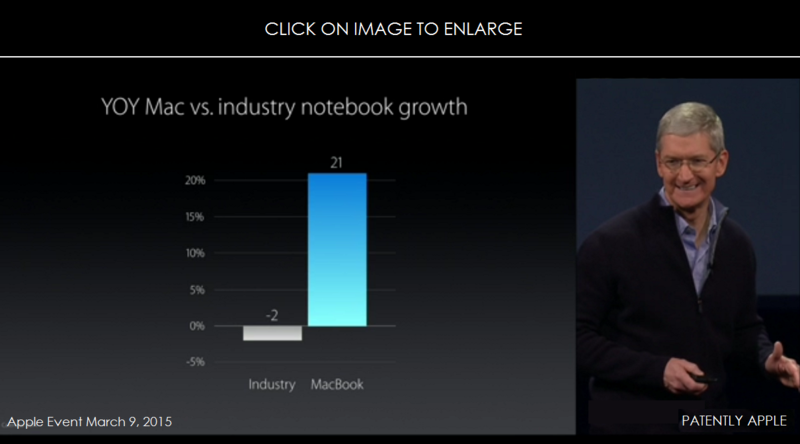 Then Cook introduced the new MacBook in an odd kind of way. He began by talking about portability having changed over the years led by the iPhone and iPad. Cook then stated, "So we challenged ourselves to take everything that we had learned designing iPhone and iPad and do something incredibly ambitious and bold. We challenged ourselves to reinvent the notebook. And we did it. And here it is." 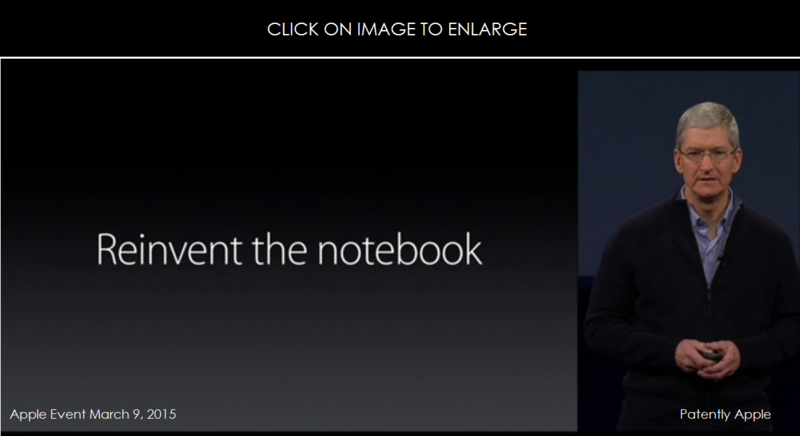 I thought for sure Apple with that introduction that Apple was going to take their iDevice experience and create the ultimate "hybrid" notebook. While they certainly didn't deliver on that front, they did advance the MacBook in many incredible ways.

Apple most certainly blurred the lines today between the MacBook Pro and MacBook Air. In fact it will take some time and more reading to really understand why Apple didn't on the spot kill off one of their MacBook lines. With this new MacBook, why do we need the MacBook Air? What's in store for that line going forward? Will it transform into a hybrid in the fall? It's a little baffling, yet intriguing, as something else has to emerge to make Apple's MacBook line up make sense with this new entry.

In the end, no matter how you look at it, the new MacBook is breathtaking. It's not just because it's thin, it's because of the technology they used to make it thin. Apple reinvented everything starting with a new key design for their keyboard, to the single USB-C connector, to the display, to the MacBook's all metal back hinge, to the fanless design right through to reinventing the MacBook's battery that will give you about 9 hours. 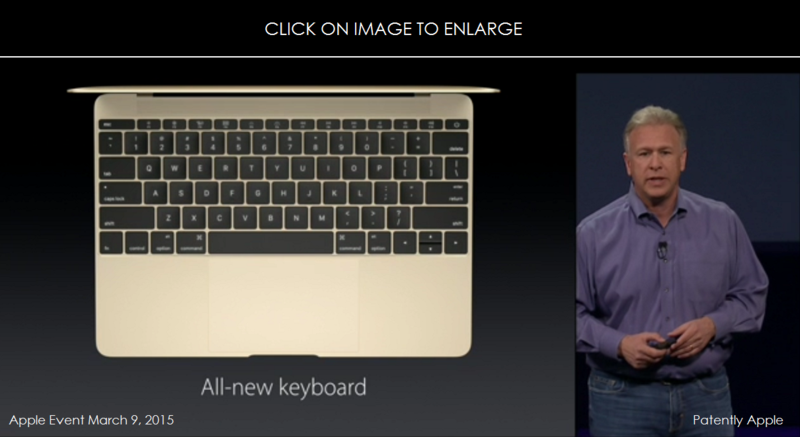 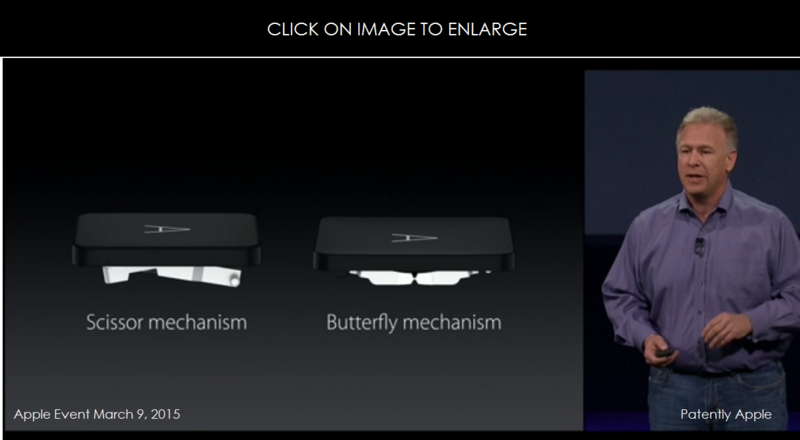 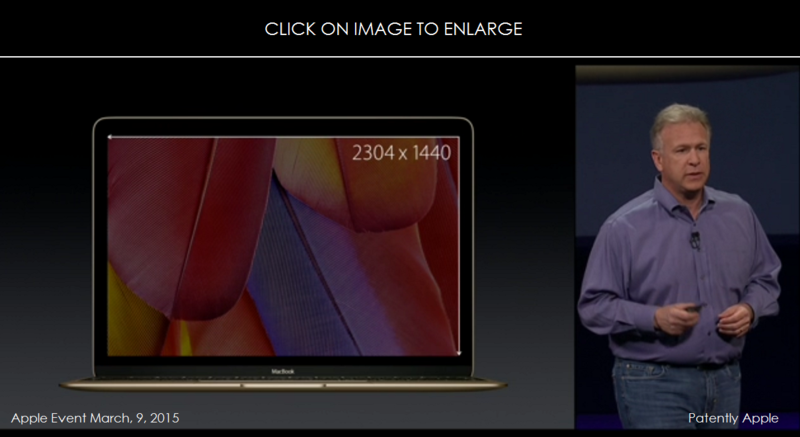 Some had doubted that Apple would use the new Intel Core M processor. Even though it was designed to ensure PC companies could make a thinner MacBook Air for Christmas, Apple is the one that really took advantage of this new Intel processor design to the maximum.

Apple also took advantage of the added space and introduced a new kind of battery for the MacBook that they describe as "terraced, contoured battery cells" that could be stacked and staggered to allow the battery to fill every nook and cranny of the MacBook's new thinner profile. This kind of battery was first discussed back in a 2012 patent report titled "Apple to Redesign Battery Shapes for Future, Thinner Devices" (here's another patent on this showing the stepping design.)

Just last week we posted a patent report titled "Apple intensifies their Work on Force Touch Sensors for Future iDevice Applications and Beyond," which pointed to this technology coming to a future Trackpad and beyond. Apple's trademark filing for "Taptic Engine" a few weeks back hinted of the technology being used beyond the Apple Watch. And while the emphasis was on a computer gaming system it also covered other hardware. 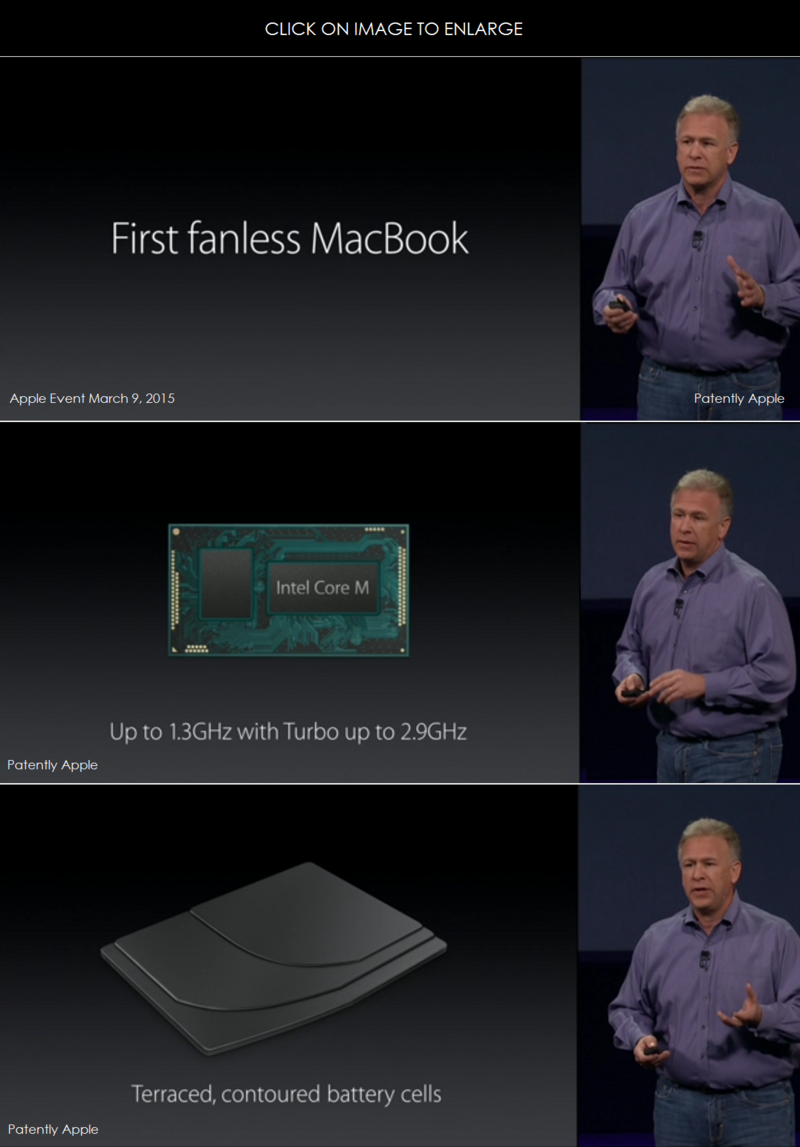 Well before there was ever a "guru" foretelling of a single port for the New MacBook, there was an Apple patent. In July 2014 we posted a report titled "Apple Invents a Reversible USB Connector." And technically, Apple had been working on this prior to 2013 when their patent surfaced regarding a single universal connector. We covered it again in January 2015 in a report titled "Is Apple's Radical Universal Connector Ready for Primetime?" The answer is now clear: yes it is. 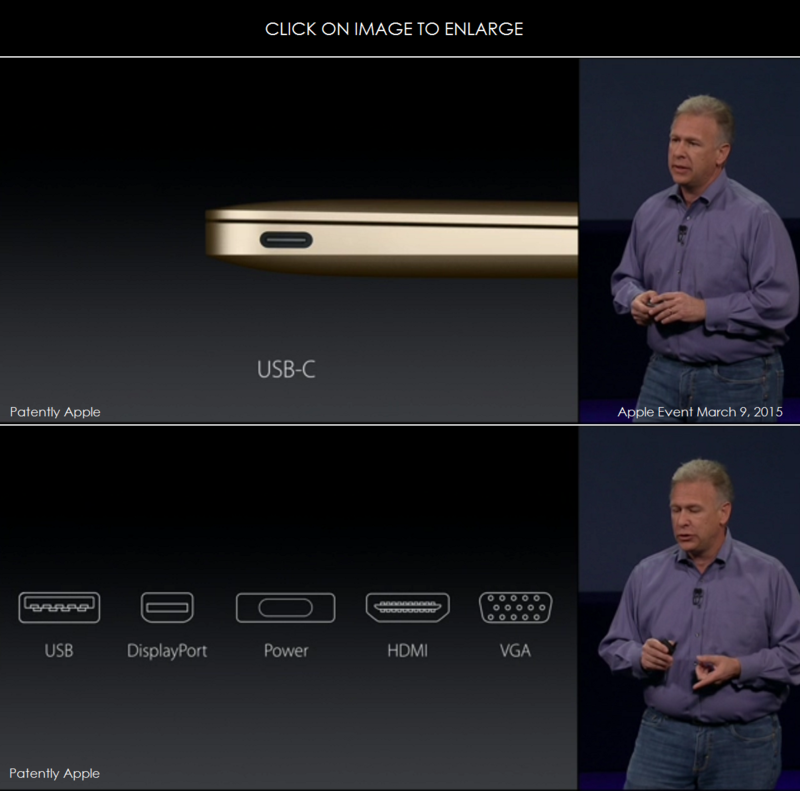 While the Apple event covered a number of interesting things today including the exclusive "HBO Now" deal with Apple TV on launch day (only in the U.S.), to Apple TV getting cheaper, to ResearchKit being introduced, to Apple Watch being your hotel room passkey through to a Coke vending machine using Apple Pay (we covered the original smart Coke machine back in 2012), it's the new MacBook that impressed me the most by far.

While it's Apple's ResearchKit that holds the most potential and promise for all of us in the long run by accelerating medical research and the development of future smart drugs and medical procedures that could save our lives – in terms of shear practicality, the new MacBook was the winner of the day, even though it was an Apple Watch event.

What impressed you the most today?