The music industry has been re-thinking the so-called "freemium" music streaming business model. The issue exploded onto the scene with the very public incident of Taylor Swift yanking her music from Spotify. In November the Rolling Stone noted that Taylor Swift had never been the most enthusiastic supporter of free music. Swift had written at an earlier time that "Music is art, and art is important and rare. Important, rare things are valuable. Valuable things should be paid for." Her position turned more extreme one week after releasing her new album 1989 when her label Big Machine Music abruptly yanked her entire catalog from Spotify. Since that time, the industry in general has begun making this a big issue going forward. 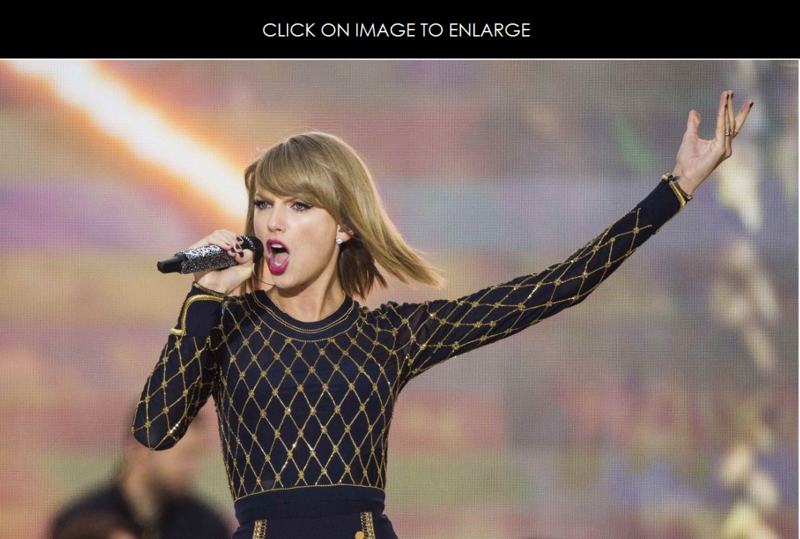 Weeks after Taylor Swift's move, the Wall Street Journal reported that "Now that fans have had a taste, record labels are feeling less generous as they head into their next round of licensing negotiations. Some plan to use their leverage to start cutting the free access. One major-label executive said he regretted ever having agreed to allow licensees to offer any on-demand listening features free. "In hindsight we made a mistake," he said.

The major labels are going to demand music's subscription services to curtail free-trial periods, sell more ads on their free services, get customers' credit card information sooner and invest more in reducing subscriber churn rates. The report also noted that even Google's YouTube, the largest de facto free music service on the Internet thanks to its millions of free music videos—is getting with the program. They plan to introduce a new service called Music Key for about $10 a month. 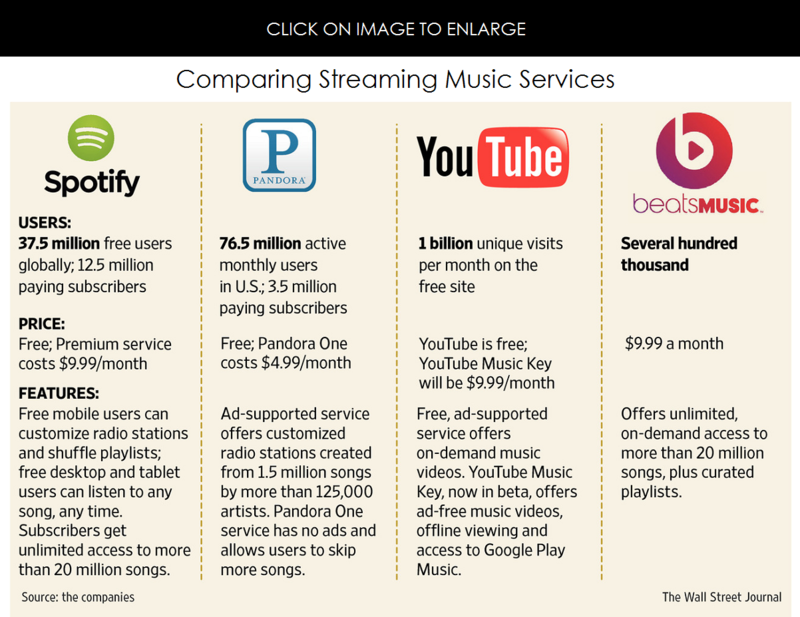 Last week re/code reported that "Apple executives have been telling the music industry it can help them roll back the tide of free digital music by relaunching its own subscription streaming service this year. Unlike Spotify and YouTube, Apple's service won't offer a free "tier" of music interspersed with ads — after an initial trial period, you'll need to pay to play.

Apple executives, led by media head Eddy Cue and Beats Music founder Jimmy Iovine, have been arguing that the music business 'needs to get behind a paywall,' say people who have talked to them. Apple bought Beats last year, partly to help it gain a foothold on streaming music just as iTunes sales of digital downloads had started to drop.

Now Apple is negotiating with the music labels for licenses for a revamped version of Beats. Sources say Apple would like to make a splash by getting high-profile artists to distribute their music with Apple before it makes its way to other services."

Today, the Guardian interviewed the CEO of Ministry of Sound Lohan Presencer who took aim at audio services such as Spotify, Deezer and Rdio. If Ministry of Sound's boss had his way, there would be no free option for streaming music services.

Despite having settled his company's lawsuit with Spotify over playlist copyright infringement, Presencer remains a combative opponent of free streaming services – a point he made forcefully during a recent Mobile World Congress debate with representatives from music streaming services Deezer and Rdio.

If this debate over eliminating the freemium streaming services interests you, then you'll find the video below most interesting.

In the debate, Rdio's head of business development Chris Burton noted that Rdio had spent four years as a subscription-only service finding it "very difficult" to persuade people to sign up. He said that if the music industry turns away from freemium streaming music business model it would be "extremely difficult" to keep increasing revenues." That's kind of a self-centered view of course and why Apple is banging the drum to basically wipe out those services that are not willing to sell a streaming service and drop the freemium tier which is hurting the industry and artists like Taylor Swift.

Going into the next round of negotiations between music labels and streaming services, the freemium services are going to suffer a major setback. Some may be able to survive by being forced to push a higher number of ads to be included in their service so as to annoy consumers over time to finally move up to paid services.

Yet one thing is for sure, freemium services will be eradicated over the next few years if the next-generation streaming services are able to prove that they can be rainmakers for the music industry. The music labels have finally lost their patience supporting the freemium business model.

During Apple's Financial Conference Call in January Apple's CEO Tim Cook noted that CarPlay would be adopted by 30 automotive brands in 2015. I think that Cook updated that number during Monday's Apple event to 40 brands if I'm not mistaken. This could be one of the major advantages that Apple will have with their new streaming service released at a time when many will be on the road looking to play their favorite music. Having the new streaming service available to fans at their fingertips on CarPlay could be a killer app for Apple.

It's also being rumored that Apple may start pricing of the new service at just $5/month which could really move the subscription needle to where it has to be to excite the music labels. With Apple's acquisition of Beats, the expectations for this new service to succeed is without a doubt really high, in fact, nose bleed high. Will Apple be able deliver a winning model in June? Only time will tell.