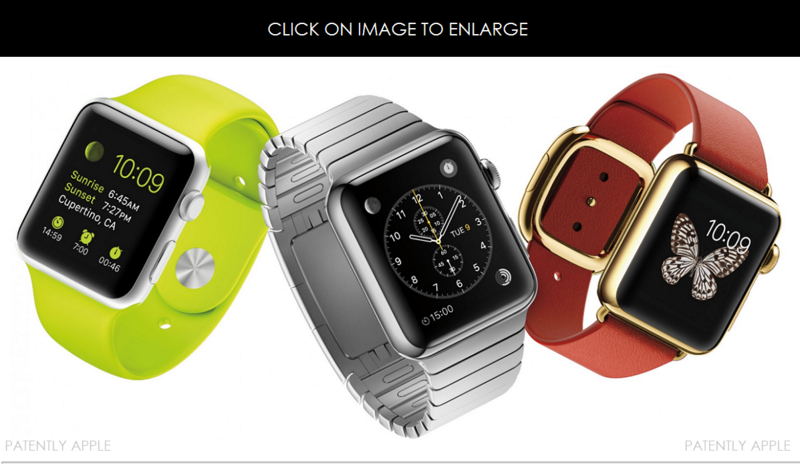 In February we posted a report titled "J.P. Morgan Forecasts 26 Million Units of Apple Watch will be sold in 2015 vs. 720,000 Android Units Sold in 2014." That was certainly a bold prediction and over the next few months there will be many different forecasts surfacing, especially after the Apple Watch is out for a full 30 days. Until such time, Strategy Analytics is the latest to jump on the Apple Watch train with a very enthusiastic prediction of their own.

According to the latest research from Strategy Analytics' Wearables Research Service, the Apple Watch smartwatch will ship 15 million units worldwide in 2015. Apple will quickly become the world's number one smartwatch vendor with 55 percent global market share this year. 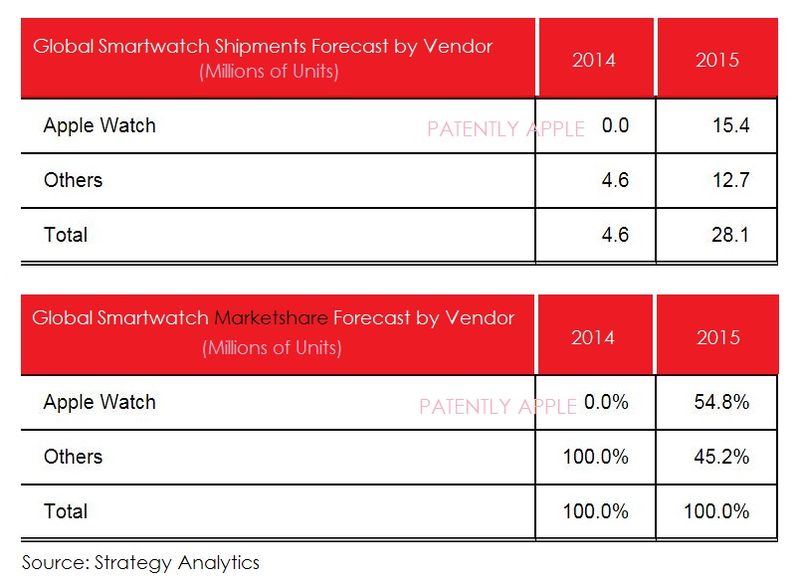 Strategy Analytics believes that the Apple Watch is the catalyst to ignite the global smartwatch market. Apple's famous brand, loyal fan base, deep retail presence and extensive apps ecosystem will ensure healthy uptake for its Watch.

However, Strategy Analytics notes that Apple's first-generation Watch is far from being perfect. For example, Apple's Watch hardware design is arguably less attractive than some rival models such as the Huawei Watch, battery life may not be as long as many traditional wristwatch owners are used to, and Apple's premium pricing may be challenging for mass-market consumers. Apple will need to upgrade tangibly its second-generation Watch to stay ahead of competitors later this year.

True, the Apple Watch isn't perfect. But Apple has a history of refining a Mac and/or iDevice's design over many years and famously thinning them down until they reach "Air" status, the thinnest of their respective lines such as the MacBook Air and the iPad Air.

It's Apple's holistic approach to design and marketing that will step on Huawei or any other smartwatch over time. The Apple Watch will have the best apps that are some of the most innovative and being syncable to other iDevices and the Mac, it's destined to be the most popular – end of story.