IDC has published one of its worst reports on tablets to date. Firstly, following the first year-over-year decline in worldwide tablet shipments in the fourth quarter of 2014 IDC has had to scale back their five year forecast for the product category. In other words, their previous forecasts were completely off the mark. Secondly, IDC continues to count Windows based 2-in-1 devices as tablets which provide an instant negative for Apple who doesn't sell a hybrid. So the whole category is calculated incorrectly and from it, IDC sees Microsoft as the horse to bet on for growth surging into 2019. How seriously can we take IDC?

According to Jean Philippe Bouchard, Research Director for Tablets, "Microsoft is doing a lot of good things right now and we believe the launch of Windows 10 later this year will not only have a significant impact on Microsoft's share of the market, but on the industry as a whole. There is an appetite for a platform that can provide a productivity experience that remains consistent across multiple form factors and device types, and we believe Microsoft is well positioned to capture some of that demand."

According to IDC, Windows, despite modest adoption to date, is expected to gain significant share over the course of the forecast, growing from 5.1% in 2014 to 14.1% by 2019. In IDC's little world, Microsoft is the relevant one to show significant market share while Apple, currently at 27.6% market share, is magically going to drop to 23% market share during that same period – despite the Apple-IBM alliance that will be a force in the enterprise from now through to 2019.

When it comes to Apple, who reinvented the tablet in 2011, IDC presents a negative slight as follows: "Once-upon-a-time-leader iOS is likely the weakest link as IDC expects its volume share of the market to decline in 2015, reaching levels below that of the past three years." There's no doubt that the IDC knife came out in this report while holding back their praises for who? Yes, Microsoft the loser in the tablet space to date.

With the news from Intel today that they saw and continue to see weaker-than-expected demand for business desktop computers with Windows, I don't know how IDC can say that Microsoft is this shining enterprise star. Has IDC lost its way?

When Apple released the iPhone 6 in late September their sales exploded to finish out the year as the number one smartphone in the world. IDC and all other research firms didn't predict that outcome. The missed it, completely.

In the short term, the iPhone 6 Plus could have bitten off a little tablet business away from the iPad in Q4, but Apple could turn their tablet sales around on a dime if the iPad Pro comes to market this fall, as some expect. IDC can't even conceive that because their executive covering tablets is so enamored with the coming Windows 10 miracle. Yes, it's a real head scratcher – but it'll certainly be fun to see what happens in Q4. Will IDC be proven to be right? I doubt it, but only time will tell. 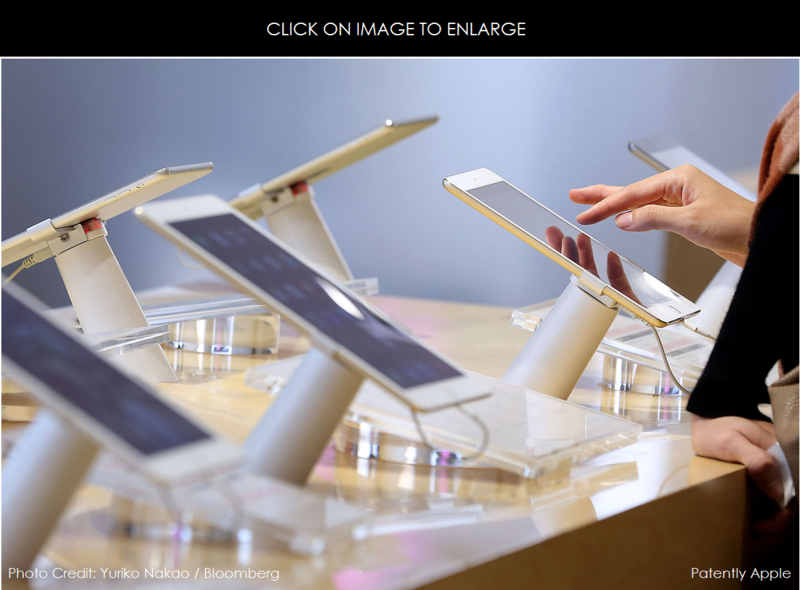 For the record: Patently Apple added the red arrows to the IDC chart noted in our report to draw attention to the 2019 forecast where Apple will be down and Microsoft will be up.