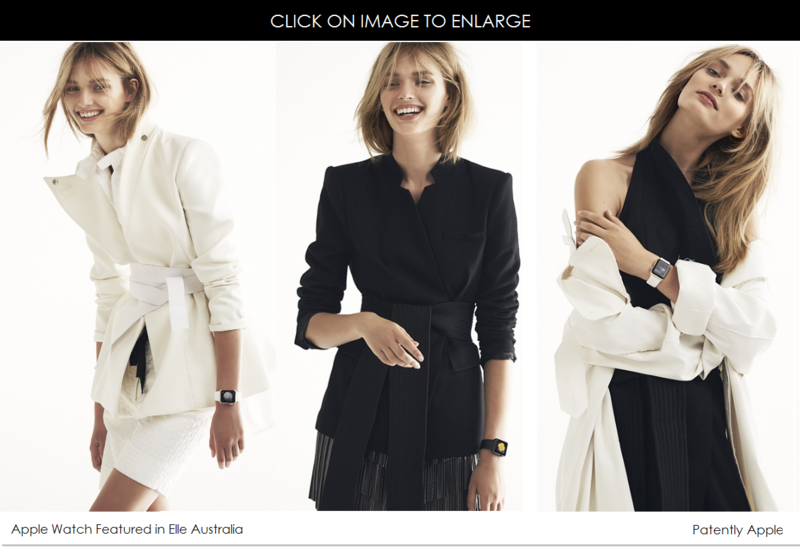 Australia's latest edition of Elle Magazine highlights the upcoming Apple Watch. The article begins with "Tick-tock, tick-tock: the Apple Watch is coming." ELLE is the first magazine in Australia to feature the much-anticipated Apple Watch.

In the new issue, starring vivacious funny girl Rebel Wilson on the cover, readers will find three Apple Watches, in different bands, paired with this season's power pieces as noted in our graphic above. The article covers looks for the office, for an event or cocktail party and for the weekend.

Meanwhile, ELLE's editor-in-chief Justine Cullen took time out with Apple in San Francisco to road-test the watch and says, "I want one. I'm sad that the Edition version costs US$10K because it's by far the prettiest, but I'm definitely a fan of the functionalities in the more accessible versions. I love the idea of having all the things you need to know – such as your next meeting – on your wrist at a glance." You could read more about the Elle Magazine article here.