Home Archives Contact Us Subscribe Twitter Facebook Patently Mobile
With TV à La Carte Just around the Corner is Apple's Entry into the Online Video Distribution Business Too Little, Too Late?
China Mobile: It's Time to Expand our Collaboration with Apple 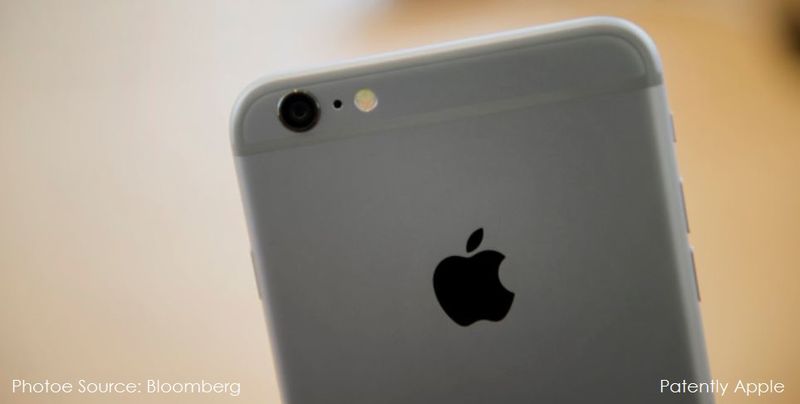 In a January report, Counterpoint's Research Director based in Korea, Tom Kang commented on Apple's performance in Korea in this way: "No foreign brand has gone beyond the 20% market share mark in the history of Korea's smartphone industry. It has always been dominated by the global smartphone leader, Samsung – but the iPhone 6 and 6 Plus have made a difference here, denting the competition's phablet sales." The chart below illustrates how Apple's iPhone 6 and 6-Plus smashed through the old Korean record of 20% market share by a foreign company by a wide margin. Samsung is still seething over what happened last year. They have whipped up anger throughout the Korean handset business to pressure the government into changing their new laws to ensure that Apple is never able to duplicate their success in Korea ever again.

In October we posted a report titled "Samsung weeps as iPhone 6 Mania Rocks around the Globe." Well, Samsung's weeping has now turned to hysteria in the Korean market with a rippling effect that goes right through to the doors of government officials that will back a new bill to change Apple's iPhone fortunes later this year. 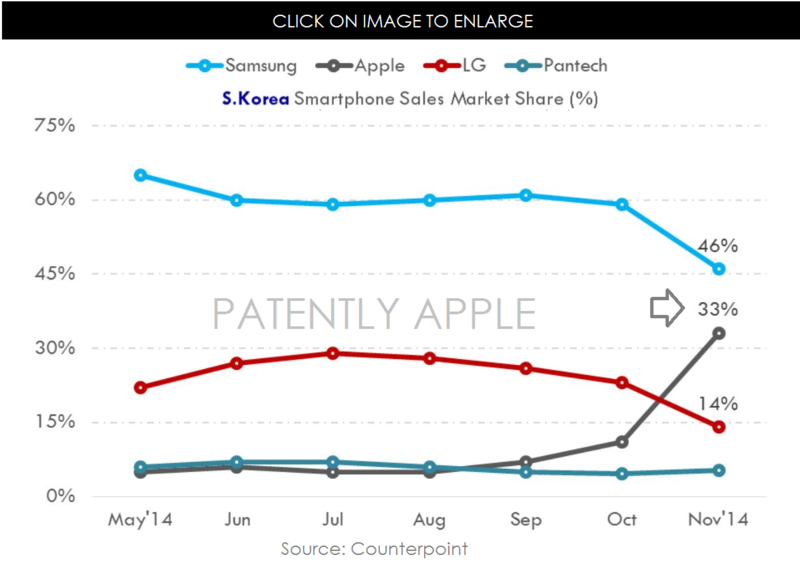 A report from Korea quoting market analysts yesterday, states that a recently reformed telecommunications law has weakened the grip of Korean smartphone makers in their home country and offered a boon for foreign rivals like Apple.

After its implementation, the market share of California-based Apple in Korea soared significantly from 2.9 percent in September to 27 percent in February this year, according to research firm ATLAS Research & Consulting. It reached a high of 34.2 percent in November, a month after the law took effect.

The market official stated that Apple "usually does well in the fourth quarter since it releases new flagship smartphones at the time, but it is rare to see Apple keep its momentum until the second month of a year."

The market official explained that the reformed bill had forced telecom firms and manufacturers to reduce the amount of subsidies given to customers which led to a decrease in the market share of domestic handset makers.

The market official further noted that Apple, "which had been stingy in doling out subsidies to attract consumers, on the other hand, was able to avoid the ramifications caused by the law."

Samsung Electronics saw its domestic market share drop from 60 to 52 percent during the September-February period, while LG's market share decreased from 31 to 15 percent.

An industry official stated that "The telecom law also took away Pantech's hope of getting back on track as the firm has been constantly losing its footing in the domestic market since the law went (into) effect."

Korean smartphone manufacturers' presence has also decreased in the global market and the KCC's regulation is often referred to as the main culprit. With their decreasing market share, Korean manufacturers have also lost an opportunity to use the domestic market as a test bed for their new flagship products.

The fourth quarter result came as a blow to the Korean tech giant, which posted sales of 83.3 million units a year earlier, while Apple sold 50.2 million units.

Criticism against the law aimed at improving the distribution system of the handsets is also on the rise within and outside the market.

The hysteria of Apple being able to play by the rules and beat local manufacturers permeates the entire industry in Korea. It was even noted that an association that represents mobile retailers in Korea lashed out at the ICT Ministry and the KCC, claiming the telecom law threatens the business of mobile retailers.

The Retailers Association lashed out by saying that "The government is trying to impose excessive rules on corporate marketing, and that has done nothing but increased prices of handsets."

Lawmaker Jun Byung-hun proposed a bill to strike down the act that hampers the growth of the Korean smartphone manufacturers and the retail sector.

In regard to the decreasing sales of Korean smartphone manufacturers, an official from the ICT ministry said "the ministry is gathering relevant information and conducting surveys to deal with the issue." The issue being that Apple's success with their iPhone 6 was able to win substantial market share in the Korean market for the first time in history by having a better product.

Some market analysts, however, said the act would encourage Korean smartphone-makers to focus more on producing great products featuring appealing factors, rather than relying on marketing tactics.

Some companies are already responding to the challenge. Samsung is gearing up to deal a counter-blow to its rivals with the S6 and S6 Edge.

Kim Hye-yong, an analyst from NH Investment & Securities stated that "The Galaxy S6 will help Samsung regain a competitive edge in design over other handsets," forecasting the upcoming marquee phone would outpace its predecessor in sales.

Apple beat Samsung fair and square in 2014 with the iPhone 6 and especially the iPhone 6-Plus, the phablet that took on the Samsung Galaxy Note. Apple's iPhone 6 was the number one smartphone in the World in 2014 beating out Samsung and that only happened because they beat Samsung on their own turf.

The same Samsung Galaxy smartphones that lost to Apple in 2014 will magically resurrect in 2015 and beat out Apple's iPhones when the Korean government is finished tinkering with laws to put Apple's iPhone at a disadvantage with carriers and retailers. Not that the Galaxy smartphone will be any better, but that the heavy hand of the Korean government will ensure Samsung's victory. How corrupt and screwed up is that?

Congratulations Apple. By creating the very best smartphones on the planet with new innovative designs, you've rocked Korea's smartphone business to its very core leaving it in a state of pure hysteria.

While the fix will be in place to ensure that Apple is never able to duplicate their 2014 success by the end of 2015, at least Apple fans around the world will now know that it won't be because the new Samsung Galaxy will be a better product than the next iPhone. Oh no, it's because a dirty little cabal is going to make it look that it's so.