On March 26, 2015, the U.S. Patent & Trademark Office published a patent application from Apple that reveals smart packaging that can assist in performing personalization of a new electronic device while still in the packaging at the Apple Store. Today, Apple Store reps will help a user set up their new devices if they so wish at the store. This new process will simply expedite this personalized service without removing the device from the packaging. 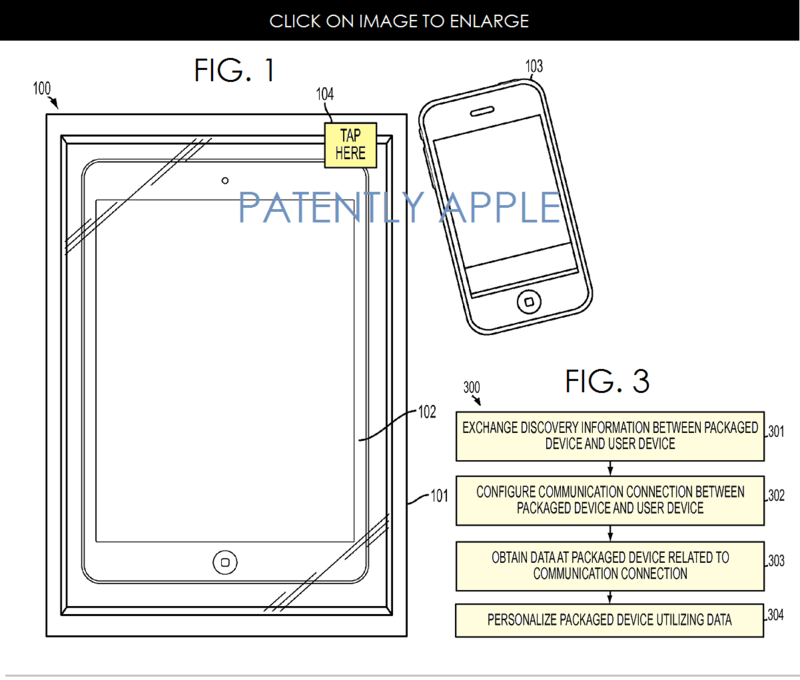 Apple credits Brian Tucker as the sole inventor of patent application 20150089091 which was originally filed in Q3 2014. Considering that this is a patent application, the timing of such a product to market is unknown at this time.