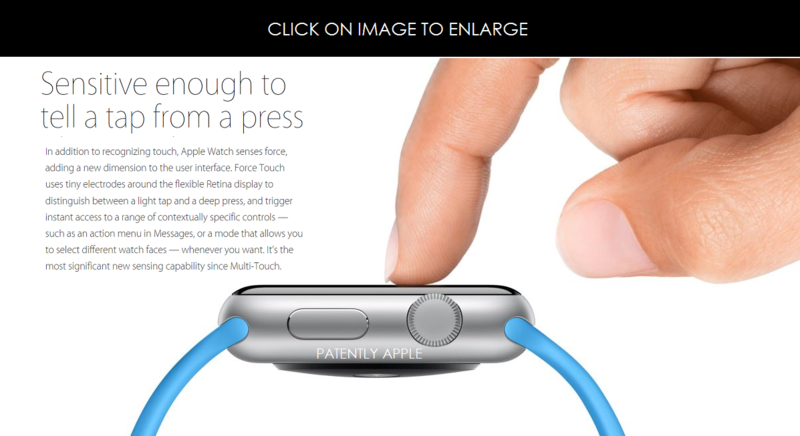 Apple has been working on force sensors for touch displays, a future version of the Magic Mouse right through to the Apple Watch for some time now. Since this feature will debut with Apple Watch in April, force sensors could be on track to move to other devices over time including the Magic Mouse, the iPad and iPhone. In fact a rumor recently surfaced about this feature being aimed for next-gen iPhones. Today, the U.S. Patent & Trademark Office published a patent application from Apple which actually combines more than 24 patents into a single patent application. One of the key aspects of the invention relates to devices that could detect a first portion of a gesture on a touch-sensitive surface, including detecting intensity of a respective contact of the gesture. Our report provides you with only a brief overview of this aspect of Apple's invention.

The following are Key Points from Apple's Invention relating to touch displays that could provide unique feedback to users based on the intensity of their touch on a touch-display or Trackpad.

Apple notes that there's a need for electronic devices to provide faster, more efficient methods and interfaces for providing visual feedback for operations performed on an electronic device with a touch-sensitive surface (e.g., a trackpad or touch screen). More specifically, there is a need for providing a preview of a new state in response to an initial portion of a gesture (e.g., a press input), and determining whether to return to a previous state or to enter the new state at the end of the gesture.

Apple's invention is designed to provide a user with a continuous response to the force or pressure of a user's contact, which provides a user with visual and/or haptic feedback that is richer and more intuitive. More specifically, such continuous force responses give the user the experience of being able to press lightly to preview an operation and/or press deeply to push "past" or "through" a predefined user interface state corresponding to the operation.

Similarly, a pressure-sensitive tip of a stylus is, optionally, used to determine a pressure of the stylus on the touch-sensitive surface. Apple covered this briefly in their 2014 stylus patent. 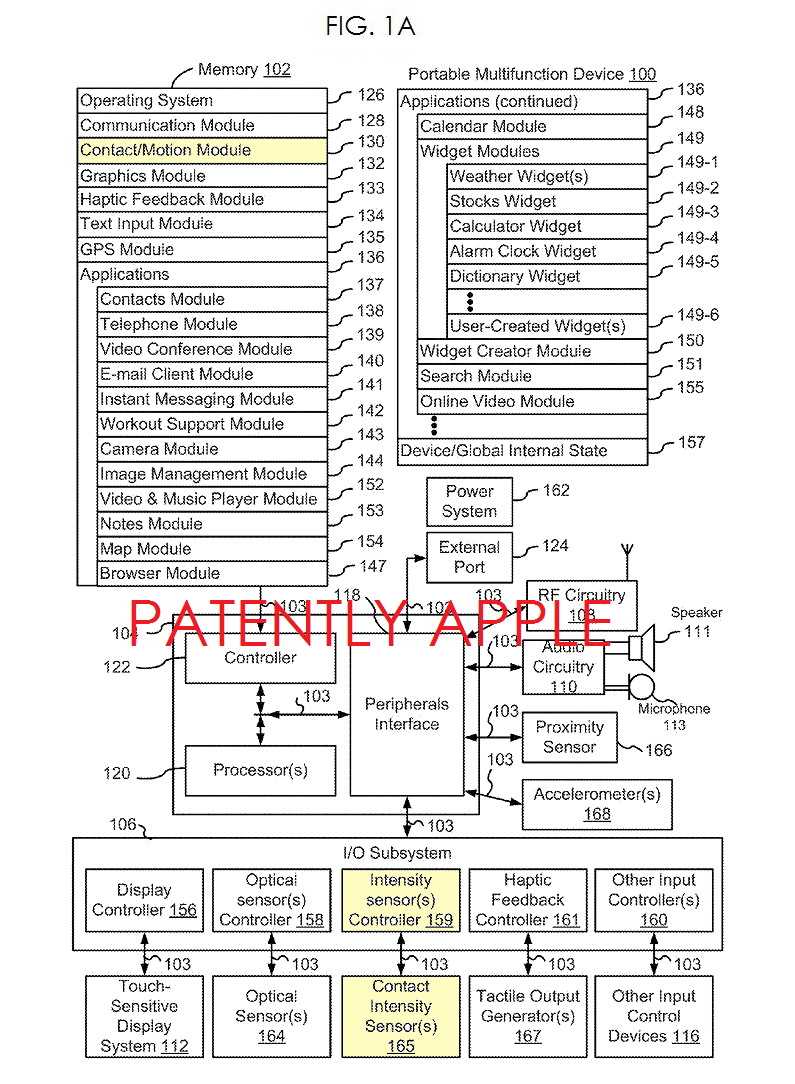 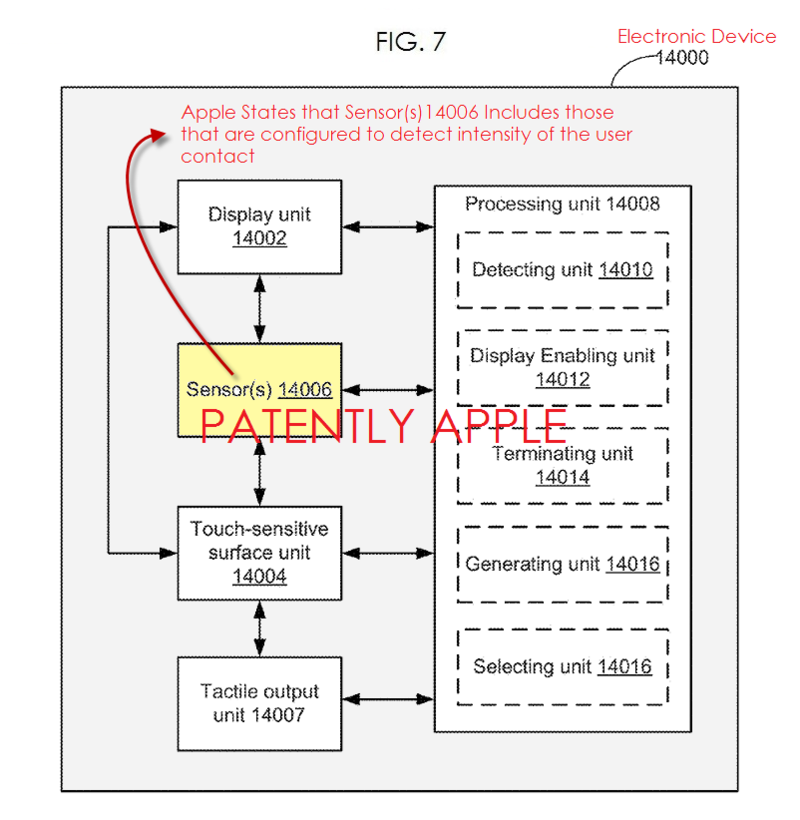 Apple credits Jeffrey Bernstein, Julian Missig, Avie Cieplinski, Matthew Brown, May Khoe, Nicholas Zambetti, Bianca Costanzo, David Hart and Michael Victor as the inventors of patent application # which was originally filed in Q 2012. Considering that this is a patent application, the timing of such a product to market is unknown at this time.

Apple has at least a hundred patent figures to help you visualize how some of the invention could work. For the curious ones amongst us, you could drill deeper into this invention by checking out Apple's latest patent application here.