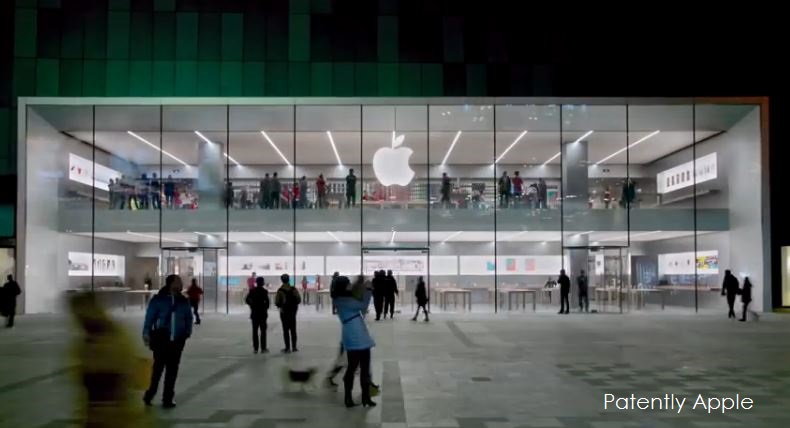 Over the years Apple has been granted several design patents for their famous Flagship Apple Stores including the one on Fifth Avenue in New York City along with one in Shanghai China. In 2013 Apple's in-mall store designs were granted a registered trademark for their Distinctive Design & Layout. They even filed patents for a glass staircase and various in-store components. Earlier today we posted a report covering Apple's 8 granted design patents for their Apple Store in West Lake China. In this report we cover Apple's Hong Kong granted design patent for their Flagship Store in Zhongjie Joy City. We reported on the opening of that store on March 4, 2015 along with an opening day video. Apple was granted two design patents numbered 1401421.9M009 and 010. Two of the design patent illustrations are noted below. 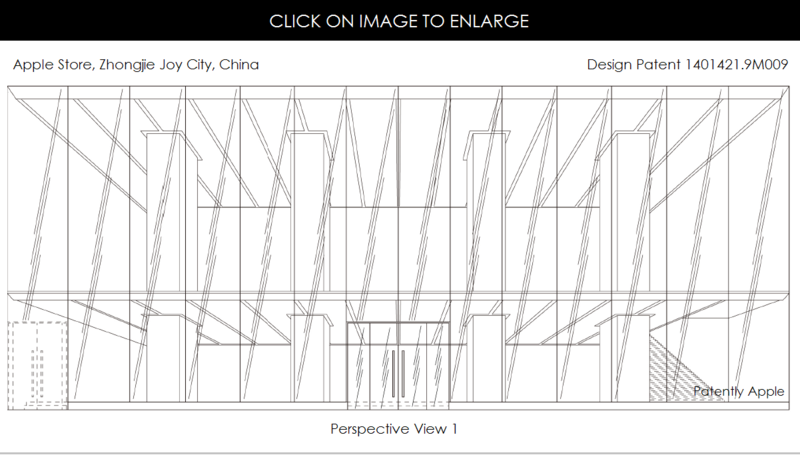 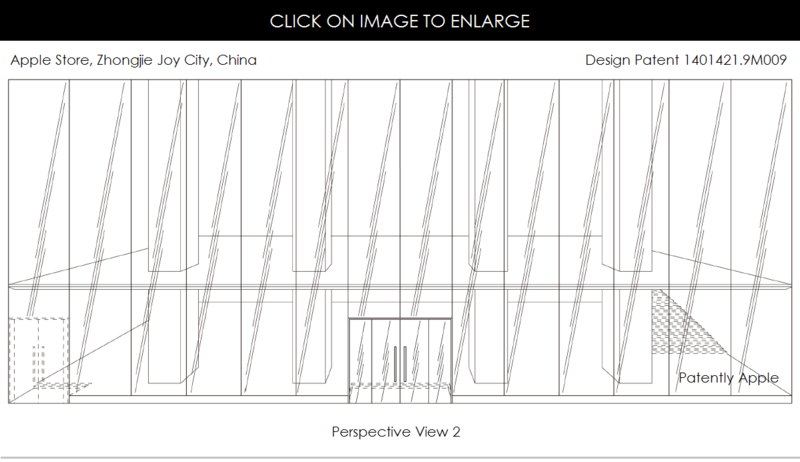 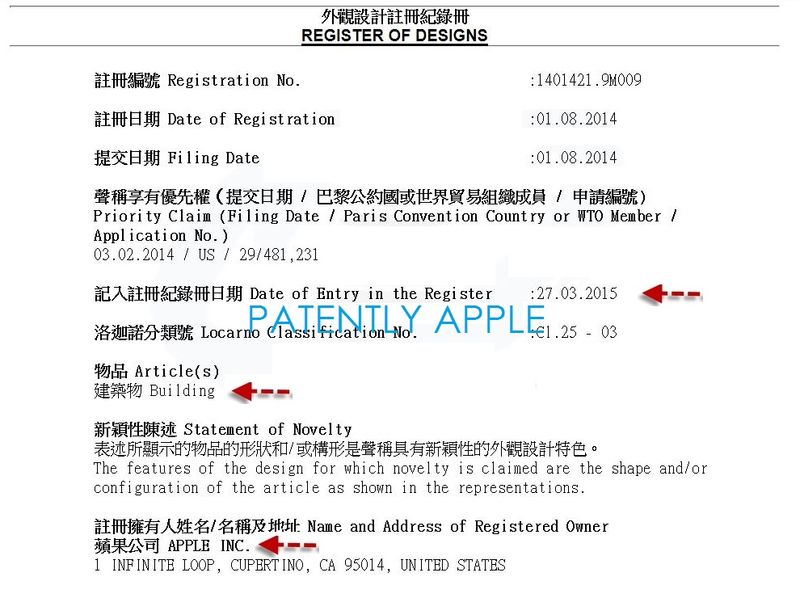