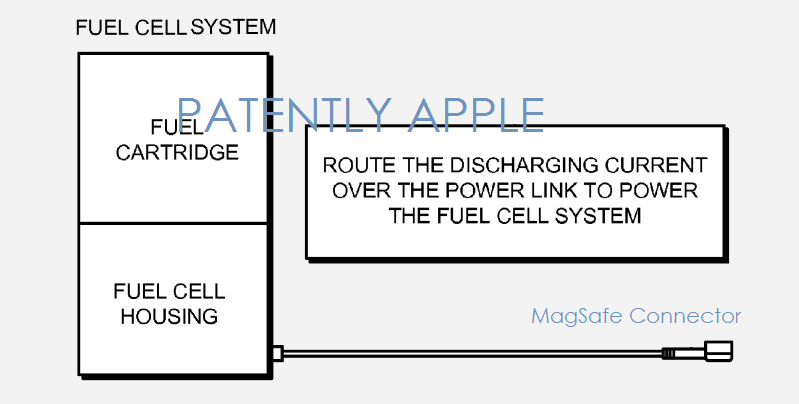 We posted a report yesterday titled "The Race is on to double the iPhone's Battery Life & beyond." We noted in that report that Apple had been sued by an advanced battery company called A123 Systems for "employee raiding" or poaching in February and last week Apple introduced their innovative terraced battery cell. In Apple's search for ways to extend mobile device battery life, Apple was granted a patent today by the U.S. Patent and Trademark Office regarding fuel cell technology. According to Apple's invention, fuel cells and associated fuels can potentially achieve high volumetric and gravimetric energy densities, which could potentially enable continued operation of portable electronic devices for days or even weeks without refueling. This kind of leap could be a game changer if Apple can bring this granted patent to life. 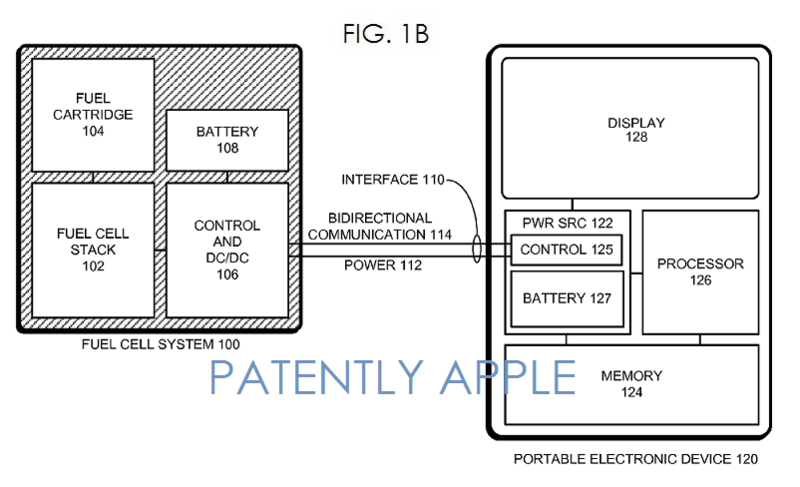 Apple's patent FIG. 1B illustrates how a fuel cell system can be connected to a portable computing device.

This is Apple's first granted patent regarding fuel cell technology. Another related invention of Apple's was filed months later and you could read all about that in our report titled "The Race is on for Next Generation Fuel Cell Powered Devices."

Apple credits Bradley Spare, Vijay Iyer, Jean Lee, Michael Hillman and David Simon as the inventors of granted patent 8,980,491 which was originally filed in Q3 2010 and published today by the US Patent and Trademark Office.