Apple continues their Work on a Virtual Keyboard for the iMac

On March 19, 2015, the U.S. Patent & Trademark Office published a patent application from Apple that reveals their continuing work on a virtual keyboard for the iMac. The device could use the same kind of board construction that is currently being used with their Magic Trackpad. The virtual keyboard would use advanced haptics with actuators under each virtual key to make it feel like regular typing with physical keys. In fact, if we think about it a little more, that could translate to Apple using their new Taptic Engine for this virtual keyboard. With so many people now used to working with virtual keyboards on iDevices, the idea of leaping to one for the iMac today isn't as dramatic as it would have been back in 2009 when the patent was originally filed.

In Apple's patent FIG. 1 noted below we're able to see a representation of an iMac (computing system 100) including an input device in the form of a virtual keyboard (#108) with a haptic feedback system configured to suppress propagating vibrations in one common operating configuration. 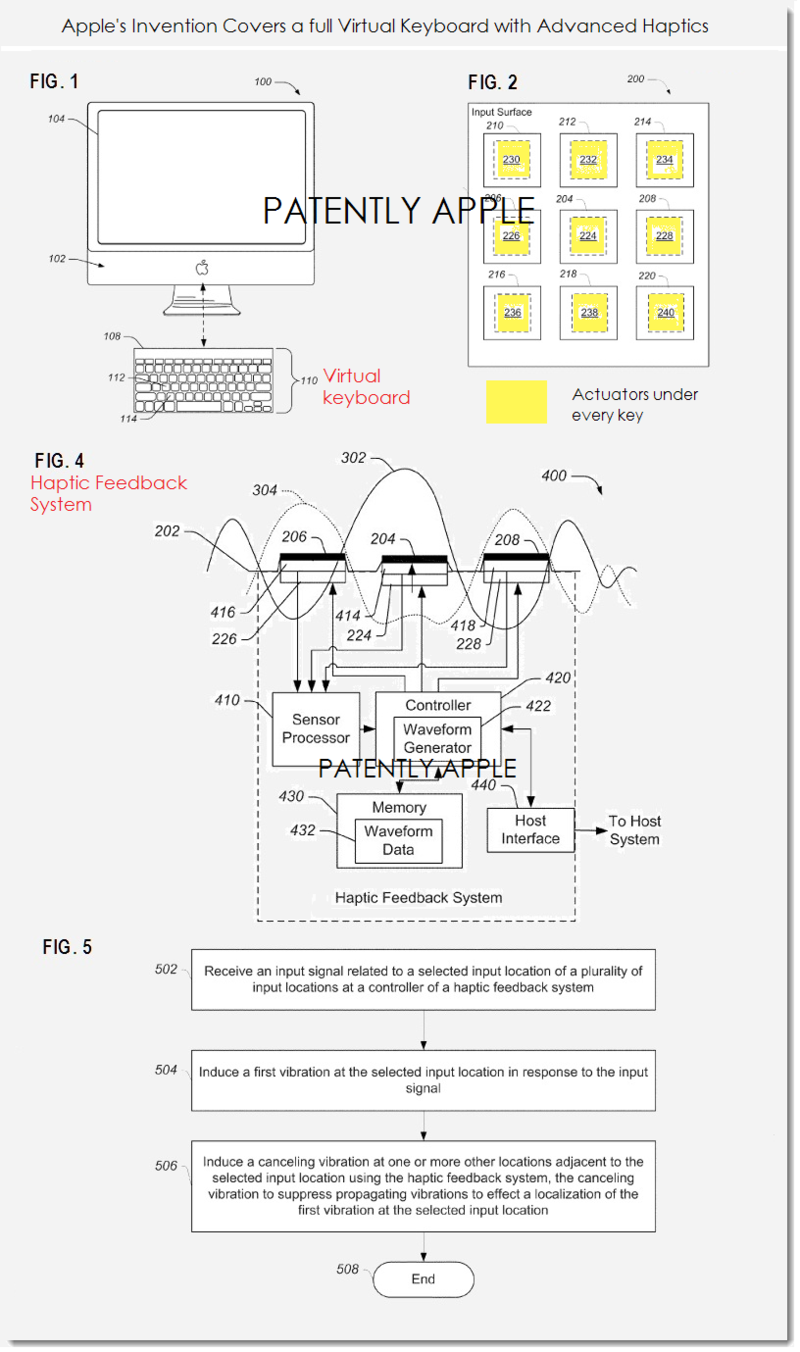 Many configurations of virtual keyboards have been proposed, and will be recognized by those skilled in the art. In this example, the virtual keyboard is in the form of a single unitary surface, such as a glass or metallic plate, having a plurality of defined contact locations as outlined in a conventional keyboard pattern. The user input detection system may utilize different detection systems including capacitance or inductive sensors or laser sensing.

Apple was granted a patent for a virtual keyboard as far back as 2009. The original filing for that patent was made in 2006. Another patent report of interest regarding virtual keyboards was posted back in 2012 titled "Apple Advances Work on Virtual Keyboards for iMac & MacBook."