At the 1:15:35 video mark of the Alibaba CeBIT Keynote, Jack Ma noted that Apple may not be the future, but Apple tells us what the future will look like. Ma then moved on to introduce Alibaba's new Face Recognition technology for their mobile wallet using an new iPhone 6-Plus as noted below.

We had to take a second look to verify that Ma was actually using an iPhone6-Plus in-hand, because the on-screen graphic that was behind Ma was illustrating an Android phone. So obviously the demo wasn't really reflecting what was occurring on stage. Ah, the joys of fake live demos. 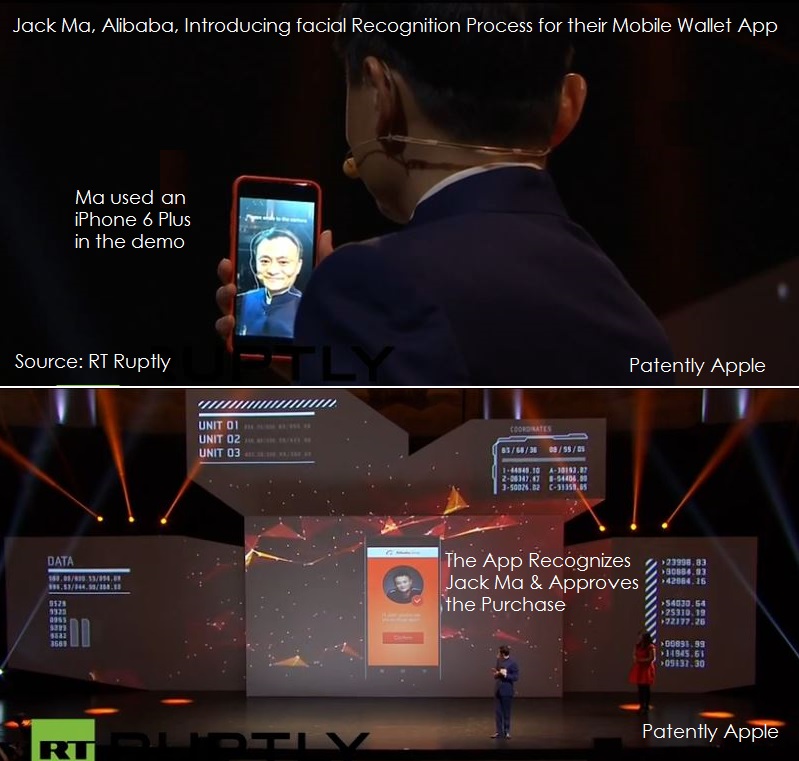 While face technology may sound interesting, we also know that at the moment it's easy to spoof. One of our Patently Mobile reports presented a video of how a simple photo of someone was enough to fool the verification process. Of course since that time both Google and Apple have advanced their face recognition ID processes through patents.

While Alibaba's new wallet ID system using facial recognition may have overcome past problems with this methodology, only time will tell if it can pass real world challenges and thorough security testing.

The Alibaba segment in English is relatively short followed by a film about the New IT in China and a little entertainment from China. The rest of the video is in Chinese and German. 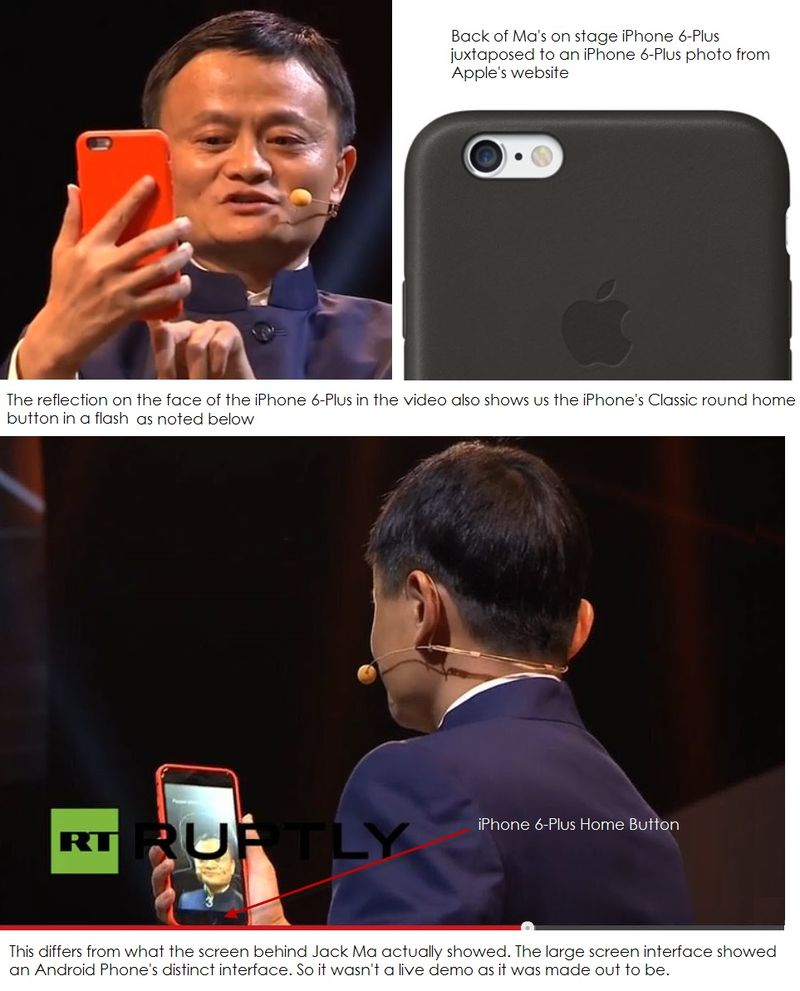