While inductive charging is interesting, especially due to the Apple Watch, it's Apple's Near Field Magnetic Resonance Power Supply invention that is the one we'd like to see come to market in the not-too-distant future. Intel's Skylake processor is going to support such technology later this year – so Apple's solution may not be too far behind.

Many electronic devices include one or more rechargeable batteries that require external power to recharge from time to time. Often, these devices may be charged using the same or similar connection type, for example via universal serial bus ("USB"). However, despite having common connection types, multiple devices often require separate power supplies with different power outputs. These separate power supplies are burdensome to use, store, and transport from place to place. As a result, the benefits of device portability are substantially limited.

Furthermore, charging cords may be unsafe to use in certain circumstances. For example, a driver of a vehicle may become distracted attempting to plug an electronic device into a vehicle charger. In another example, a charging cord may present a tripping hazard if left unattended.

Therefore, there may be a present need for a method of delivering useful power to a portable device that does not require a separate power supply and does not itself deplete the battery of the portable electronic device. 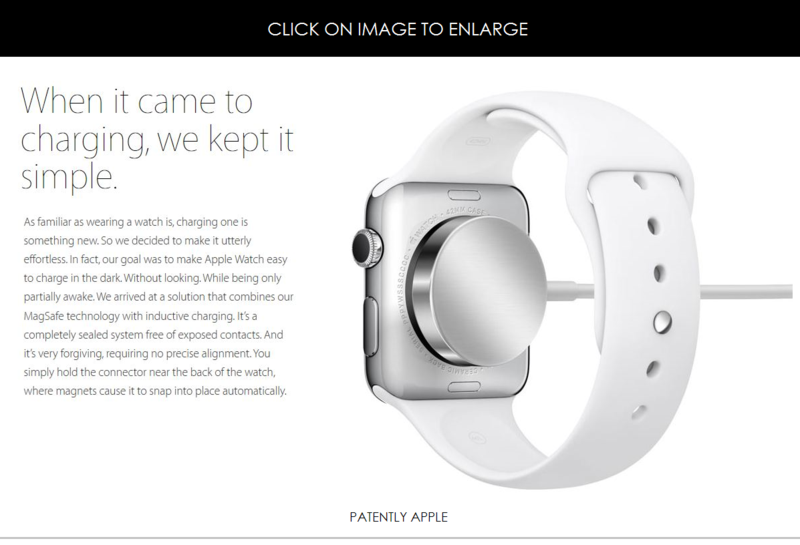 Power state information may include current or future power requirements, time estimations until a battery is fully charged, the current charge of the battery, or other power related information. The portable electronic device may send periodic updates, once or more per second. The wireless transmitter may be of any suitable technology such as, for example, Wi-Fi, RF, Bluetooth, near field communication ("NFC"), or infrared. In certain embodiments, the wireless transmitter may be an existing component of the portable electronic device, such as a camera flash or a display.

Apple also notes that the quality of the mutual inductance or inductive coupling may be substantially affected by many factors including the relative alignment of the transmit coil and the receive coil and the distance between the two. One may appreciate that for increased power transfer between the transmit and the receive coils, they should be close together and aligned along a mutual axis. In the case of the Apple Watch Apple is using MagSafe to ensure precise alignment.

Apple's patent FIG. 2 is a signal flow diagram in accordance with an embodiment of the present disclosure showing a ground connection controller in an off state. 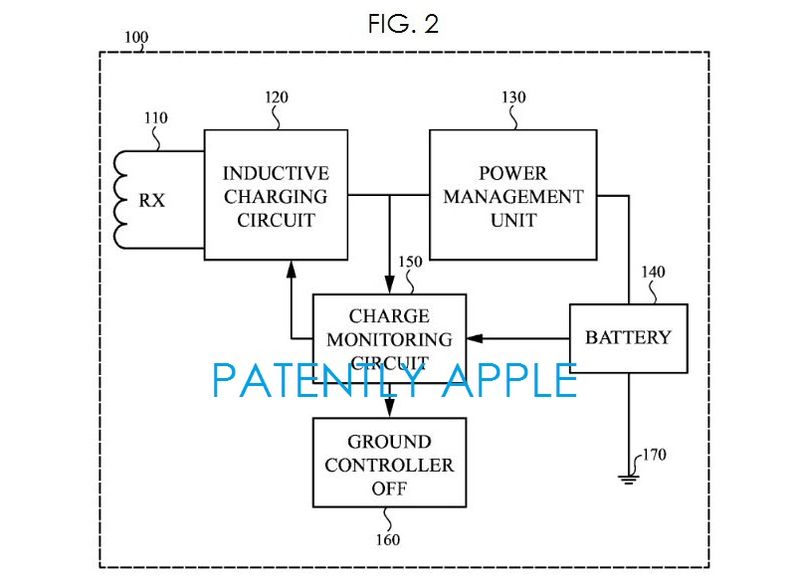 Apple's patent FIG. 3 is a process flow diagram showing method of controlling an inductive charging system within a portable electronic device having a battery. 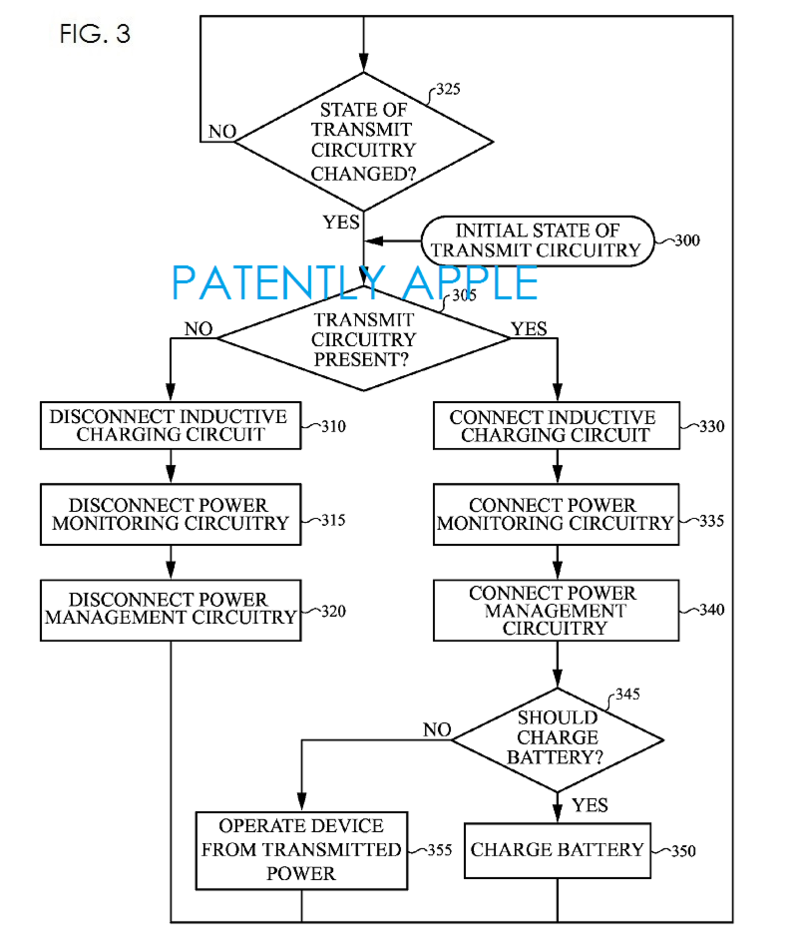