Who will be first to introduce a 3D Camera in Mobile Devices in 2015 – Apple, Samsung or Microsoft?

In 2013 Intel predicted that their breakthrough 3D camera for mobile devices would debut in 2014. While that didn't happen on schedule, Intel vowed that it would show up in products in 2015, and it did. Their 3D camera did in fact show up in HP's new desktop called the Sprout that supports the 3D creation process. Google's Project Tango was to be the first smartphone to use a 3D camera, but the technology powering the new smartphone camera was acquired by Apple, so the timing of that project has been delayed. Meantime, Samsung is preparing for the 3D camera era. The U.S. Patent & Trademark Office recently published a patent application from Samsung that reveals a future smartphone incorporating a 3D camera that could be used to create 3D models.

So the race is on. Will it be Samsung, Apple or even Windows 10 smartphones that will introduce a new killer 3D camera later this year? Only time will tell.

You could read more about the Samsung Invention over at Patently Mobile. Samsung's patent FIG. 5A noted below illustrates a top view depicting a scheme for obtaining position information for 3D modeling. 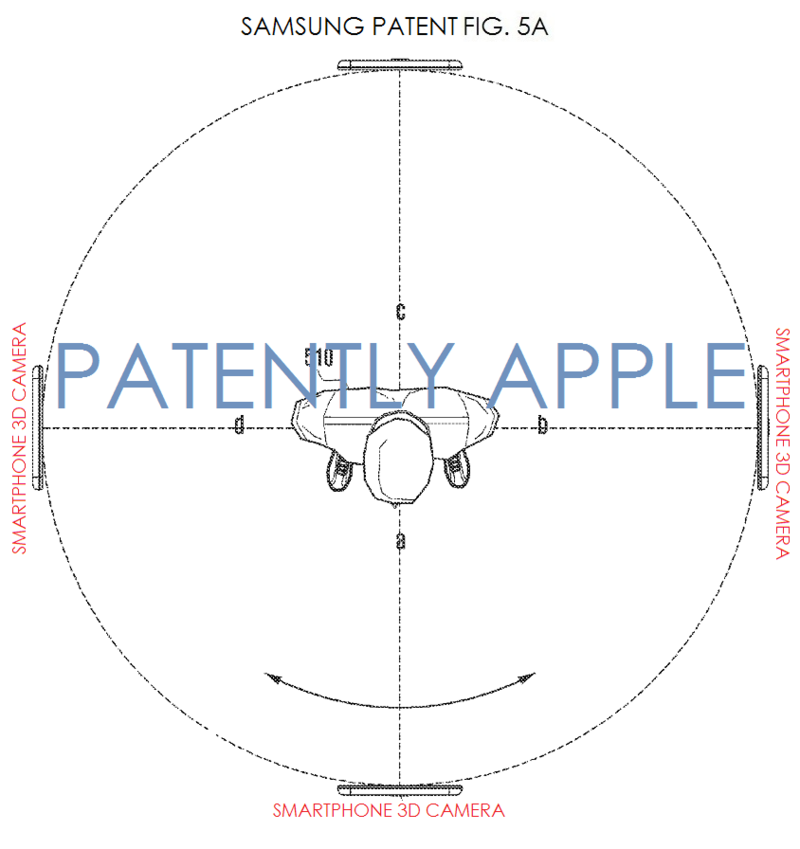 Considering that Apple now owns the 3D camera technology from PrimeSense that was once destined for Google's Project Tango smartphone, we have to wonder if Apple will be bringing this killer camera feature to market later this year for iPhones and iPads ahead of the pack and especially Samsung.

While Apple isn't always first with bringing technology to market, in this case there's nothing really holding them back for a release in 2015 technically. Then again knowing Apple, they'll only bring something to market when the hardware and software are just right.