A couple of weeks we posted a report that Samsung was reportedly to gain 70% of Apple's A9 Processor Orders. Yesterday, re/code was apparently given word by their sources that Samsung sealed the deal. The news site stated that Apple "has turned to Samsung for its next-generation A9 chip."

The report pointed to Samsung holding "a technological edge over TSMC when it comes to the latest manufacturing process. Samsung has managed to shrink the size of the transistors on its chips to 14 nanometers — effectively packing more processing power into a smaller space and consuming less power."

Of course Taiwan Semiconductor Manufacturing Company (TSMC) is in the process of building a new plant that will be filled with next generation equipment and Apple may have decided to temporarily use Samsung while TSMC is in this transitional phase.

With Samsung being so desperate to get back to profitability, perhaps they simply offered to save Apple a billion dollars to make up for their patent infringements – or maybe it was Apple who wanted access to Samsung's new ePoP memory technology for either Apple Watch part deux or for their next generation iPhone.

The Korean press today stated that the "The newly launched ePoP for smartphones can be contained into a package with APs and take up as much as 40 percent less space, allowing for slimmer designs." With Apple's insatiable hunger to forever seek out thinner device designs and form factors, a 40% reduction would be very tempting. 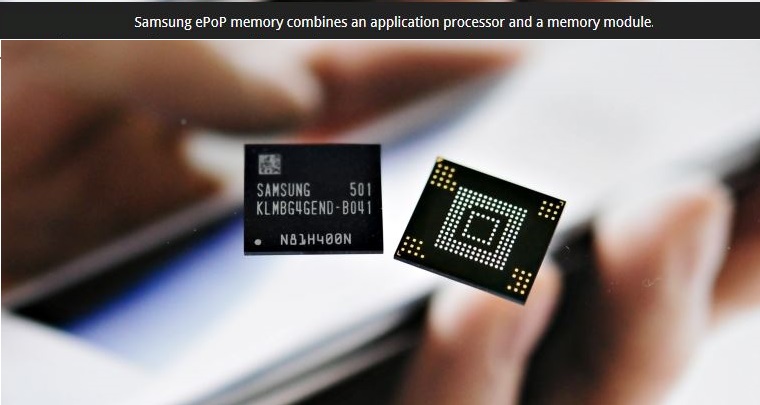 With that being said, Today TSMC wanted to get the word out that they'll be back in the race with Samsung next year. According to Taiwan sources "Taiwan Semiconductor Manufacturing Company (TSMC) will have its backend integrated fan-out (InFO) wafer-level packaging (WLP) technology ready for 16nm chips, eyeing orders for Apple's A10 processors."

Considering TSMC won't have 14nm, why do they think that they'd even be in the race? Well, they have their own processor advantage that they're ramping up for 2016. TSMC's in-house developed InFO-WLP technology will be first available for the foundry's 16nm FinFET process manufacturing in 2016, and be ready for a more-advanced 10nm process in 2017, the sources said.

The IEEE digital library describes InFO-WLP this way: "For the first time, radio frequency (RF) circuits with InFO-WLP have been fabricated to illustrate how the high Q inductor can be used to dramatically improve performance and power consumption concurrently." Japan's i-Micronews adds that InFO-WLP "will enable high-definition video streaming and fast file transfer applications," which could be very appealing to Apple if they wish to bring Apple TV to the iPhone as a streaming TV service over the next two years.

In the end, Apple likes having two of the greatest chip makers on the planet fighting it out for their business on price, performance and breakthrough technology. It's good for Apple and their loyal fan base who'll keep buying the next great iPhone as long as Apple keeps pushing the envelope.