Home Archives Contact Us Subscribe Twitter MeWe Facebook Patently Mobile
Apple's iPhone-iOS Growth leapt by 46.1% in Q4 While Earning the Majority of the Smartphone Industry's Profit
Students around the Globe that use Macs and iDevices May be Eligible to Receive Free Microsoft Office 365

Smartflash wins their Lawsuit against Apple who Vows to Appeal

Bloomberg reported late last night that Smartflash had won their case against Apple. Smartflash was seeking $852 million in damages and the jury awarded them $532.9 million.

Kristin Huguet, an Apple spokeswoman stated that "Smartflash makes no products, has no employees, creates no jobs, has no U.S. presence, and is exploiting our patent system to seek royalties for technology Apple invented. We refused to pay off this company for the ideas our employees spent years innovating and unfortunately we have been left with no choice but to take this fight up through the court system."

According to Bloomberg, Apple attacked every aspect of Smartflash's case. It said the patents were invalid and weren't infringed. It said Smartflash didn't have complete control of the patents and waited too long to file suit. It also argued that Smartflash's royalty demands were "excessive and unsupportable."

When discussing Smartflash's patents, James Batchelder a lawyer representing Apple told the jury that "They are not just invalid, they are invalid many times over." 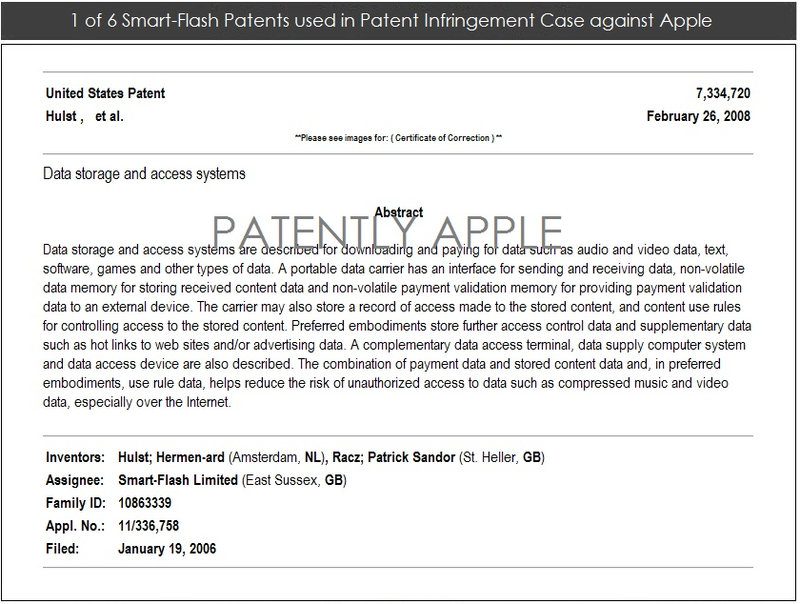 Smartflash is also suing Samsung and Google. For more on this see Bloomberg's full report.