Today the U.S. Patent and Trademark Office granted Microsoft six design patents. Out of the six there was one of particular of interest. Microsoft was granted a design patent for their Microsoft Store storefront. It was Apple who began patenting and/or trademarking the distinct designs of their Apple Stores in malls as well as their flagship store designs and even elements within their Stores like glass staircases and beyond. Apparently Microsoft thought it would be wise to follow Apple's course of action. For more on this see our Patently Mobile report.

In 2010 Apple filed for a distinctive design and layout patent as noted below and was granted that design in 2013. 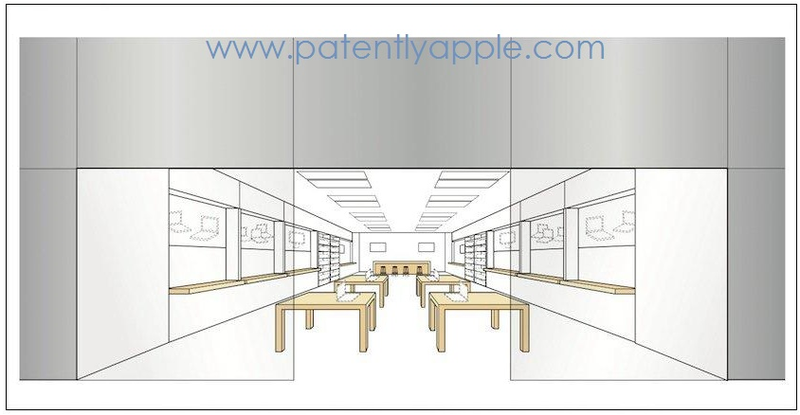