Yesterday we reported that Ericsson had filed two patent infringement lawsuits against Apple, not a single case, and that only one of the lawsuits provided details. The first lawsuit presented 8 out of the 41 patents involved in their battle with Apple. Twenty-four hours later and the details are getting clearer. Thus far Ericsson has in fact filed seven patent infringement lawsuits against Apple bringing the total to 33 patents. That tells us that there are eight more patents to be made public in future Ericsson filings.

The new court documents inform us that the cases were assigned to Judge Rodney Gilstrap and referred to Magistrate Judge Roy S. Payne.

Our chart below presents you with the seven current lawsuits filed by Ericsson against Apple. The chart highlights Ericsson's case numbers and how many patents are listed in each in red. Why Ericsson is dividing the case in this way is unknown at this time.

However, it could be that Ericsson is breaking the lawsuit down into distinct groups with each covering an aspect of their technology such as 2G, 3G, 4G/LTE and so forth in the hopes of winning a part of their case with Apple. There are also two plaintiffs listed on the lawsuits which could be another factor to consider. 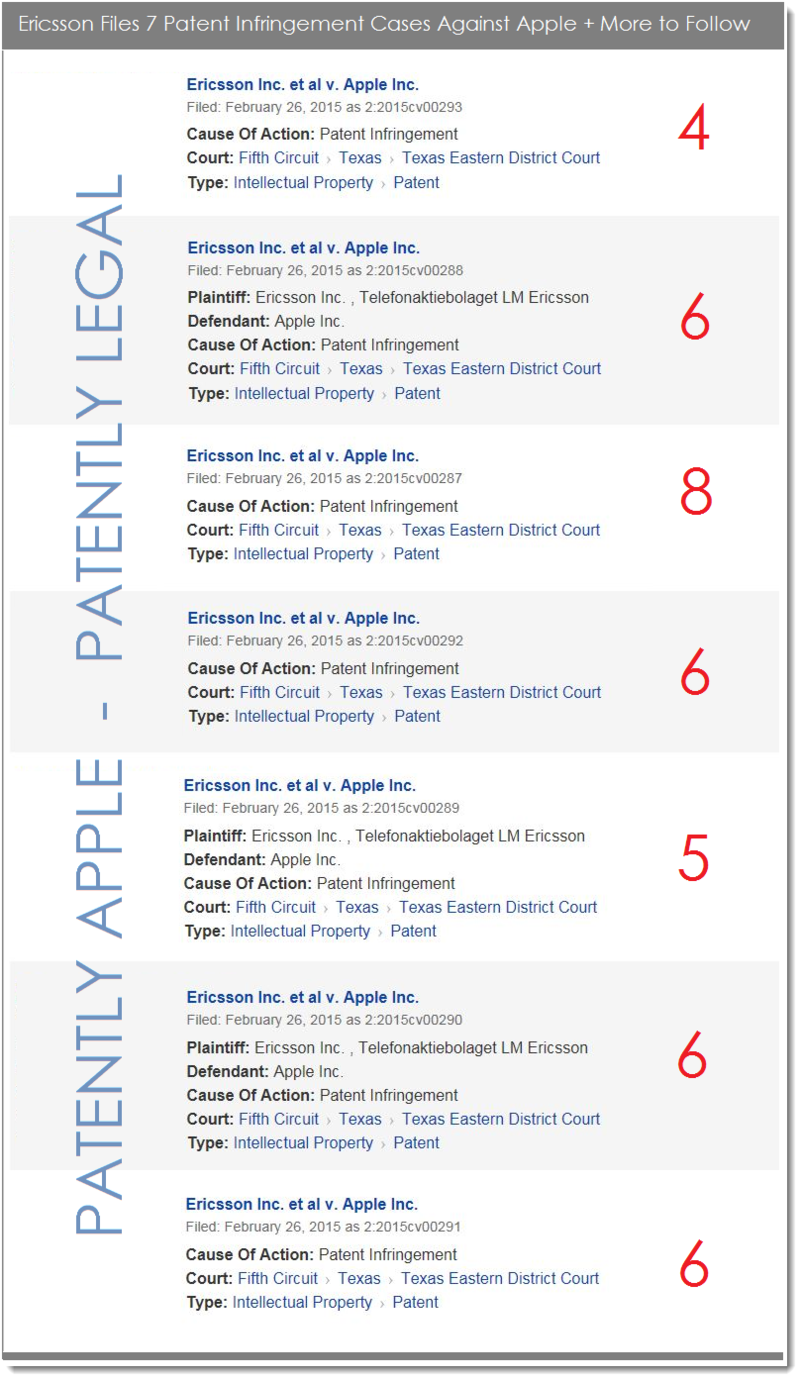 With so many patent infringement cases being filed against Apple consecutively, it's hard not to view this as Ericsson going nuclear on Apple. If they lose this case, their 100 or more licensees are likely to challenge Ericsson in the future when it comes time to renew their licenses. So stopping Apple now by getting a jury to find them guilty of patent infringement is the only way that they could avoid a flood of future lawsuits against licensees challenging their FRAND term based agreements. This is going to be a very nasty battle to be sure.