Did Copycat Samsung Get Sucker Punched by this Apple Patent? 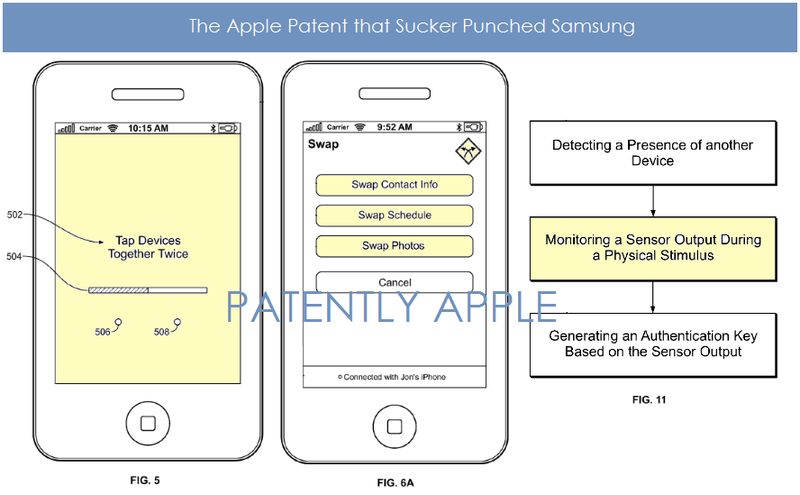 The late Steve Jobs did have his own geeky sense of humor. He and the Woz liked to play jokes on people. When introducing the original iPhone during a 2007 keynote, Steve Jobs showed a slide of an iPod with a rotary dial that made many laugh. The funny thing is that it wasn't just a one-time photo, it was part of a prank iPhone patent as we noted back in 2010. That prankster side of Apple showed up again years later when they filed for a patent that would allow information to be shared with peers of friends by double tapping two iPhones together. Does that sound oddly familiar?

Apple never released that iPhone feature, but interestingly Samsung did. Samsung thought that they were so smart copying Apple's patent filing that they even made a TV ad to flaunt this advancement in May 2013.

Then Apple's turned the tables on Samsung one month later when Craig Federighi introduced a new feature called "Air Drop." We featured that in our WWDC 2013 keynote report under the sub-header "Federighi's Knockout Punch: AirDrop." 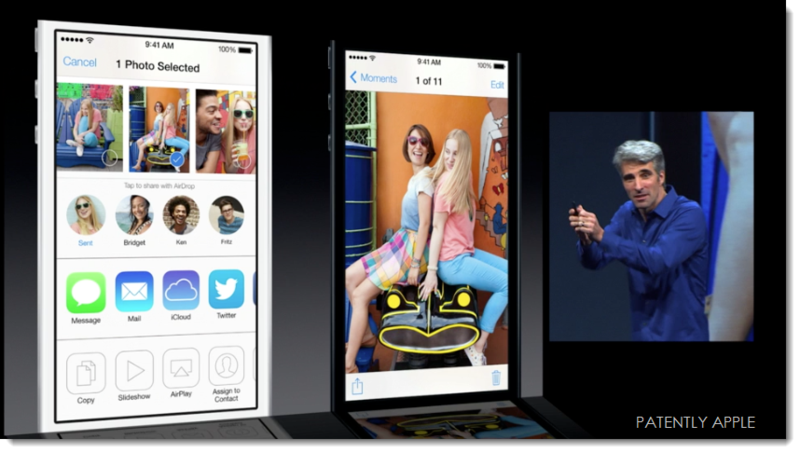 Federighi had a field day mocking Samsung for having to have people tapping phones together just to share a photo. Apple's solution was simply so superior that he had us all in stitches. Hell, he even had his own team including Eddy Cue laughing hysterically over his masterful mockery of the Samsung smartphone feature as noted below. 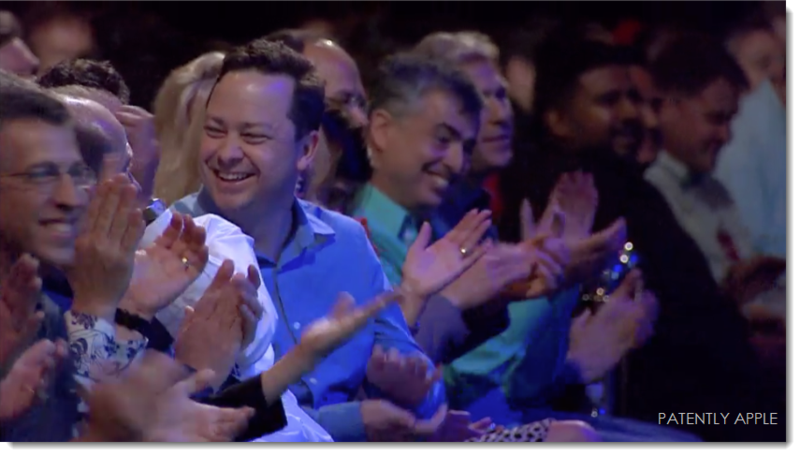 To rub it Samsung's face, Federighi made a comment in September 2013 that "New is Easy. Right is Hard." Our report covering that statement covered the entire mockery of Samsung in detail.

Who knew at the time that this all truly began with a real Apple patent application published back in 2010? Our cover graphic with the tap-twice instruction came from that very patent that you could review for yourself here.

Hmm, it makes you wonder how many other prankster patents Apple has lurking around? I guess only time will tell.