Today the U.S. Patent & Trademark Office published a patent application from Apple that reveals their ongoing work on an iPhone with a wraparound display. In fact the application was only filed three months ago. The original invention was covered in our March 2013 report titled "Stunning Future iPhone with Wraparound Display Revealed." Today Apple's patent application reveals that they've updated the invention's patent claims covering updated features that they want protected. .

The body of the patent application is identical to the original. What changes is that Apple's ongoing work on this project is reflected in updating of their patent claims for invention protection.

Other notable changes found in their 2015 patent claim update include seven references made to the use of printed circuit boards (PCB) that were absent from the original patent filing and a reference made to "the transparent housing component comprises a layer of curved glass." 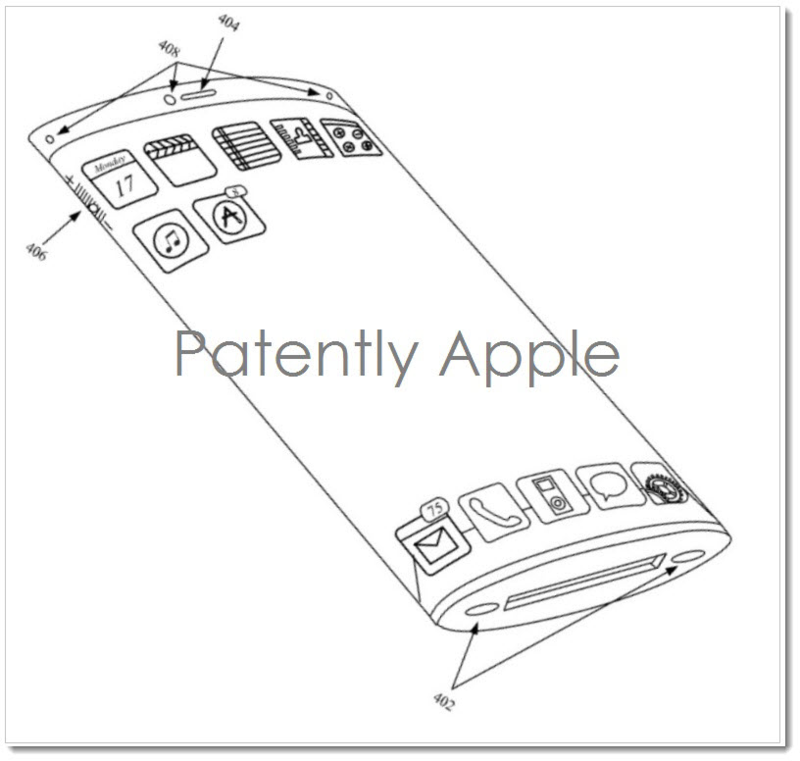 We know that Apple's new iPhone 6 design is wildly popular and likely to be with us for some time. Whether a wraparound glass display is what's next for the iPhone is way too early to predict as the fast pace of innovation in smartphone design may dictate the next design. It could be a wraparound display design or one that's similar or perhaps even a dual display design that competitors have on the drawing board.

Apple credits Scott Myers as the sole inventor of patent application 20150043139 which was filed in Q4 2014. Considering that this is a patent application, the timing of such a product to market is unknown at this time.