Last Friday Apple filed a series of trademark applications for a key "Apple Watch" user interface graphic. Today the U.S. and European Patent & Trademark Offices published Apple's application filed under International Class 9 which covers all manner of computers, interfaces for computers and beyond. 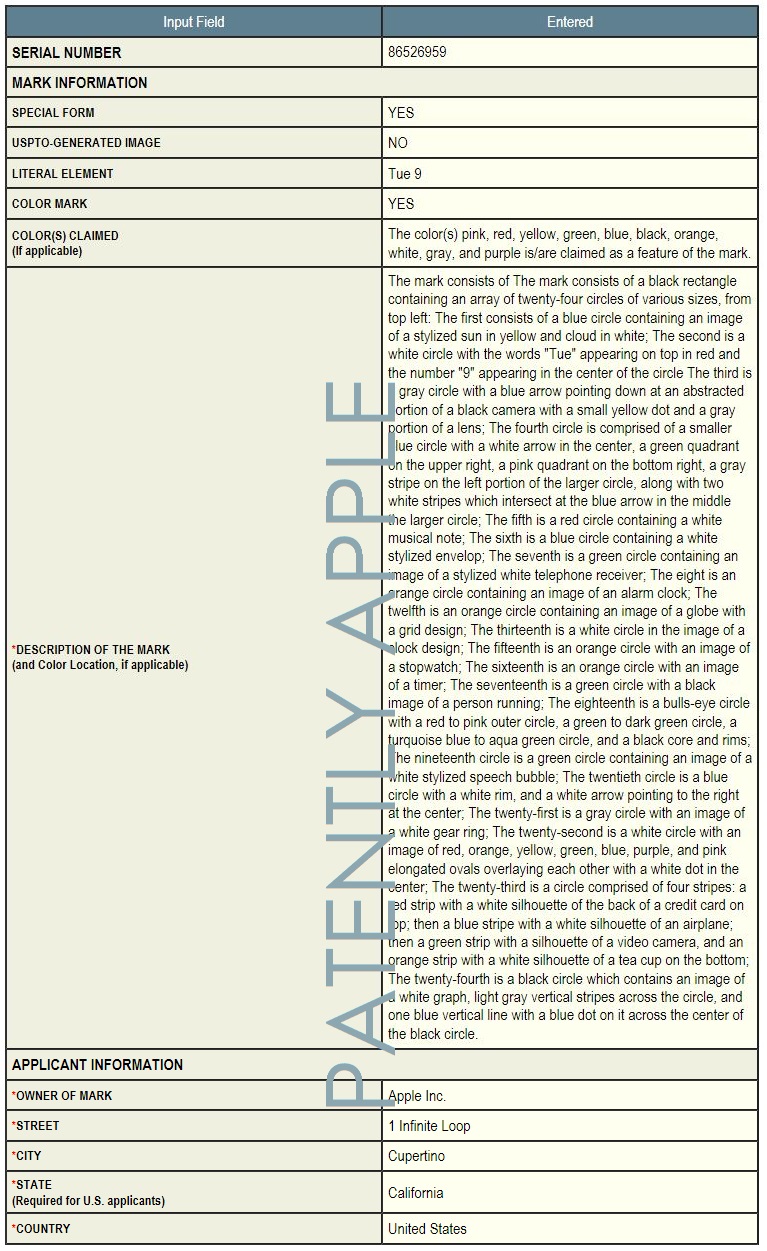 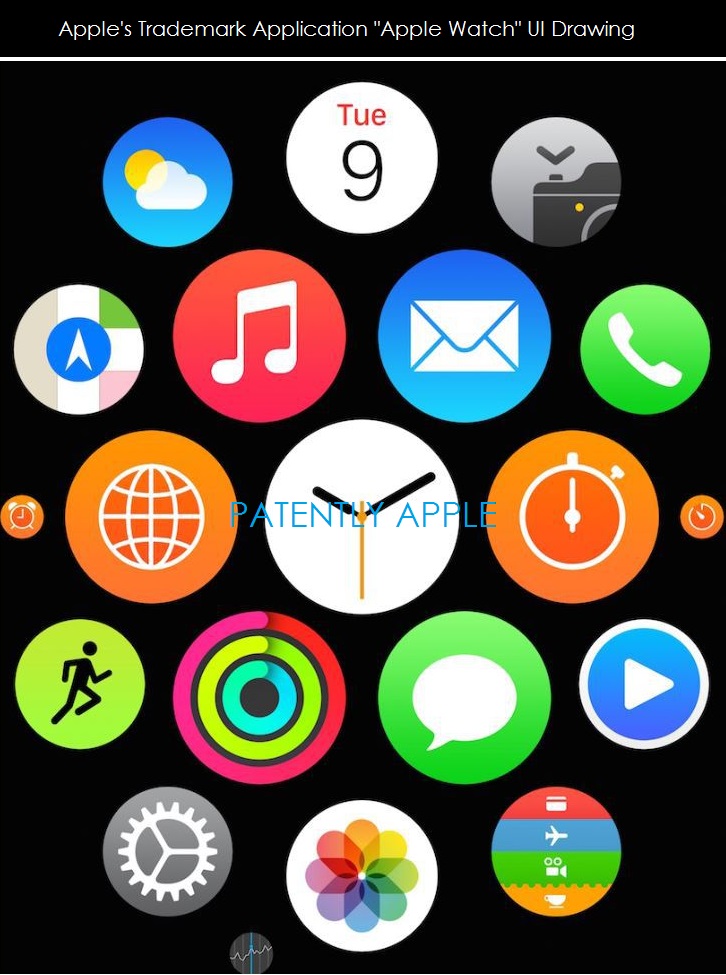 Apple Watch is a smartwatch created by Apple Inc. that was announced by Tim Cook on September 9, 2014 as noted in our photo below. The watch incorporates fitness tracking and health-oriented capabilities as well as integration with iOS and other Apple products and services. Apple announced the Apple Watch as three 'collections', distinguished by different combinations of cases and interchangeable bands. The watch relies on a connected iPhone to perform many of its functions, and will be compatible with the iPhone 5 and later iPhone models running iOS 8.2. During Apple's latest Financial Conference Call Tim Cook confirmed that Apple Watch would begin shipping sometime in April. 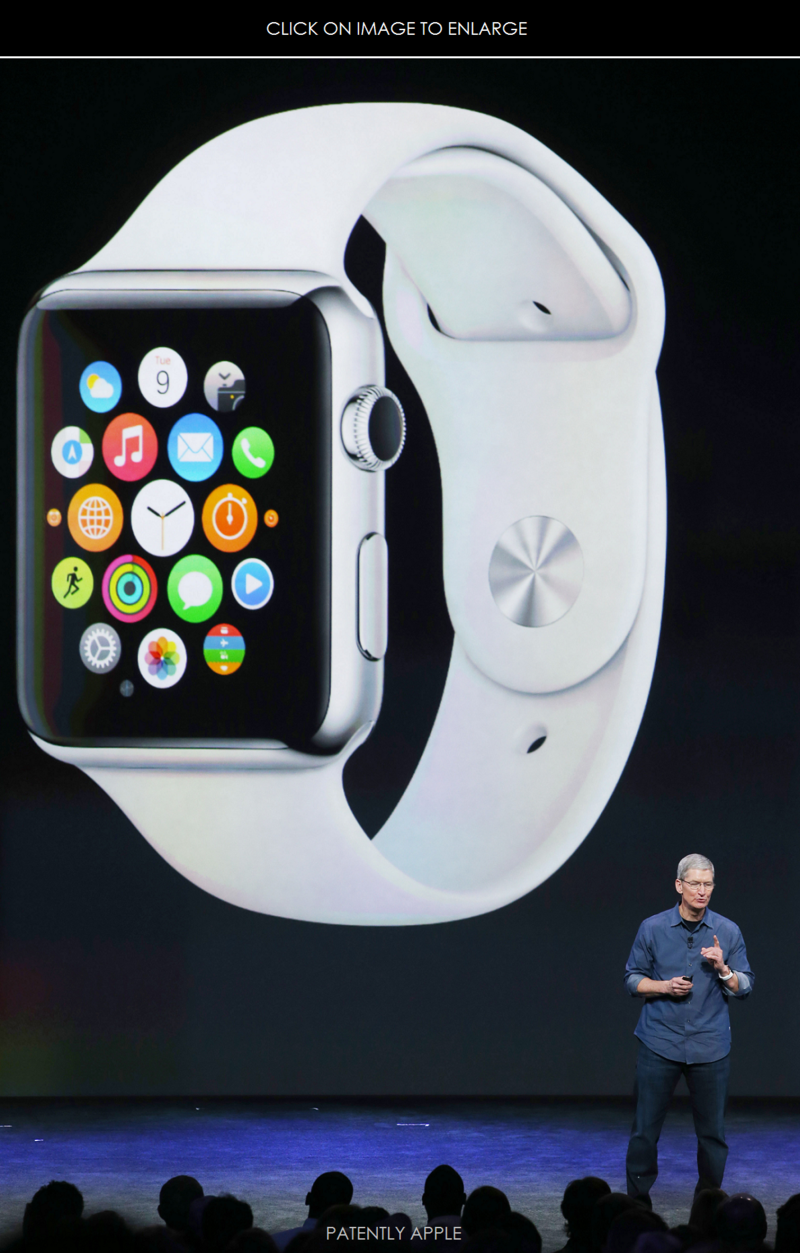 Priority based on foreign filing: Apple has a bona fide intention to use the mark in commerce on or in connection with the identified goods and/or services and asserts a claim of priority based on Jamaica application number 65499, filed 09/17/2014.