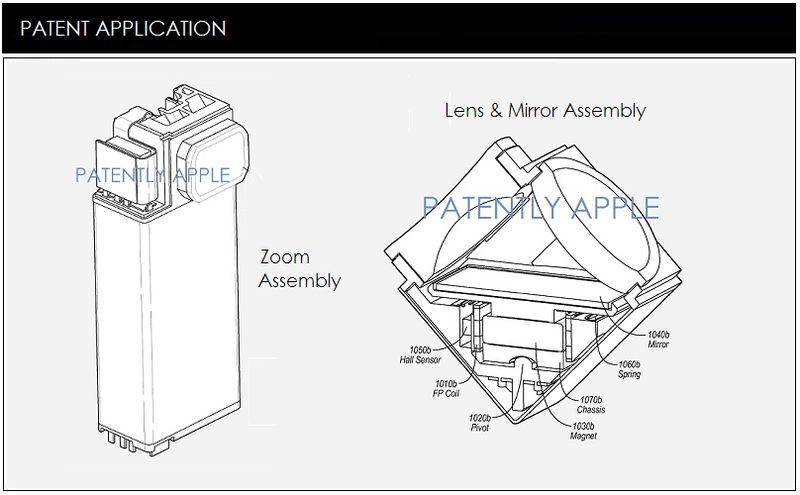 Today the U.S. Patent & Trademark Office published a patent application from Apple that reveals their work on delivering a real zoom lens mechanism for future iDevices like the iPhone. The invention delves into a new mirror tilt actuation system. While Apple has just added an advanced Optical Image Stabilization feature to their new iPhone 6 Plus, one of the next big things that could be coming to future iDevice cameras is a true mechanical zoom lens feature. If it delivers, it could be a killer feature.

Miniature cameras are typically used in mobile devices such as cellphones and other multifunction devices. In such devices, space is a premium and every effort is made to minimize the camera size. A zoom lens is a lens where the lens elements can be moved relative to one another to change the focal length of the lens. In doing so, this changes the field of view of the lens.

In addition, such a lens is most typically required to adjust focus for different object distances. Many different configurations of zoom lens are possible. However, for a typical optical zoom lens, there are at least two lens groups that move independently of each other along the optical axis relative to the image sensor, but in a relational manner to each other. There are additionally typically further lens groups that remain stationary relative to the image sensor.

In multifunction devices, the image captured by the image capture device or camera is frequently of lower quality due to the shaking of the user's hand. Optical image stabilization (OIS) has been attempted to compensate for this phenomenon.

OIS adjusts the direction of the field of view of the camera to compensate for user motion. There have been various schemes proposed for miniature cameras, including: "lens barrel shift," in which the complete lens is moved in directions orthogonal to the optical axis relative to the image sensor; and "camera tilt," in which the lens and image sensor are together tilted relative to a support structure. For cameras and image capture devices in multifunction devices, neither method is practical.

More specifically, Apple's invention covers systems and methods for mirror tilt actuation. Some embodiments include an image sensor and a zoom lens assembly including a plurality of movable lens elements arranged to be moved independent of one another.

In some examples we're able to see that a plurality of "movable lens elements" can share an optical axis. Some embodiments include a lens and mirror assembly for admitting light to the miniature camera. 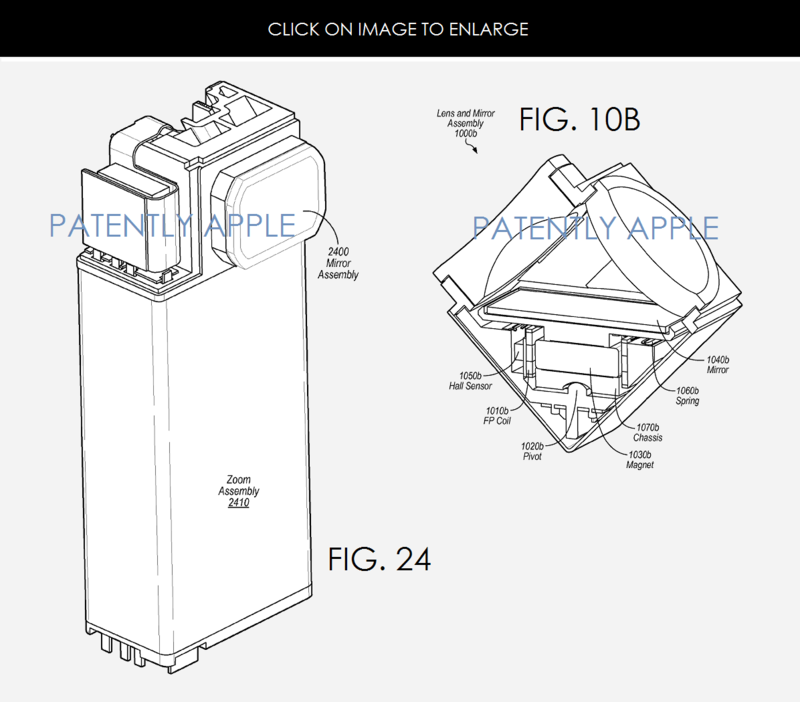 In the series of patent graphics below (3, 4 and 5) we see a camera for use within a portable multifunction device like an iPhone. We're able to see cross-sections through the optical stack of the camera including a color-splitting prism, an image sensor substrate assembly, a zoom second moving lens group, a zoom first moving lens group, a mirror and an optical image stabilization mechanism. With the patent figures set side by side as we present them you're able to see the second moving zoom lens mechanism in action. 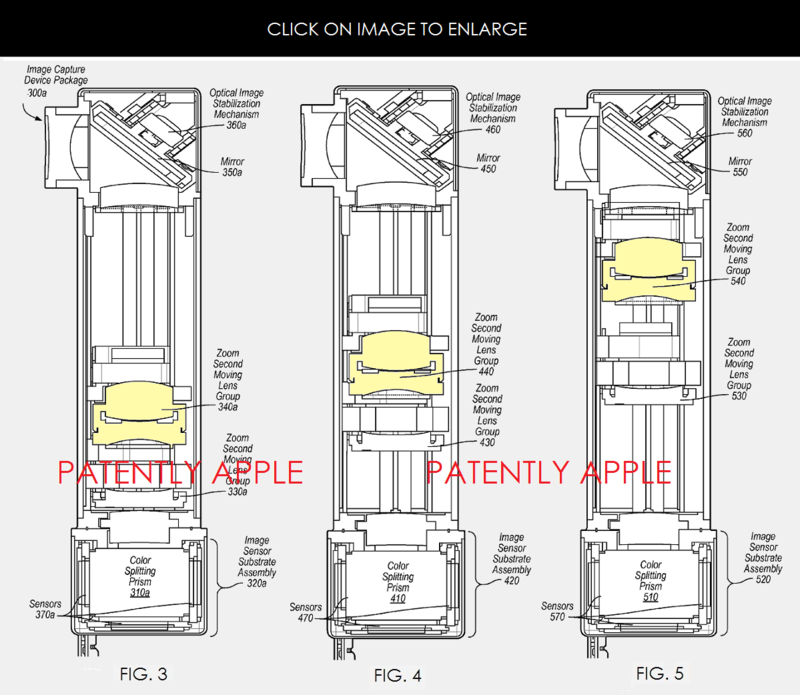 This is yet another patent steep in details that can't be captured adequately in this report. For those wanting to dig deeper into Apple's invention, click here

Apple credits Ning Chan, Richard Topliss and Steven Webster as the inventors of patent application 20150042870 which was originally filed in Q4 2013. Considering that this is a patent application, the timing of such a product to market is unknown at this time.

At the end of the day, Apple may have found a mechanical zoom lens solution designed for the miniature cameras found on Apple iDevices. Such a solution would surely beat having a camera lens hanging off the back of your smartphone like Samsung's solution provides. They're really adding a smartphone to a camera while Apple is working on real solution like the one noted above. Now make it happen Apple. Don't drag this out for a decade. Cheers.