Apple is the World's Number One 4G LTE Smartphone Supplier

A new technology market research report published by Hong Kong's –based Counterpoint late last week found that Apple was the leading 4G LTE smartphone supplier in the fourth quarter of 2014 with 35% market share globally. The report noted that Apple topped the chart due to rising demand for its new iPhones and that one in three LTE phones shipped on the planet was an iPhone. 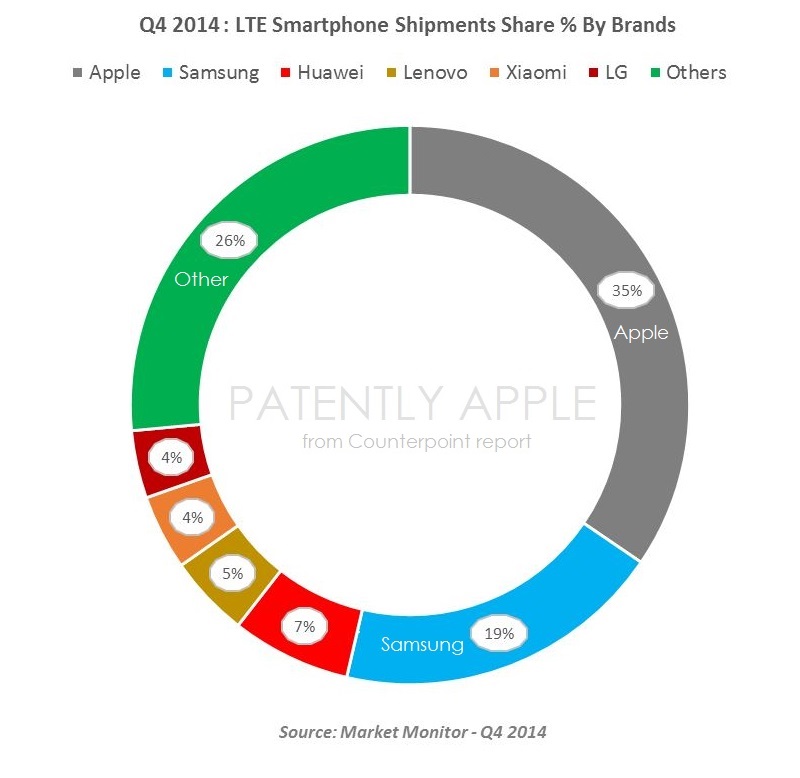 One of the most important stats found in the report was that Apple captured almost two-third of the total LTE phone revenues during the quarter and almost 80% of the premium LTE phone revenue.

And lastly, the report noted that Samsung was the second largest 4G LTE smartphone supplier in the quarter with 19% market share.