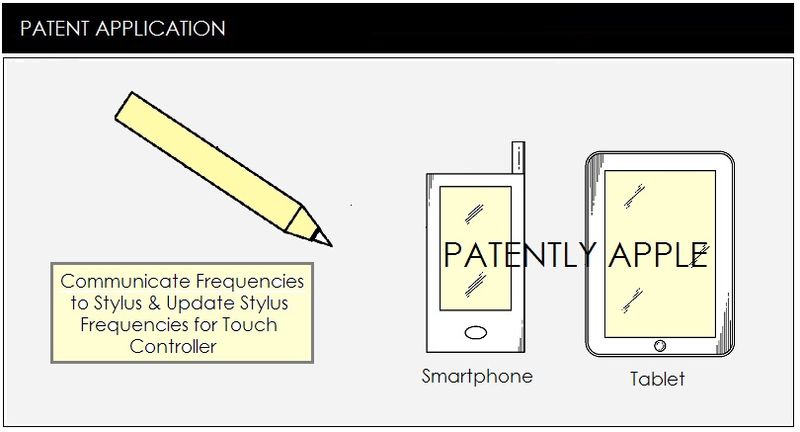 In general, the touch sensitive device can recognize a touch or a hover event and the position of the event on the touch panel, and the computing system can then interpret the event in accordance with the display appearing at the time of the event, and thereafter can perform one or more actions based on the event.

Touch sensitive devices are being developed to recognize more and more types of touch and hover-events. Apple recognized that device circuitry needed to be developed to perform an increasing number of events in a timely and accurate manner.

Apple's invention generally relates to a stylus and, more specifically, to a stylus that can be used with a touch controller architecture that can be configured according to a scan plan.

The touch controller can also include a programmable scan engine to configure the transmit section, the receive section, and the memory according to the scan plan.

Apple's patent FIG. 1 noted below illustrates an exemplary computing system implementing an exemplary touch controller that can detect both touch and hover events caused by objects such as a finger or a stylus. 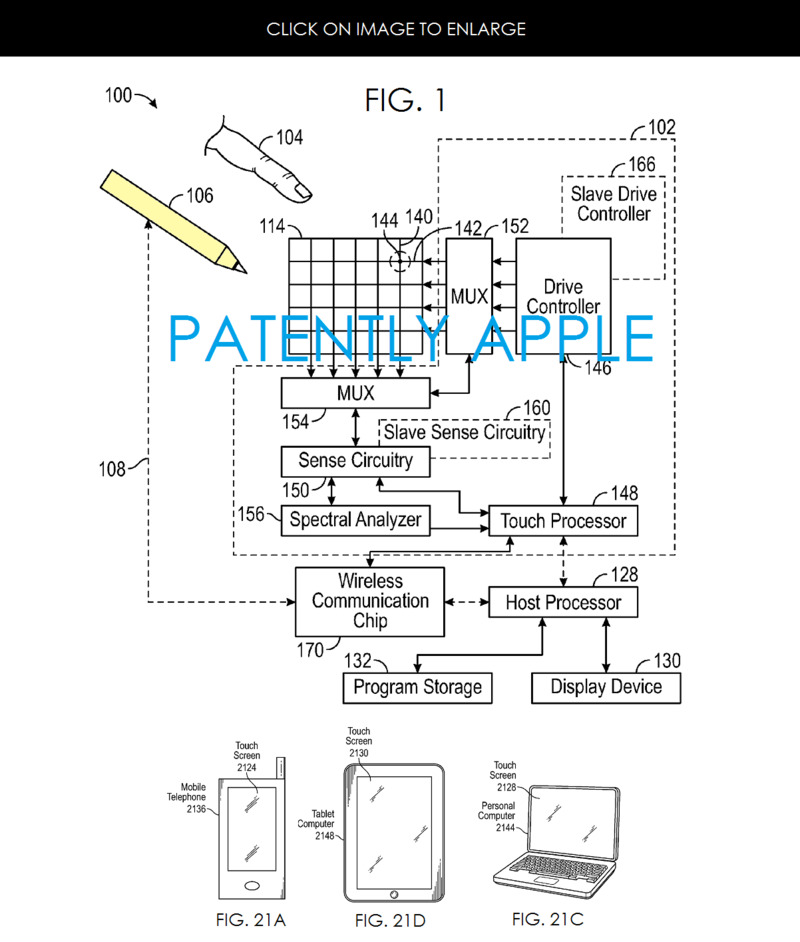 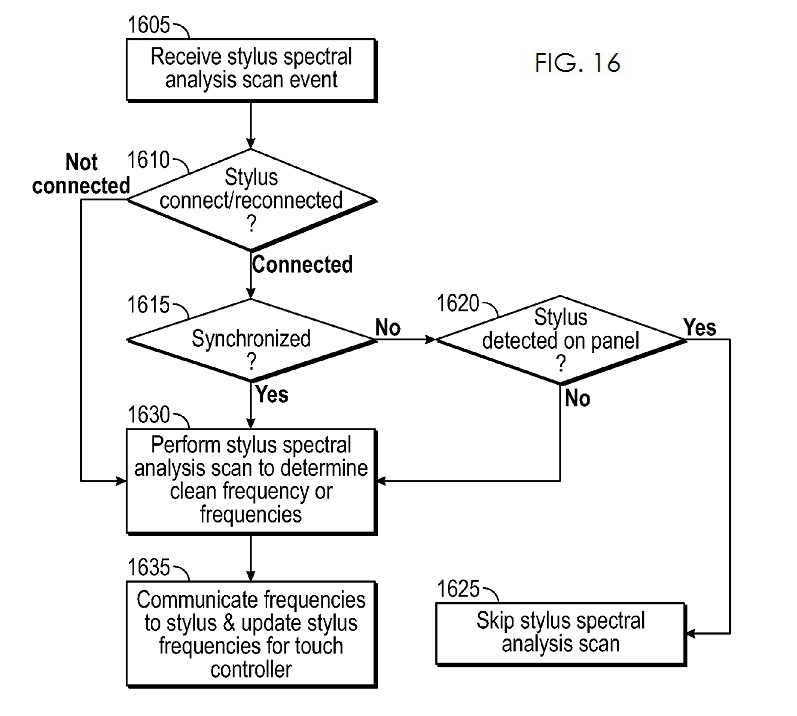 Scan Architecture for a Touch Controller Configuring a Master-Slave Circuit In some examples, the master and slave touch controllers can provide for a bi-directional data transfer to enable both controllers to have the full image of touch. Master-slave configurations can allow for scanning high density touch sensor panels (e.g. a 40.times.30 array of rows and columns) with low density circuits (master and slave circuits can each stimulate 20 rows and sense touch signals generated by any of the 40 rows on 15 columns).

Apple credits Shahrooz Shahparnia as the sole inventor patent applications 20150035769 and 20150035797 which were originally filed in Q3 2014. Considering that this is a patent application, the timing of such a product to market is unknown at this time. To review other Apple Smart Pen patent filings, see our archives.

Intel to Announce a New Stylus Alliance & Standards in February