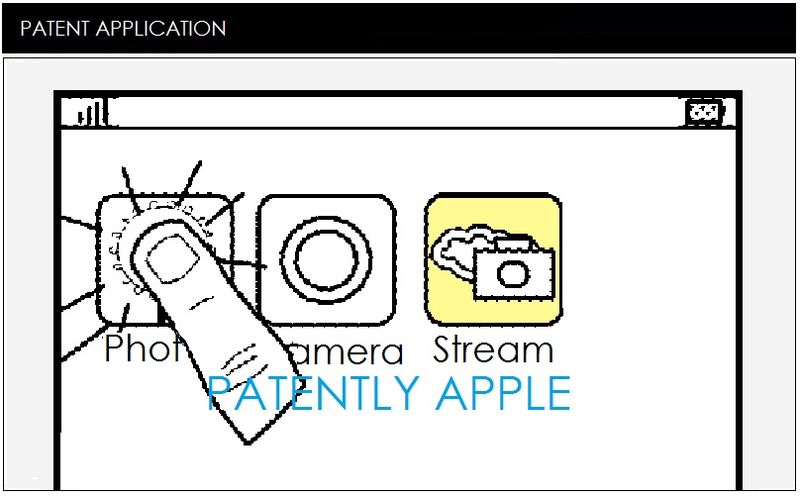 Today the U.S. Patent & Trademark Office published a patent application that titled "Scrollable In-Line Camera for Capturing and Sharing Content." Today Apple offers a simple way to stream content via "My Photo Stream" that's part of iCloud Photo Sharing. In this latest patent application, it appears that Apple wants to expand photo and video sharing capabilities on iDevices by introducing a new Streaming App that is clearly shown in Apple's patent figures as separate app from their current Photo or Camera apps of today. Our report provides you with the basics of the new app and a link to the patent for those wanting to explore it in more detail. The app is apparently going to make it a lot easier to post your photos to websites in addition to being able to mark them up quickly with short comments.

In today's digital age, there are many different ways that people can share media content, such as photographs and video clips. As an example, a person can take a picture and share it with some friends by posting it to a social network website. The person can also take a group of pictures and create a slide show presentation with a music track to share with other people. Thus, a person can choose one or more different ways to share media content.

Although a person can make such a choice, the task of actually sharing media content can be cumbersome. This usually entails the person opening different applications that executes on a computing device and navigating through various application screens. For example, in sharing a photo, the person has to first open the device's camera application to capture the photo. The person has to then open a photo application and navigate to a camera roll screen or some other collection screen to review the photo. From there, if the person is satisfied with the photo, the person can open a social network application and upload the photo to a social network website. However, if the person is not satisfied, he or she must reopen the device's camera application to take another photo, and repeat the same cumbersome process.

In some embodiments, when a piece of content has been accepted, it is posted to a website so that it could be shared with a particular group of people. 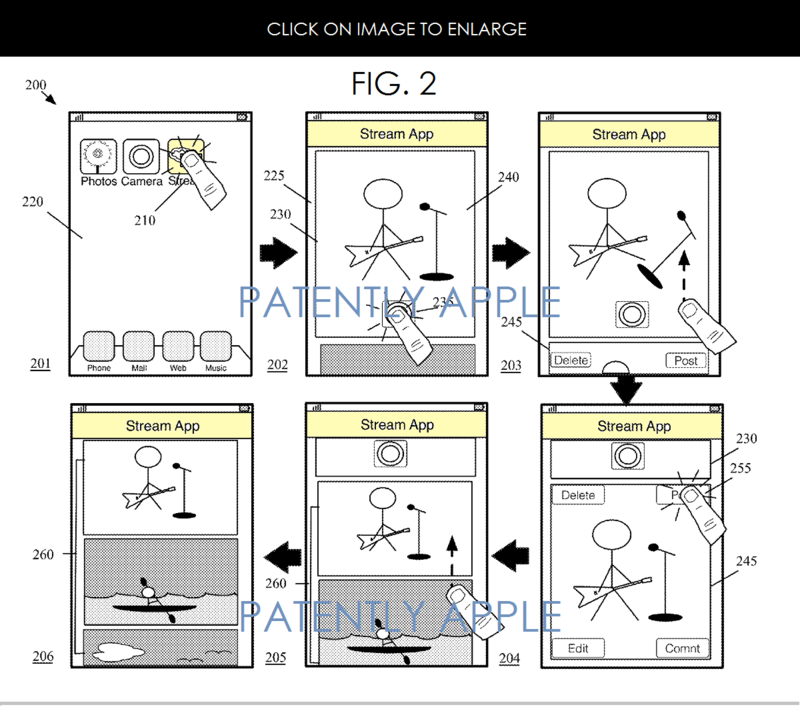 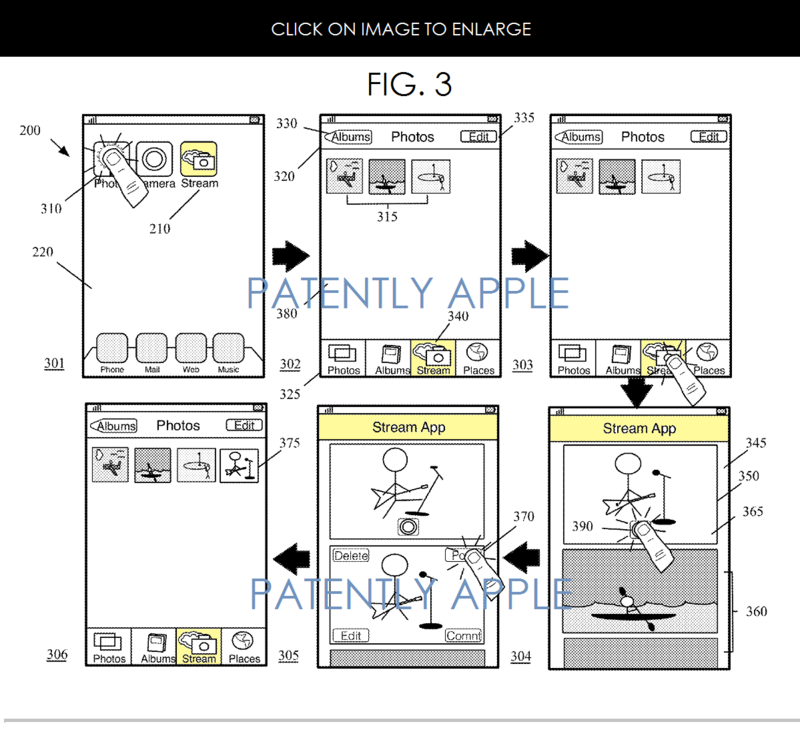 Apple credits Andrew Rauh as the sole inventor of patent application 20150058754 which was originally filed in Q2 2014. Considering that this is a patent application, the timing of such a product to market is unknown at this time.